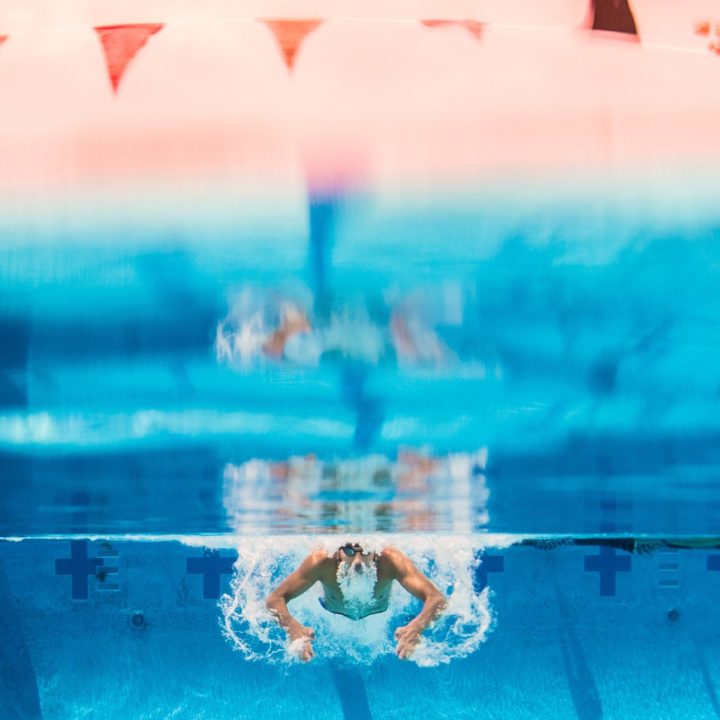 In most swimming pool or non-diving situations when the victim’s medical history is irrelevant, blackouts occur due to prior hyperventilation, followed immediately by rapid, repetitive breath-holding.

Courtesy of Julia Galan and VASA, a SwimSwam partner.

This article is the second in a series of three on shallow water blackout that we will publish to raise awareness of the issue and help prevent further tragedies from occurring. If you haven’t already please read Part 1 which was posted on Thursday, November 28 and look for Part 3 which will be posted on Monday, December 8.

Although the term “shallow water blackout” has become the most commonly used term to describe any unexplained loss of consciousness due to prolonged breath holding in a pool or shallow body of water, this terminology can be slightly confusing. Originally, shallow water blackout was used to describe blackouts among breath-hold divers, whose vertical dive to depths of 15 feet or more caused their oxygen levels to drop dramatically due to pressure changes as they ascended from deep to shallow water. (International Life Saving Federation Medical Position Statement 16)

In most swimming pool or non-diving situations when the victim’s medical history is irrelevant, blackouts occur due to prior hyperventilation, followed immediately by rapid, repetitive breath-holding. Hyperventilation can be voluntary, meaning that the swimmer deliberately breathes deeper and more rapidly than normal – for example, in order to be able to hold his or her breath longer – or involuntary, such as when a swimmer deeply over breathes to recover from a set.

Why is hyperventilation so important to causing pool-based shallow water blackout? Our bodies are equipped with a breathing reflex triggered by rising levels of carbon dioxide in our system. When we hyperventilate –whether deliberately or involuntarily due to heavy exertion – we expel greater-than-normal amounts of carbon dioxide, thus suppressing our breathing reflex for a longer amount of time. Without hyperventilation, a normal individual could not suppress the urge to breathe long enough to lose consciousness. However, if a swimmer hyperventilates and then immediately engages in prolonged periods of breath-holding, oxygen levels may lower faster than the swimmer’s CO2 levels can rise, causing the swimmer to reach the state of “anoxia” (near absence of oxygen). As a result, the swimmer loses consciousness without ever experiencing the urge to breathe, leading to water inhalation, convulsions or even cardiac arrhythmia, which occurs if pH in the bloodstream dips below 7.2. Since a swimmer experiencing shallow water blackout will have already depleted their oxygen levels before losing consciousness, there is evidence indicating that brain damage and death can happen more quickly than in regular drowning victims.

With growing awareness among the public about the dangers of pool-based shallow water blackout, many have expressed concern as to how far one has to go to reach dangerously low levels of oxygen. Obviously, breath holding, rhythmic breathing and learning how to control one’s breath are integral to swimming, whether recreational or competitive. In competitive swimming, a certain amount of surface-based and underwater hypoxic training is also useful to improve oxygen management capacity. (Safety Training for Swim Coaches Supplement, page 15). Swimmers are increasingly taking advantage of the distance they are permitted to swim underwater and, particularly for sprinters, increasing the number of strokes they take without breathing for longer periods of time to avoid having to slow down for air. Thus, they need to learn how to control their breathing and use breathing strategically during their races. But, as Dr. Tom Griffiths of the Aquatic Safety Research Group explained, “…when prolonged breath holding, underwater swimming and hypoxic training become too competitive, repetitive, forced and aggressive, it can and will be deadly. This malady most often occurs when the swimmer resists the urge to breathe.” Hyperventilation prior to swimming is also a key factor in suppressing the urge to breathe for an abnormally and potentially risky amount of time.

PLEASE TAKE A MOMENT TO COMPLETE OUR 4-QUESTION SURVEY ON SHALLOW WATER BLACKOUT.

Rob Sleamaker is known by many in the swimming community as the founder of Vasa, Inc., the company behind the Vasa Trainer and Vasa Swim Erg, widely used in the United States and around the world. Recently, Rob has been on a mission that has less to do with innovative swim training and more to do with saving lives. See why here.

I would like to relate to the expert panel a fainting incident that I experienced during an open water race 4 years ago which remains undiagnosed. I was 38years old at the time competing in a 1 mile ocean swim in approx 60degree water without a wetsuit in Oceanside CA. The race went well by all accounts. Despite tripping on the beach start, i gained ground on the pack and I was coming in to the beach on the final stretch near the front of my group, and felt strong so I went into my sprint so my heart rate was definitely up by now. The surf conditions were around 4 or 5 feet and a bit rough in the… Read more »

This is a great article. Not many people think breath holding is a serious water related issue. It can be a dangerous at all levels of swimming no matter the experience. Working for a pool management company this issue was stressed from Memorial Day through Labor Day. Enforcing rules to limit prolonged breath holding are becoming extremely important and should be watched whether swimming competitively or recreational swimming.

Can this happen with just regular lap swimming for exercise?