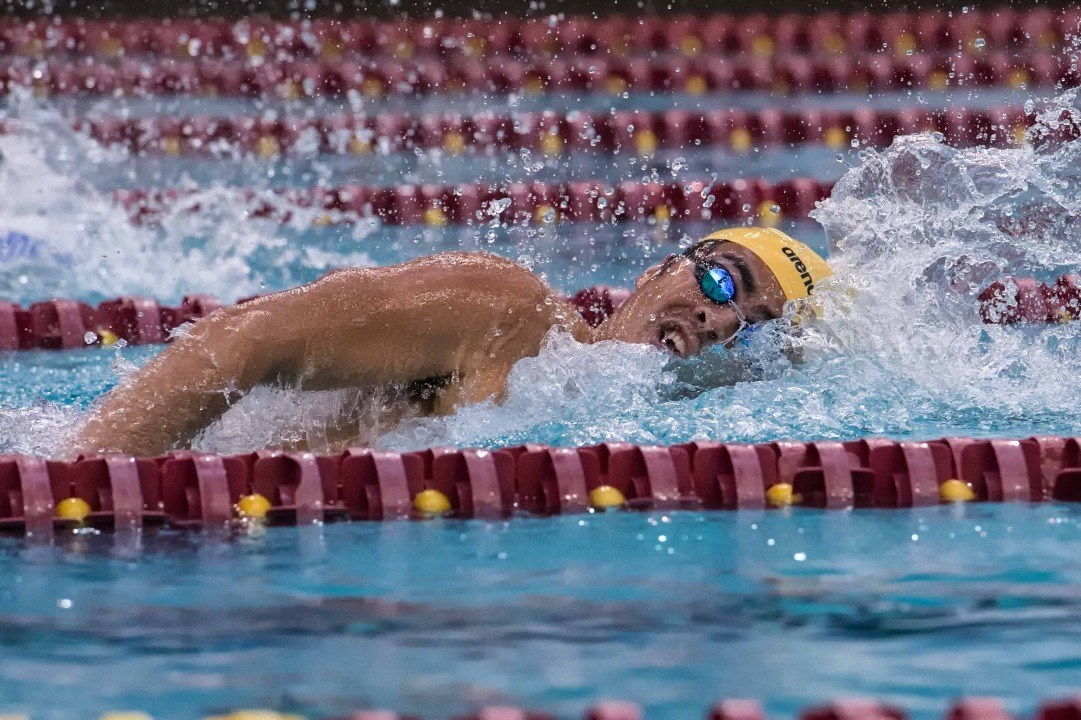 Canadian distance man Jeremy Bagshaw has thrown his name into the hat for the U.S. Winter National title. The reigning NCAA 1650 free runner-up is the biggest addition to the updated psych sheets released this morning. Archive photo via Mike Lewis/Ola Vista Photography

Canadian distance man Jeremy Bagshaw has thrown his name into the hat for the U.S. Winter National title. The reigning NCAA 1650 free runner-up is the biggest addition to the updated psych sheets released this morning.

Bagshaw, who swam his collegiate years at Cal, will represent Canada’s Island Swimming in Greensboro this week, where he’s slated to swim the 100, 200, 500 and 1650 frees. Those latter two events should set up exciting races with U.S. Olympian Connor Jaeger, who finished first ahead of Bagshaw in the mile at last year’s NCAAs. Jaeger is seeded first in both the 500 and 1650, with Bagshaw second in the 500 and third in the 1650 (not counting those seeded with 1000 times).

Out of the new psych sheets is backstroker Arkady Vyatchanin, who swims for the New York Athletic Club and is still trying to settle his official citizenship. A former Russian Olympian, Vyatchanin has been racing in the U.S. for some time now and is in the process of finding a new nation to compete with.

Still dealing with a foot injury that occurred during practice a few weeks ago, Vyatchanin will miss this meet after also skipping the Minneapolis Grand Prix. He drops out of the 100 and 200 backs, where he might have been the prohibitive title favorite, as well as the 100 fly. That opens up the backstrokes for Santa Clara’s Eric Ress, the French Indiana Hoosier grad who is now the top seed in both races.

The New York Athletic Club had also entered a number of men’s relays, but has officially scratched them as well in Vyatchanin’s absence. They were slated to swim the 400 medley, 200 medley and 400 free relay.

A couple more notable changes from the first psych sheets, which came out last Friday:

Michigan freshman Aaron Whitaker seems to be missing from the psych sheet. He’d be seeded top fifteen in at least two events. Any word on his status?