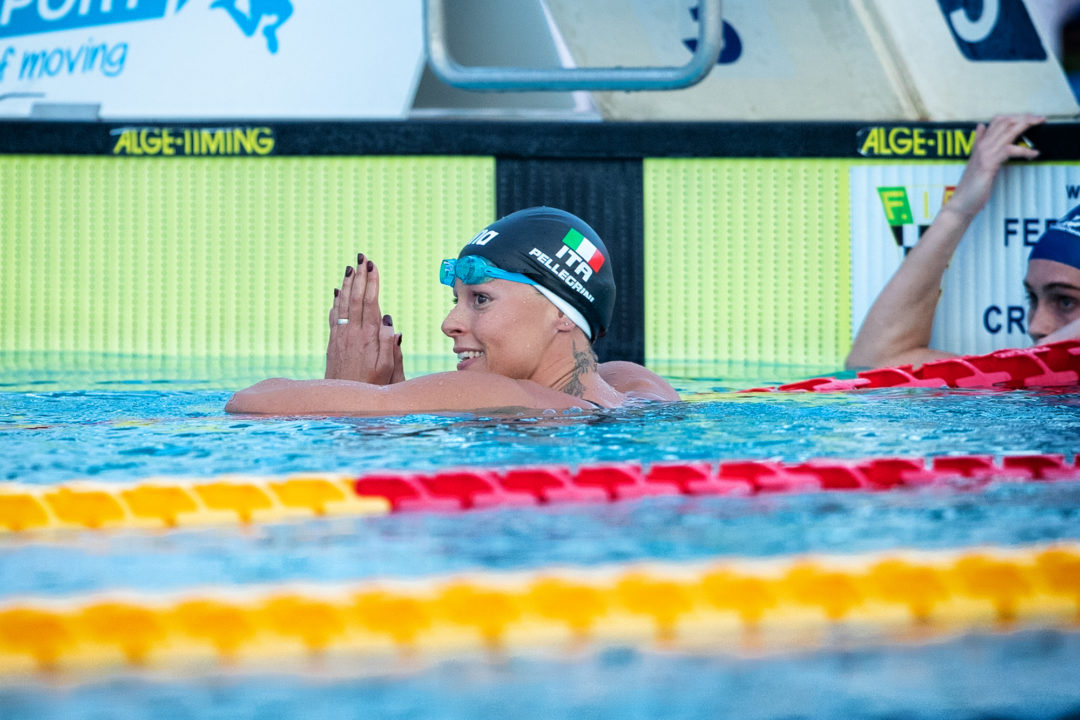 Catch up on day 3 action from the 2020 Sette Colli Trophy, including Federica Pellegrini's victory in the women's 200 freestyle. Archive photo via “Rafael/Domeyko Photography”

And just like that, the 2020 Sette Colli Trophy is over, as the 3-day affair wrapped up from Rome tonight.

Throughout the course of the competition, we saw national records, a World Junior Record, as well as a European Record bite the dust, adding to the excitement we’re in the process of mustering in light of the postponed 2020 Olympic Games.

Relive this meet by watching a selection of the day 3 action below. Videos courtesy of YouTuber Swim Swimming.

Multi-Olympic medalist and world record holder in this event Federica Pellegrini added a 200m free gold to her 100m free victory from yesterday here in Rome. The 32-year-old who once swore off this 200m free event touched in a time of 1:57.80 to clear the field by nearly half a second.

Coming in for silver was Belgian Valentine Dumont, who produced her 2nd national record of this meet. Hitting the wall in 1:58.29, Dumont’s time her overtook her previous NR of 1:58.35 set back in 2017. Dumont already earned a 400m PB and national record of 4:09.41 for bronze on night 1.

The men’s 200m free was one of the closest races here in Rome, with the top 2 finishers separated by less than .20. Turning at the 100m mark together was Marco De Tullio and Stefano Ballo, who both turned at 52.47, while Gabriele Detti was right in the mix in 52.66.

De Tullio’s performance here is a breakout race for the 19-year-old, with his previous personal best resting athte 1:48.00 he put up in Rome last year. That marked just the 2nd time De Tullio has been under 1:49, with his 1:46.56 tonight making him Italy’s 4th fastest performer all-time.