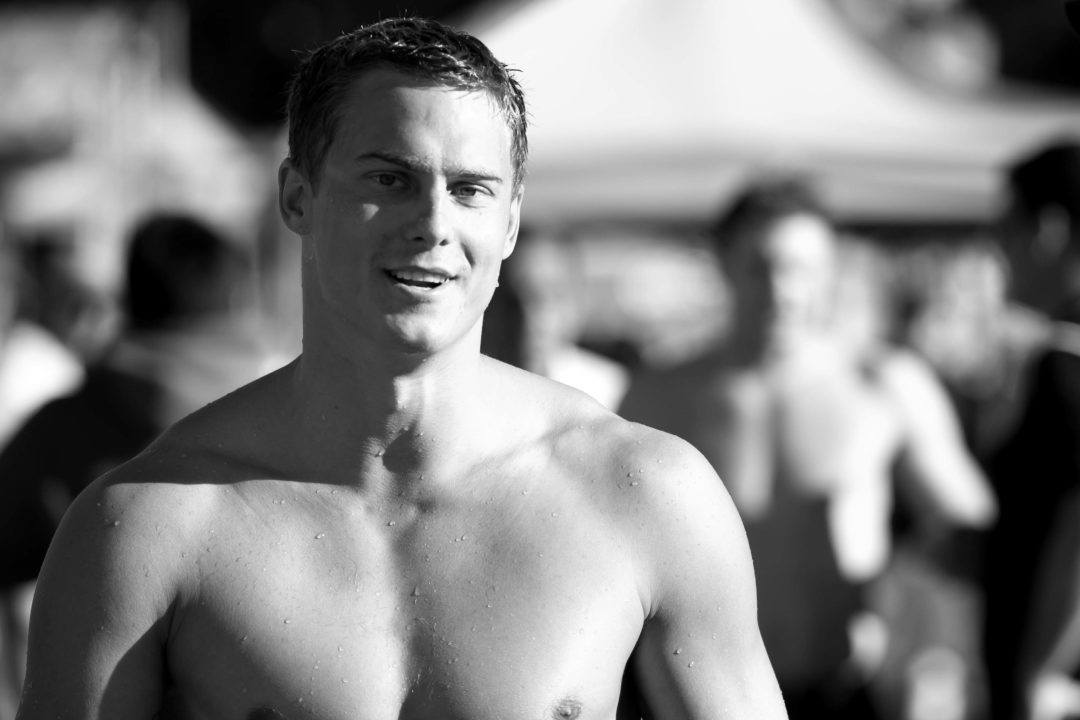 Vladimir Morozov split a 20.24 to anchor the Russians to a new world record. Archive photo via Mike Lewis/Ola Vista Photography

The Russian quartet of Vladimir Morozov, Aleksandr Popkov, Kliment Kolesnikov, and Kirill Prigoda combined for a time of 1:30.44, breaking the World Record previously held by Brazil.

Brazil went their 1:30.51 back in 2014, at the World SC Championships in Doha. When looking at the comparative splits, it was Russia’s front half that pushed them far enough ahead of the record. 17-year-old Kolesnikov led off in a World Junior record 22.83, which made up a ton of ground on the old record.

On the end, Nicholas Santos and Cesar Cielo were actually faster than Popkov and Morozov, respectively. That didn’t matter, though, because the Russians’ overall time was clocked at 1:30.44, .07 ahead of the World Record.

curious – has anyone split 19 SCM?

Ok now that is a good joe schooling practice joke, I can’t even be upset about that

anyone wanna hear a joke? How many russians on PEDs does it take to set a world record? Oh wait… that’s real.

Sad but true… I wish a record like this could be good news, but these days you can’t just not wonder about russian results… In ANY sport!!

You can say the same thing for every nation. Americans, Spaniard, Italians, Russians, British, ecc… basically all the nations had multiple cases of doping in multiple sports.

There are very few nations that can claim to be “clean”, but this doesn’t mean any nation where an athlete has tested positive should be put in the same category as Russia. Systematic doping is very different from a few rogue athletes who decide to cheat.

few? Should I remember you all the prominent athletes in various sport who dope? Or all major sports federation that basically hide test results to cover their top stars? Or the TUE cases (I’m sorry but if you are a top athlete you can’t take anfhetamine for ADHD)?
Right now Russian athletes results are suspicious just like the any other results…

After watching Icarus (documentary on state-sponsored doping in Russia in last few years), my views on watching their team are forever changed. It was much uglier than I ever would have expected. Much more robust, much more direct. And not comparable to anything done in the USA. If you doubt me, go ahead and watch it, and try to say with a straight face afterward that the same thing could happen here.

It does make me feel bad for the clean Russian athletes. They can either compete for a country that has systemically supported doping or they can compete for no country. Terrible options.

Uhhh there are definitely similar things going on in the U.S. Granted they aren’t all U.S. athletes, but Team Nike in Oregon for Track is definitely doing systematic doping.

Euros is SC so it’s bound to be faster

SC Worlds were last year in December in Windsor, CA