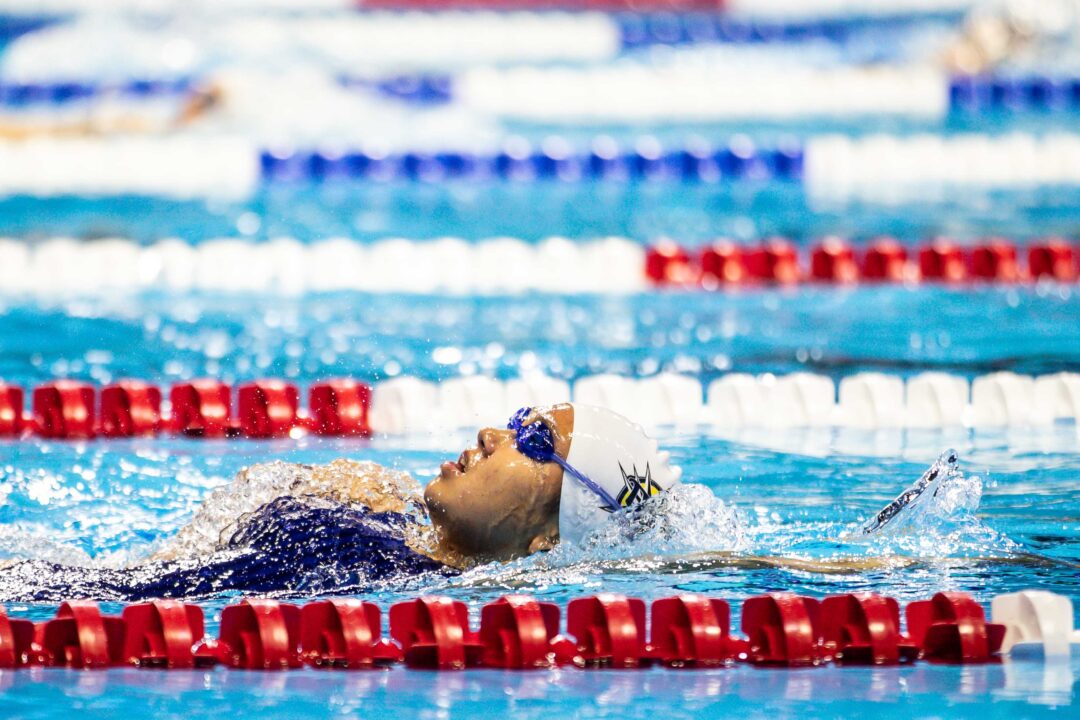 In addition to her mile, Han clocked a 59.00 in prelims of the 100 free. Stock photo via Jack Spitser/Spitser Photography

The northern site in Roseville is featuring some of the current premier club teams in the sport, including Alto Swim Club (Stanford’s club team). As she has been for the last several months, La Mirada Armada’s Kayla Han is making waves. The newly-turned 13-year-old is on a tear, yet again. She won the women’s 1500 free in 16:52.75, which may seem somewhat tame compared to her IM times, but marked an astonishing 91.07-second drop from her previous best (18:23.82), which she had just swum in April of this year. The swim also makes Han the 11th-fastest 13-year-old American all-time in the event.

In addition to her mile, Han clocked a 59.00 in prelims of the 100 free. The swim put her 11th in the heats, although she subsequently scratched finals, and marked a personal best by over 2 seconds.

Stanford swimmers were in control of the men’s 100 free. Leon MacAlister, a rising junior, posted a 50.10 to win the event, with fellow junior Luke Maurer taking 2nd in 50.66. Michael Lincoln, a Brown swimmer, took 3rd in 50.95, while Stanford’s Jonathan Affeld came in 4th with a 51.41.

Does anyone know why there’s a Fullerton Sectional and Roseville Sectional? Isn’t there usually just one CA/NV Sectional meet?