ROKA Partners With USA Triathalon Through 2020 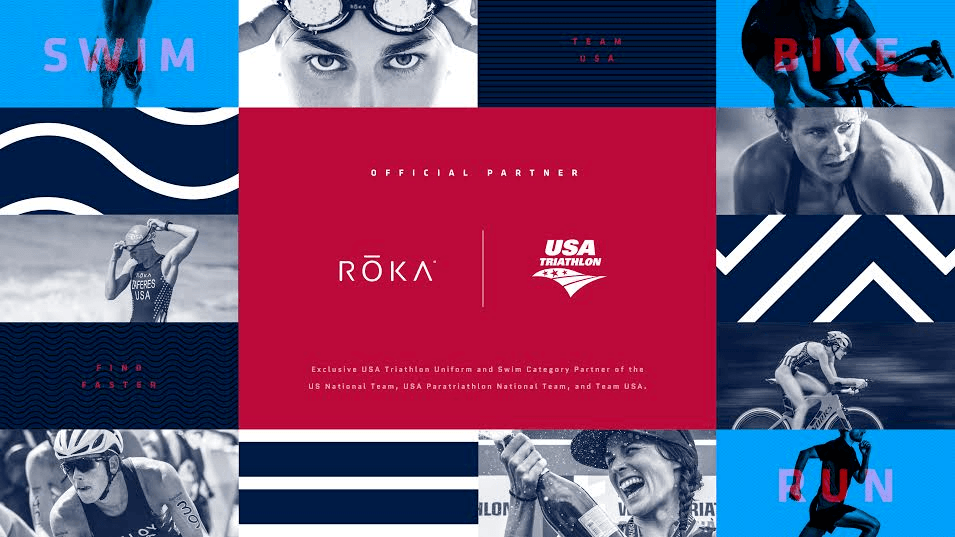 Redshirt Sophomore Transfer To Compete in 10K on Saturday.

The Japanese Swimming Federation (JASF) has decided to cancel the 96th Japan National Open Water Swimming Championships due to the typhoon situation.

“ROKA is incredibly honored and excited to partner with USA Triathlon,” said Rob Canales, Co-Founder and CEO of ROKA. “We’ve been humbled and proud to work with U.S. Olympians Gwen Jorgensen, Katie Zaferes, Joe Maloy, Greg Billington and other American elite athletes over the last quadrennial, and look forward to supporting the broader USA Triathlon community in the years ahead. Our team’s dedication to serving these athletes through performance design and innovative products has paid off over the last four years, and we are ready for the next chapter. This partnership is an inspiration and motivator for everyone in the company; we can’t wait to get to work.”

“These are the core endemic categories for our organization, and USA Triathlon is proud to align with ROKA through this new partnership,” said Chuck Menke, USA Triathlon Chief Marketing Officer. “ROKA has quickly built a very strong brand reputation to go along with its growing market share. We are confident that our age-group and elite athletes alike will benefit greatly from their advanced technologies and product lines, as well as their superior customer service.”

Winning seven world titles, ROKA athletes delivered performances in 2016 that were unmatched and unprecedented. The year was highlighted by Gwen Jorgensen’s win in Rio, a victory that made her the first American triathlete to take home Olympic gold.

“I’ve been part of the ROKA family for years,” said Olympic gold medalist and two-time ITU WTS World Champion Gwen Jorgensen. “It really is a family, and everybody shares the excitement of races. Triathlon isn’t just a sport you pursue. It’s part of you. That’s why ROKA works hard on making a real difference. With this partnership, it’s going to make a difference in the lives of a lot more athletes.”

ROKA Co-Founder Kurt Spenser added, “We will develop and deploy the full weight of our R&D with this partnership. The team looks forward to once again redefining the performance standard across all categories and sharing the benefit of those developments with the entire USA Triathlon community.”

ROKA is a performance design company dedicated to helping athletes unlock their potential. Like the athletes it serves, ROKA believes reaching one’s best is not a destination but a repeated first step on the journey to greatness. The company continually strives to provide the most innovative, premium products available for those who demand the best. ROKA holds multiple international patents for its swim apparel and equipment, and has numerous others pending.

ROKA was founded by two former Stanford All-American swimmers who, after being frustrated by the offerings on the market, set out to make the fastest wetsuits on the planet. After launching in 2013, ROKA has seen tremendous growth and its products are now relied on by numerous world-class athletes including ITU World Champions, IRONMAN® Champions and Olympic medalists. In addition to working with USA Triathlon, ROKA is the Official Swim Partner of the IRONMAN U.S. Series, the IRONMAN 70.3 Race Series, and the IRONMAN World Championship.

Today, ROKA continues to make a difference for athletes who share its passion for excellence, and the company is building on its reputation for quality, performance and unsurpassed customer experience as it expands into new product categories. For more information, visit www.roka.com.

USA Triathlon is proud to serve as the National Governing Body for triathlon, as well as duathlon, aquathlon, aquabike, winter triathlon, off-road triathlon and paratriathlon in the United States. Founded in 1982, USA Triathlon sanctions more than 4,300 races and connects with nearly 500,000 members each year, making it the largest multisport organization in the world. In addition to its work with athletes, coaches and race directors on the grassroots level, USA Triathlon provides leadership and support to elite athletes competing at international events, including International Triathlon Union (ITU) World Championships, Pan American Games and the Olympic and Paralympic Games. USA Triathlon is a proud member of the ITU and the United States Olympic Committee (USOC). Visit usatriathlon.org to learn more.

Swimming news is courtesy of ROKA, a SwimSwam partner.