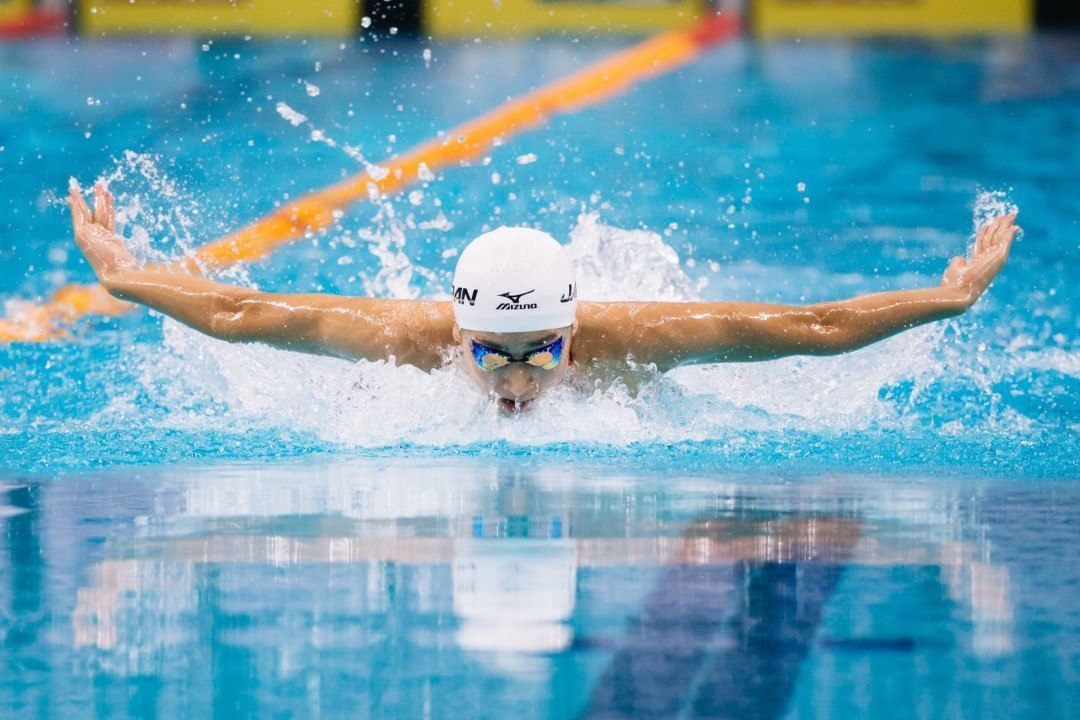 Rikako Ikee of Japan won the women's 100 fly in a new championship record of 58.28 Current photo via Adrian Seetho

Finishing in 2nd place was Penny Oleksiak of Canada in 58.50, and 3rd place was Gemma Cooney of Australia in 58.98.

Top seed from prelims and second seed from the semi-finals Cassidy Bayer of the United States ended up in 4th, in a time of 59.04, off of her posting of 58.87 from the preliminaries.

Chen Xinyi of China’s junior world record of 56.61 remains from the 2014 Asian Games.