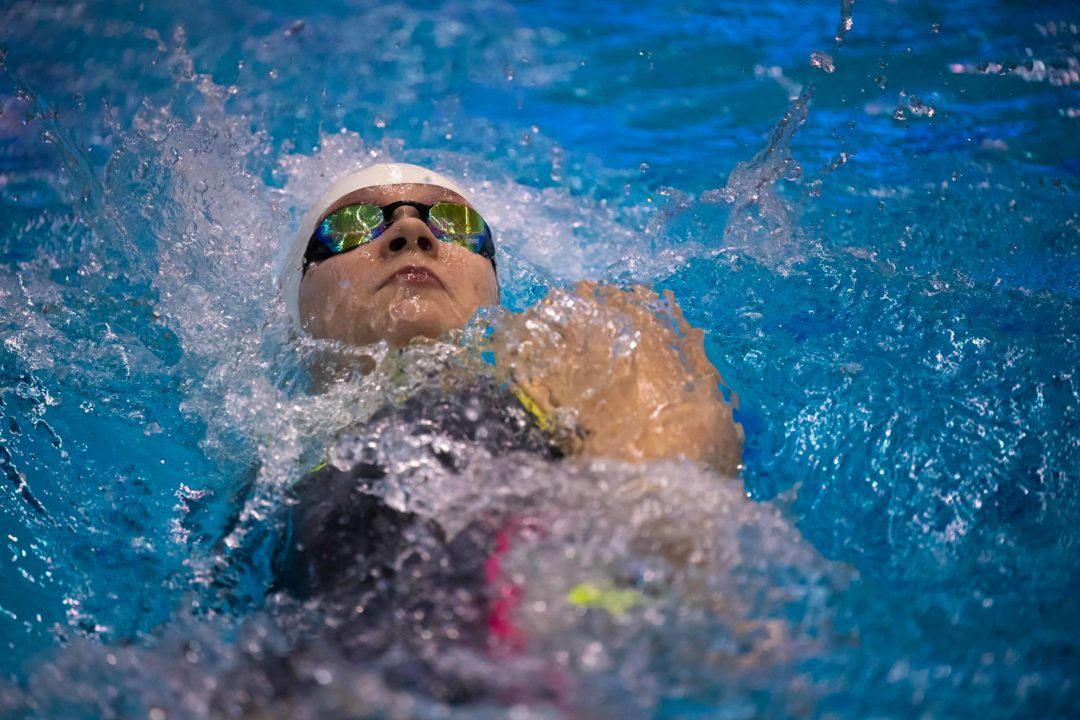 Regan Rathwell of the GO Kingfish claimed the top seed in the women's 50 breaststroke and also advanced second into the 200 IM final on Day 3 in Montreal. Archive photo via Mike Lewis/Ola Vista Photography

Despite the fact there were only a handful of events on the schedule, a few different swimmers took on doubles this morning during the third preliminary session of the 2022 Canadian Junior & Senior Championships in Montreal.

Among those was 14-year-old Maxine Clark, who set a new Canadian National Age Group Record in the 100 fly on Monday and kept up with her busy program by claiming second in the 400 free last night.

Also doubling up on Wednesday was 16-year-old Alexanne Lepage and 18-year-old Regan Rathwell, who both raced the 50 breast and 200 IM.

Lepage also sits second in the open women’s 50 breaststroke, putting up a time of 32.44 to narrowly trail Rathwell (32.42). Lepage owns a best of 31.94, set at the Western Canadian Championships in April.

Bailey Andison, who represented Canada in this event at the Tokyo Olympics, qualified third in 2:17.97.