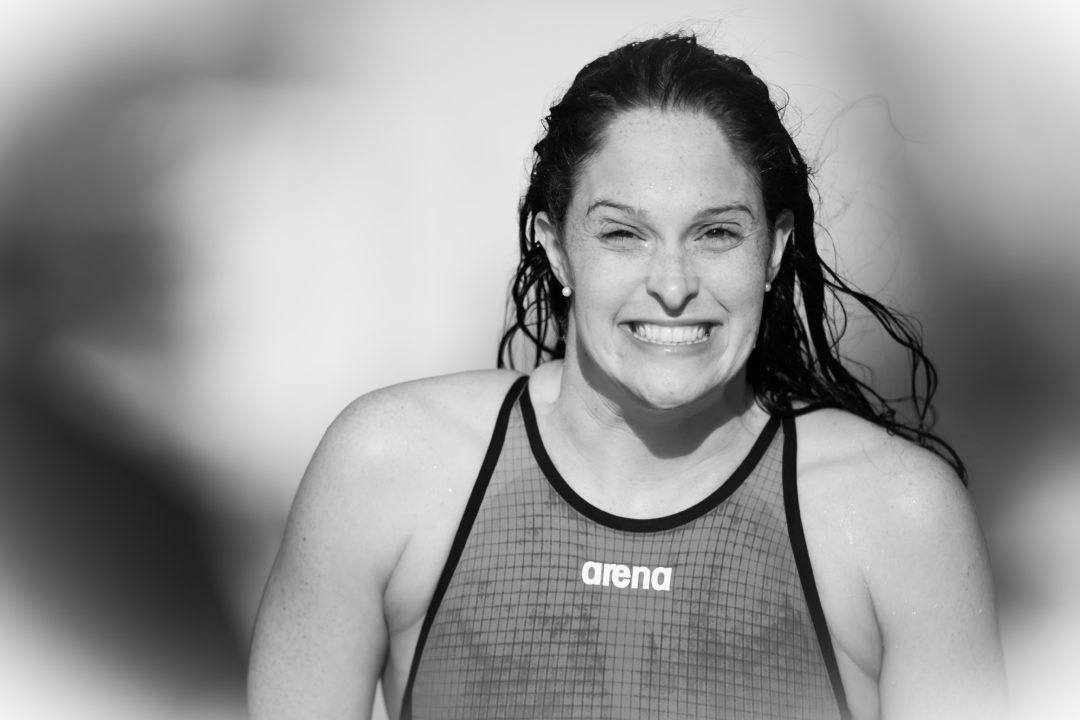 Two-time Olympian Cammile Adams (above) and 2016 Olympic gold medalist Clark Smith will be raising money for those dealing with the aftermath of Hurricane Harvey. Archive photo via Mike Lewis/Ola Vista Photography

The Fitter & Faster Swim Tour is putting together a fundraiser event to benefit those impacted by Hurricane Harvey in southeast Texas. The event is being spearheaded by Cammile Adams, a Houston native, Texas A&M alumnus, and two-time U.S. Olympian.

The event will deviate from Fitter & Faster’s typical clinic format and instead will include a Q&A between the athletes and parents about regimen, diet, nutrition, and recovery tactics. Swimmers will also have the opportunity to race Cammile- which is among the highlights of most Fitter & Faster events.

After the racing, Camille will be available for photographs and autographs.

Note: Cammile is working on wrangling up some of her Olympian friends for cameos at the event. More information to be announced as they’re confirmed.

The minimum donation will be $50, with an opportunity to donate more. The event will take place at Westside High School in Houston on September 24th. All proceeds will go to help Houston recover from the hurricane. Half will go to families affiliated with Energy Core Aquatics (the host team for the event), where at least 20 families had their homes destroyed; the other half will go to help other families under the umbrella of the Gulf Swimming LSC who were displaced by the flood waters.

The Fitter & Faster Swim Tour is a SwimSwam Partner.

Great to hear you offering to do this. Appreciate your talking with athletes who’ve been displaced from their homes; not sure how many but had 1 swimmer who was thrilled. Awesome job Cammile & Clark !!

Westside High School!? I remember being the very first person to jump in that pool when it was built! Wow, I guess it has come a long way since then. Now hosting olympians doing charitable events. Very cool! Go Wolves!