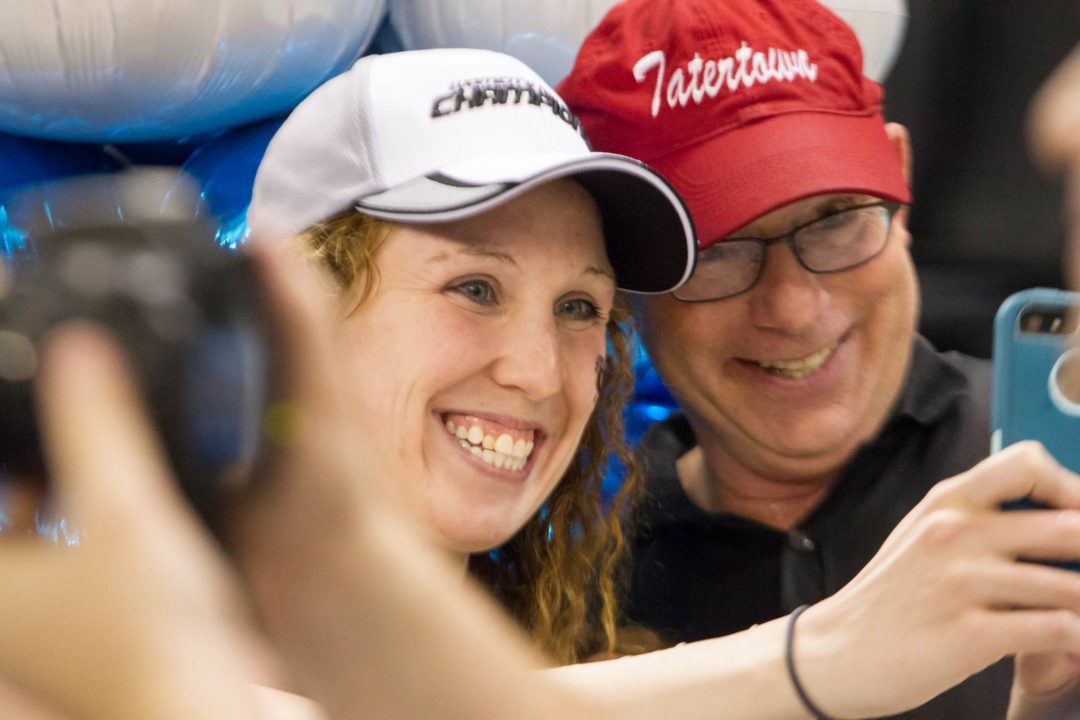 See below for the teams that were seeded to finish in the top 20 based on psych sheets. We’ve limited it there, because we feel that this encompasses the teams with a lot of entries, where they’re cushioned from one swimmer just being ‘off,’ and are also the teams best suited to split focus between their conference championship meets and NCAA’s.

Of course, psych sheet scoring will never be a perfect indicator of final placement. If it is an indicator of final placement, that in-and-of-itself is pretty noteworthy. The two big things that psych sheet scoring will never be able to account for, no matter how carefully coaches plan out their seasons and tapers, are DQ’s and diving.

Virginia’s slide of four spots as compared to psych sheet scoring can be explained, in half, by an A-Final relay DQ and diving points. UNC slid about six spots, and they did have on individual event DQ, but it wasn’t an overly costly one.

Cal’s relay DQ arguably cost them the second-place position; had they legally finished that relay, they would’ve surpassed Stanford. But in terms of surpassing Stanford in swimming-only points, ironically Cal outscored Stanford on diving, so it would’ve taken about a 4th-place finish in the 200 medley relay to ensure that – which is never a guarantee.

What does this mean? Well, last year’s psych sheet scoring was pretty fair too. We didn’t look back two years ago, before the format change, but our feeling is that if you did, the result might be different.

Our hypothesis is that with the new NCAA qualification system, where swimmers can’t just sneak into individual events based on relay swims, we will continue to see a pattern toward psych sheets being a better, though not perfect, predictor of final NCAA finish. The new qualification system pretty well leaves coaches in one of two classes: either a big rest mid-season, or a big rest at the conference meet and trying to carry it through. Across teams with 8-18 qualifiers, with the averaging out in the different “classes” of those qualifiers (AKA – those who slide in easily, versus those who really need to push to get there).

At any rate, we’ve included both a sortable and a static table below for those who might be on a phone.

I factor in diving points by using the zone diving totals to rank. Not perfect, but gives a decent measure of success.

The data tells the story:

1) Georgia did their work before the meet by building a large, deep squad. It was their meet to lose. A slight shortfall in actual points relative to their seeding was more the offset by their outstanding diving efforts.

2) Due to Georgia’s strong position coming in, California was in a hole to begin with and needed to greatly outswim their seeding. Despite a DQ in the 200 MR (lost at least 32 points) they STILL managed to slightly outswim their seeding. Additionally, they got no “big taper” from Bootsma – that cost them in the range of 40 potential points there. Cal needed to be close to perfect but two big pieces of the… Read more »

woulda, coulda, shoulda…..UGA scored a lot more points than any other team……even after losing two studs last year in Romano and Schmitt.

will this be the same on the men’s team? the big 3 don’t have any diving but Texas has huge diving points (their women’s team was almost half swimming and half diving points…..otherwise they would have been hurting!).

let their swimming do their talking like Georgia did this year and see who comes out on top!

as far as i can see is that only 2 teams ended up where they were supposed to be, so it doesnt look like the psyche sheet scoring mattered much at all.

Scoring out psych sheets won’t tell you exactly what’s gonna happen at a meet, but it gives you a pretty good idea. Using it for anything more than “this team will probably finish around here, these three teams are all pretty close, etc.” isn’t recommended but just throwing it out as worthless is a bit foolhardy, too.

Florida would have gained most of those points back just by waking up for preliminaries on Thursday. They won two B finals in times that would have been 5th (200 free relay) and 2nd (50 free) respectively in the A final. I’m hopeful that the men learned from this and will come out firing on Thursday.

It is time to look at some statistics. Most people hate them but they tell you what happens on average. Add in the 18 teams that did not score in swimming and were predicted not to score, and you will find that the correlation between the actual score and the predicted score from the psych sheet is 0.98. That is awfully close to one.

Of course, it is not going to be exactly one for several reasons. 1) Stuff happens. Virginia and Cal lose relays to early takeoffs (because they got overexcited or there was a mistimed stroke). Typically they are early by 0.05 seconds. Bonnie Brandon of Arizona ends up in the hospital and can’t swim the… Read more »