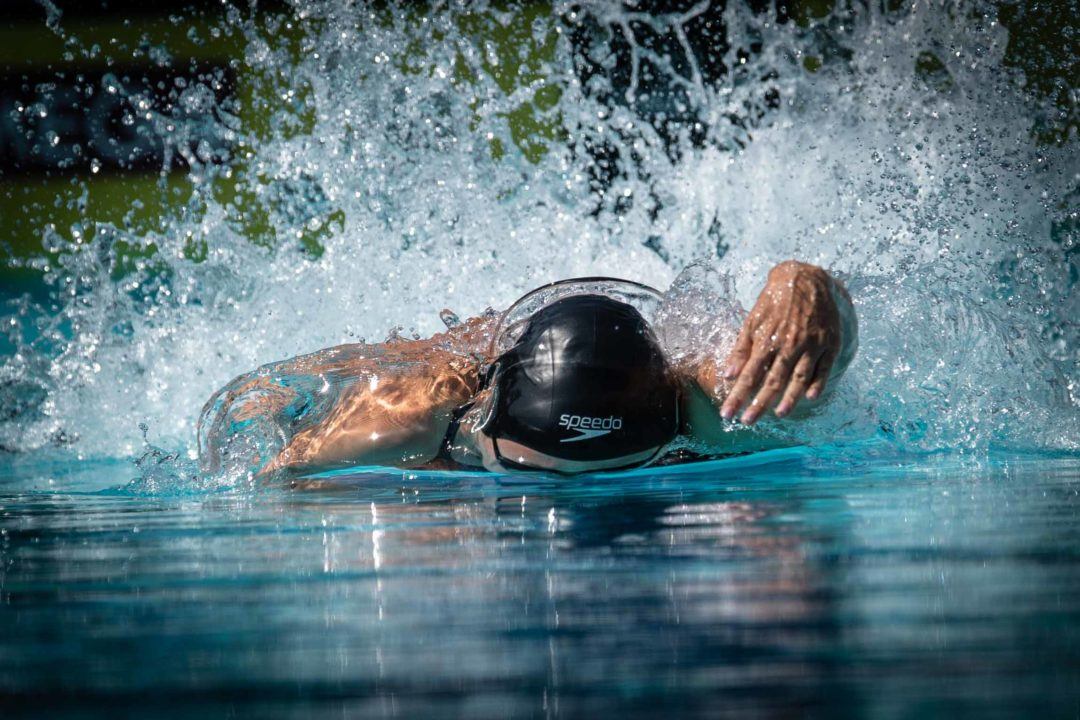 Early projections have all of line 37 earning invites, with one line-38 swimmer making the cut for the 2020 NCAA D-I Women's Swimming & Diving Championships. Archive photo via Mike Lewis/Ola Vista Photography

You can see our story on the pre-selection psych sheets here.

The NCAA selection criteria is relatively complex, based on getting exactly 270 men and 322 women into the national championship meet. You can read the finer points of that selection criteria here, but the upshot is that the top 35 to 40 women in each event should earn an invite, while the top 28 to 33 men should be in line for invites.

Though pre-selection psych sheets were revealed just a few hours ago, SwimSwam resident mathematician Andrew Mering has run the numbers to project out an early, unofficial cutline for invites to the 2020 NCAA Women’s Swimming & Diving Championships.

Our early projections show all of line 37 (the swimmers ranked 37th overall in each event) earning invites, with just one 38th-ranked swimmer getting in.

Bear with us, as the complex invite process means we’ll be double-checking these projections as the day goes on and making updates as we see them:

Athletes in the same line are added based on their relative proximity to NCAA ‘A’ cuts in their events. It’s worth noting that there’s a tie for the second alternate position with two women both sitting at 22.23 in the 50 free.

Per NCAA selection criteria, the next tiebreak is the athlete’s next-highest event, so Nocenti would be the first selected based on her 100 free (line 63) compared to Curry’s 100 free (line 79).

Update: Our projected cutline still includes Texas A&M breaststroker Anna Belousova, though she has suggested on social media that she is no longer competing for the Aggies. If that is indeed the case, Belousova would be a scratch and Aela Janvier would be called up into the meet. If Belousova is removed from the entries before selections are made, though, it would change things more drastically, with 39th-ranked 200 breaststrokers Nicole Pavlopoulou and Ashley McCauley both tying for the final invite spot. Here’s what the two options would look like:

Teams are allowed up to 18 athletes at NCAAs, with divers counting as one-half a roster spot. With Virginia and Stanford leading all teams with 15 swimmers apiece, it appears no team will be in jeopardy of having to leave a qualifying swimmer or diver home – either program would need to qualify a whopping seven divers to have to face that choice. Divers qualify at next week’s Zone Championships.

Semenuk in by skin of her teeth

Thank you! Great to see this. What about relay only swimmers? ie, a swimmer that has been on a relay with an A cut but not qualified individually. Are you counting them in team totals? And overall totals?

Relay-only swimmers are not included in the 281 invites and we don’t have them in our team totals. Each school that qualifies a relay can bring up to 4 relay-only swimmers at the school’s own expense – those do count towards the 18-person roster limit.

So conceivably teams with 14 swimmers now that want to bring 4 relay only swimmers, would be at their 18 member limit, before divers?

I think the odds of a school with that many individual qualifiers needing to bring 4 relay only swimmers are pretty slim. It would take a team in a really unique and specific scenario to have that be beneficial to team scoring (of course unless they’re bringing the relay only swimmers as tourists/as a reward for working hard, or whatever).

Not impossible in theory, but unlikely in real life.

Well, looks like whatever method they use, a USC swimmer will get in. Hard to be angry at your teammate, right?

Swimming should come up with it’s own version of “Power 5” since that’s a football (bowl) centric term and really one of them is not a “power” conference in swimming. In swimming, Big 12 is a small mid-major conference with one Goliath. A quick scan (so not 100% reliable!) and it looks like Kansas will get one swimmer (maybe two?) into NCAAs and that’s it for the whole conference other than Texas.
Since the other four strongest swim conferences do align with the “Power 5” we could refer to them as the “Power 4” or maybe the “Swimming 4” or “Wet 4.” I look forward to better name ideas from more creative people. And no, it doesn’t matter, I… Read more »

Qualification is based on times!

Jared/Andrew, strong work on the mathematics! I love this.

I imagine this might be coming out in a future article, but if all swimmers swam exactly as seeded, what would the top team scores look like?

Stay tuned! We’re running the numbers as we speak.

She is not entered in the meet, so no where

She would have been on the bubble for the 1650.