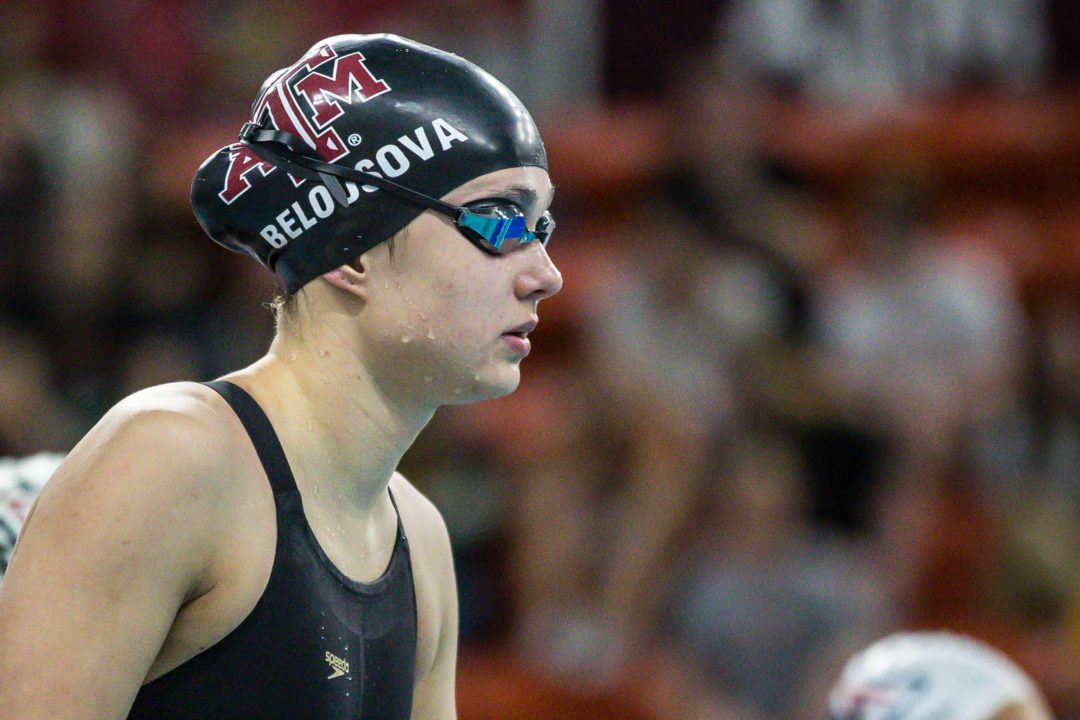 As more-and-more sporting events around the country are being cancelled, it is beginning to feel less-and-less likely that the upcoming NCAA Swimming & Diving Championships will happen, but as of Thursday afternoon the meets are still scheduled to progress and preparations are still being made.

The latest development competitively is the scratch of Texas A&M swimmer Anna Belousova from the women’s meet. Belousova announced on her Instagram channel that the SEC Championships were to be her last meet representing the Aggies, but she wasn’t officially scratched from the meet until Wednesday.

Belousova competed for the Aggies for 3 seasons.

She is a Russian National, with the Russian Swimming Championships and Olympic Trials scheduled for April 3th-9th in Kazan (though the federation will meet on Monday to discuss the future of that meet).

In her place, Arizona State junior Camryn Curry has been called up to the meet, where she will be the 38th seed (tied) in the 50 free and the 64th seed in the 100 free. She is the second alternate to be called up to the meet so far after Florida International’s Jasmine Nocentini, who is tied with Curry in a season best of 22.23 in the 50 yard free.

If the NCAA Swimming & Diving Championships do continue, there will be several more alternates called up after Harvard announced that they were withdrawing from the meet over coronavirus concerns.

I think they are all out…