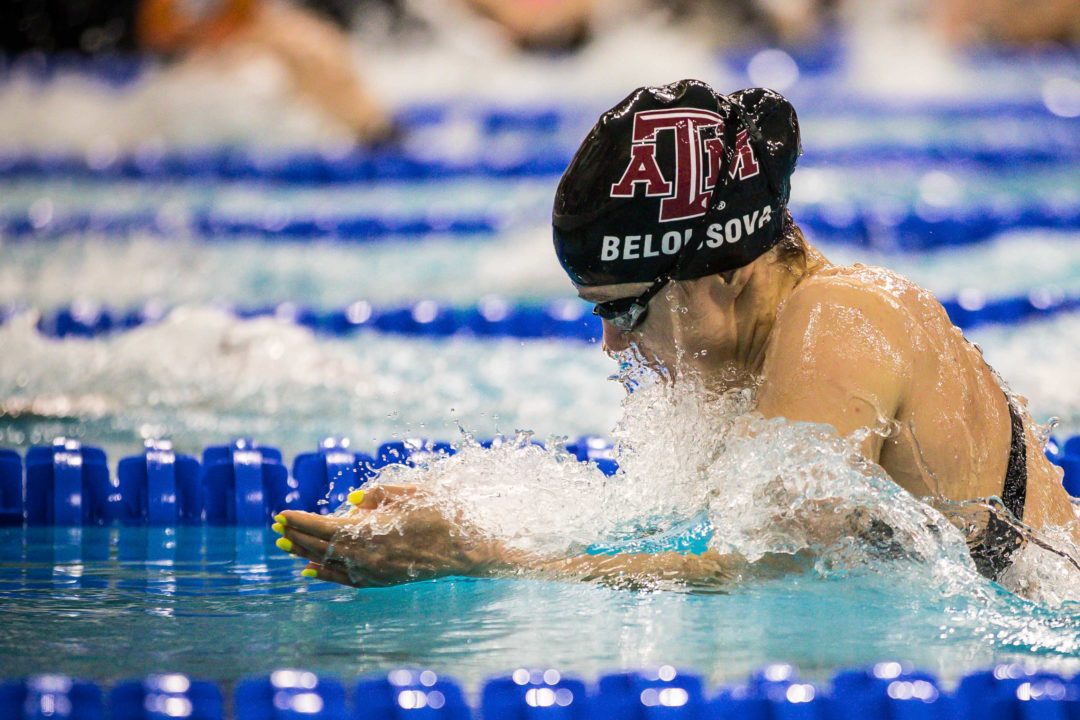 Texas A&M junior Anna Belousova has finished her athletic career with the Aggies, according to her Instagram post a few days ago. Archive photo via Jack Spitser/Spitser Photography

Texas A&M senior* Anna Belousova has finished her athletic career with the Aggies, according to her Instagram post a few days ago. The exact reason is currently unknown, but SwimSwam has reached out to Texas A&M for a comment.

*Belousova joined Texas A&M in the 2017-2018 season and swam for the Aggies for 3 years, though the team officially lists her as a senior.

A Russian national, it’s unclear where she’s at in terms of continuing the sport. The Russian Olympic Trials from from April 3rd through 9th, roughly 2 weeks after the women’s NCAA Championship meet.

She is an “ABSOLUTE CHAMPION” . I’m thankful that she decided to swim for “the best team in the whole world” (which I thoroughly agree with) & that I had the opportunities to see her swim!!! A champion “in the pool” & “out of the pool” as well. Thanks Anna & wishing you the very best for your future. I hope that you will continue to “gig em” forever!!!!

Several countries require a certain amount of time in the country prior to Olympics.

I don’t think that is it. She scratched 200 breast at SECs. To me that points to injury.

It’s complicated. She only swam 3 years of NCAA, though A&M does list her as a senior.

She didn’t go to college right out of hs

Wow, what a surprise. Maybe injury or something?

Wishing her all the best in her endeavors!