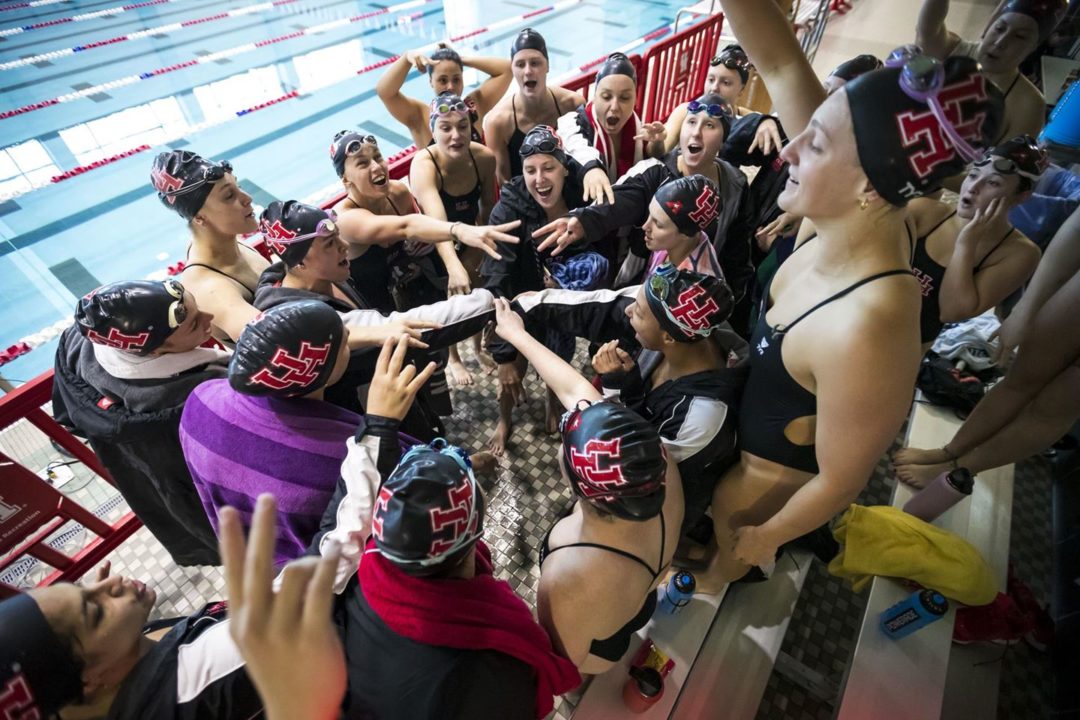 Five Houston swimmers and ten from the American Athletic Conference (AAC or The American, for short) lead all projected mid-major invitees for women’s NCAAs.

Houston is one of six programs from mid-major conferences (those outside the Power-5) to have multiple swimmers in line for NCAA invites. The American leads the way with five teams projected to earn NCAA invites, totaling 10 swimmers.

The Power-5 conferences (ACC, Big Ten, Big 12, Pac-12 and SEC) hold the vast majority of the 281 swimming invites in the NCAA’s Division I. But mid-majors earned 29 of those invites, and have two swimmers among the top alternates, according to our projected cutlines.

Several are seeded within the top 16, putting them in line to score points:

are you sure that any of the University of Akron swimmers are mathematically out of it?

Paulina Nogaj is just outside where we’re projecting the cutline – she’s 40th in the 100 fly and we’ve got the cut line at 37th in most events. Nothing’s set yet, but right now, they look to be on the outside.

The power 5 isn’t a real thing.

Athletics department budgets (and finish order at the NCAA Swimming & Diving Championships) would disagree with you.

They also do have a special legislated distinction by the NCAA, known as “autonomous conferences.” So, that further distinguishes them, not just in practice but on paper, in that they have different rights and abilities than other NCAA D1 conferences.