Timing of Belousova Scratch Could Impact Division I NCAA Invites 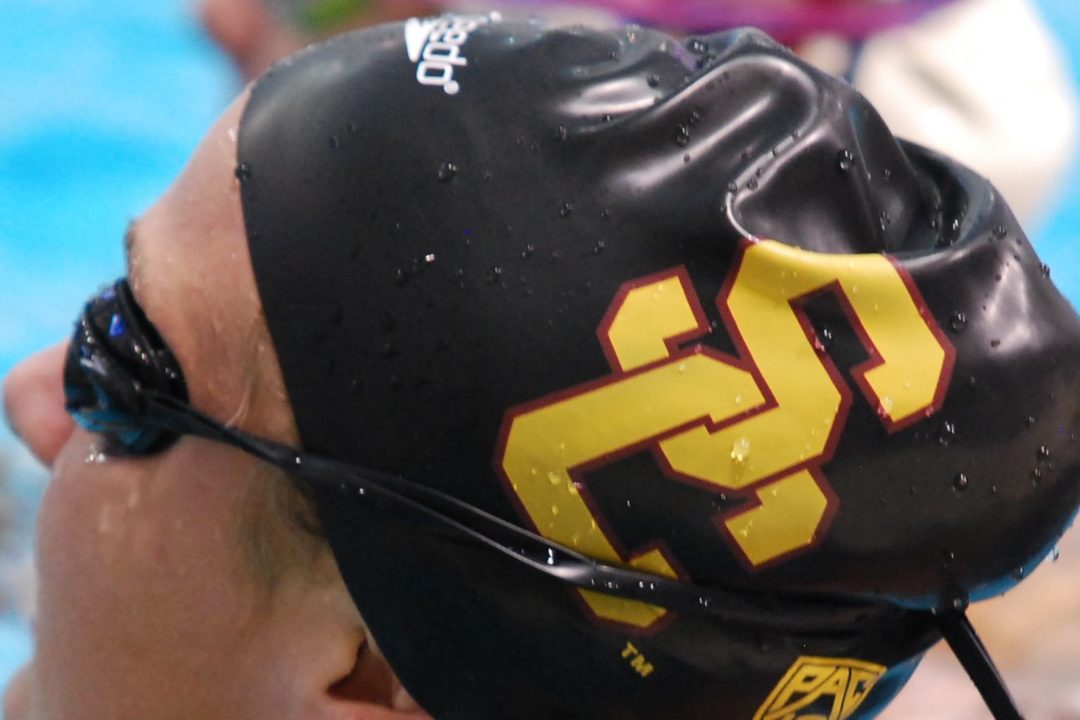 Belousova has suggested she won't be competing for Texas A&M at NCAAs - but the timing of a scratch could put one of two different USC swimmers into NCAAs. Stock photo via Janna Schulze/SwimSwam.com

Texas A&M junior Anna Belousova suggested via social media that she won’t be competing for the Aggies at the NCAA Championships. But if she is scratched from the meet, the timing of that scratch could give two different NCAA swimmers invites.

The NCAA selection criteria is relatively complex, based on getting exactly 270 men and 322 women into the national championship meet. You can read the finer points of that selection criteria here. We’ve already run the numbers on the pre-selection psych sheets (released this morning) and found that the top 37 entrants in each event should earn invites, plus one swimmer ranked 38th.

But here’s why the timing of a potential Belousova scratch could make a difference: Belousova sits 20th in the 100 breast and 19th in the 200 breast on those psych sheets. If she isn’t scratched until after selections are made, the process would simply call up the top alternate (projected to be USC backstroker Aela Janvier). But if Belousova is removed from the pre-selection psych sheet in the next day or so – before the cutline is determined – her absence would bump up the next-ranked swimmers in both breaststrokes to invite status, rather than the top alternate from a different event.

Here are the potential outcomes, based on our projections:

The 200 is much more complicated. The first 200 breaststrokers outside our projected cutline are tied for 39th: USC’s Nicole Pavlopoulou and Georgia’s Ashley McCauley. Pavlopoulou would have the tie-break, based on second-best event rank: her 200 IM is ranked 47th, compared to McCauley’s 74th.