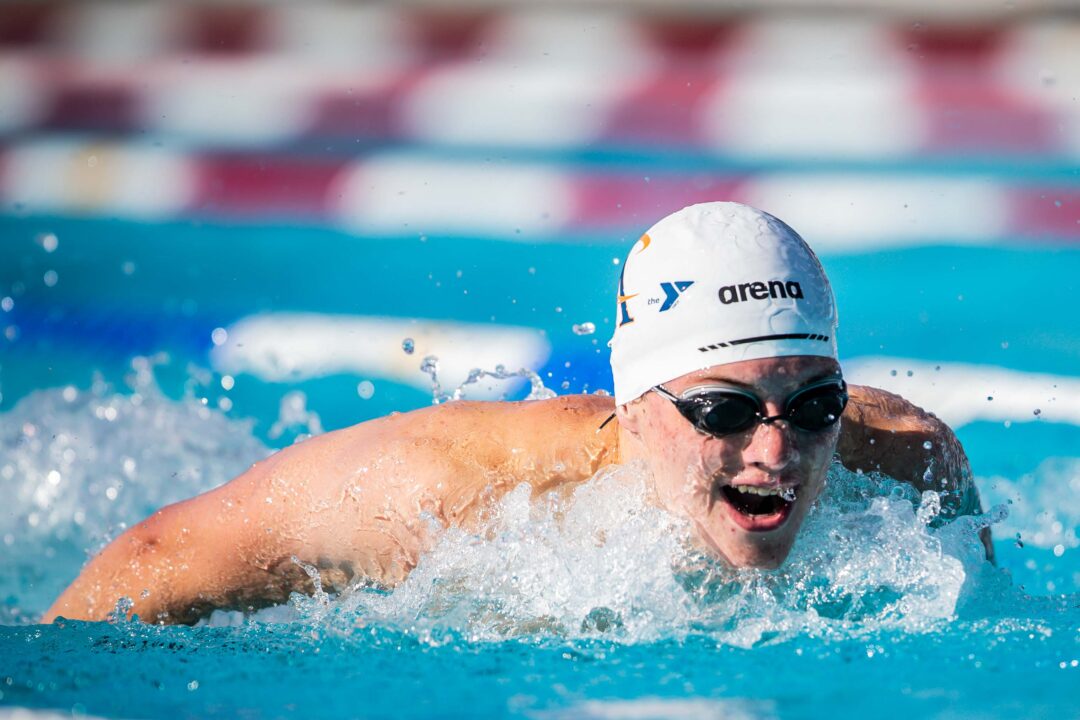 Ken has gone through this process at Emory and now at UVA, not only aiding numerous athletes but also being assisted by them, including Olympian Paige Madden Current photo via Jack Spitser/Spitser Photography

SwimSwam was treated to a very special Practice + Pancakes in Charlottesville, Virginia. Ken Ono is a theoretical mathematician who holds two endowed professorships: Thomas Jefferson Professor of Mathematics, and the Marvin Rosenblum Professor of Mathematics. He is the Head of the UVA Mathematics Department. Ken’s research is in the areas of Number Theory and Mathematical Physics. One of his most important theorems appeared in the Big Bang Theory tv show. Ono was also featured in a 2022 Super Bowl ad.

However, since he was a math professor at Emory University, Ken has been involved in swimming one way or another. Aside from the fact that his son, Sage Ono, swam for Emory, Ken was an undergrad advisor to 2020 Olympian and Emory standout Andrew Wilson and a PhD advisor to UGA All-American Maddie Locus. So gradually, Ono became more and more enmeshed in swimming. Eventually, this led to Ken becoming curious about the sport and wanting to give back where he could as a side hobby. This led to the professor testing numerous swimmers and spending hours of time analyzing where they could cut tenths and hundredths of seconds.

Ken has gone through this process at Emory and now at Virginia, where he has not only aided numerous athletes but also been assisted by them, including Olympian Paige Madden and soon-to-be MIT Grad student and former NCAP swimmer, Jerry Lu (who you see in the video). I had been in contact with Ken for months trying to simply get him on a podcast and he was kind enough to invite me to film one of his sessions. In today’s video, he was testing with 3 athletes: Jr Pan Pacs team member and Charlottesville local Thomas Heilman, rising Emory Junior Nick Goudie, and incoming UVA freshman Sebastian Sergile.

UVA is the coolest 😎

Does Mr. Ono and his team work on the Walshes and Douglas?

This might be more of a question for the psychology department, I don’t want to step on anybody’s toes here, but could the knowledge than an athlete could go 2:07 in the 200im for example with these technical improvements positively influence their ability to execute and hit that target time?

This is so dang awesome. As a swim nerd, this type of stuff is what’s really going to propel the sport forward into uncharted waters (both for time and for publicity/promotions). If this type of analysis can bolster some really promising results, I cannot imagine a world where either the ISL or something like that could prove as a benefactor to the idea of calculated results so that, when it’s game time, the league could provide some real excitement.

Great video. I’d love to hear a few of his predictions for these guys or any of the UVa stars going forward.

Coleman, you gotta have faith in the Bodos line. They are masters of speed. The line could go around the block and they’d have you in and out of there in 10 minutes.

This is good intel to have. I was working on a timetable that day, but… Next time!