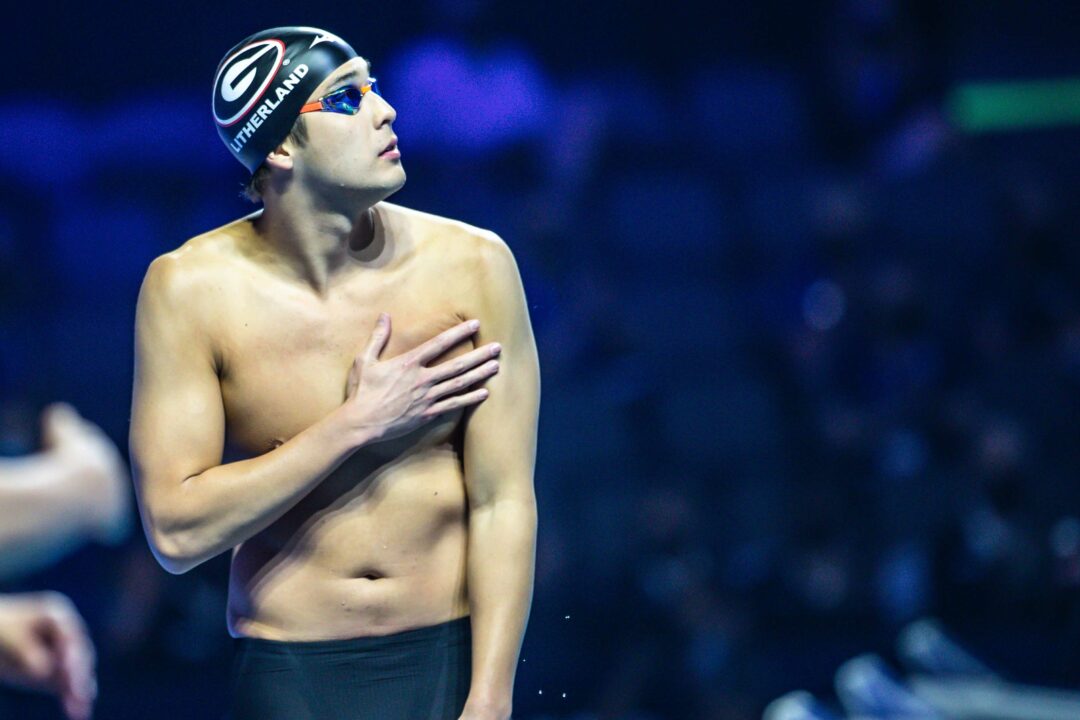 Olympic Silver medalist Jay Litherland has confirmed to SwimSwam that he will be moving to Arizona to train under Bob Bowman with the ASU pro group. Stock photo via Jack Spitser/Spitser Photography

Well, the news just keeps on churning today, doesn’t it? The European Championships are less than 2 days away, but all eyes have now shifted to the United States, where a ton of training base shifts were just announced, all pertaining to Arizona State University. UGA alum Jay Litherland, an Olympic Silver medalist, has now confirmed to SwimSwam that he too is moving to Tempe to train at ASU.

The first move of the day came when World Record holder Regan Smith announced she would be foregoing her remaining NCAA eligibility to move to Tempe and train under Bob Bowman as a pro. Shortly thereafter, University of Georgia based Olympic Gold medalist Chase Kalisz announced he would also be moving to the ASU pro group. Now Litherland is confirmed to be joining the group as well, and there are some rumors of more additions, but they’re unconfirmed as of the time of publishing this article.

This move bolsters head coach Bob Bowman‘s IM group substantially. He’ll now be overseeing the Tokyo 2020 men’s 400 IM Gold medalist (Kalisz) and Silver medalist (Litherland), as well at the 2022 World Champion Leon Marchand, who is a rising sophomore at ASU, and is now the #2 performer all-time in the LCM 400 IM, behind only Michael Phelps, who Bowman also famously coached.

LESGOOOO squad uppp! Excited to work with Bob on my next chapter of my career. I got a lot to learn😋 – Jay Litherland

Litherland’s personal best in the 200 free, coming in at 1:47.58, is also notable, given Bowman’s track record of success in coaching the LCM 200 free. In addition to his Silver medal in the 400 IM at the Tokyo 2020 Olympics, Litherland also won 400 IM Silver at the 2019 LC World Championships in Gwangju, South Korea.

The move for the pair of UGA pros comes in the wake of legendary UGA head coach Jack Bauerle’s retirement. In fact, Litherland noted that Bauerle’s retirement was a catalyst for his desire to move to a new training group. Litherland told SwimSwam “With Jacks retirement, it seemed like the most smooth transition considering their coaching styles are very similar and their friendship is decades long. And it doesn’t hurt that we’ll be training in the sun with the homies.”

Notably, Litherland will also be reuniting with fellow UGA alum and former UGA pro Olivia Smoliga, who made the move to train under Bowman last fall. Litherland and Smoliga developed a close friendship while at UGA, with Smoliga even referring to Litherland as her “#1 inspiration” at one point. Litherland also posted pictures of he and Smoliga on vacation together in Hawaii recently.

Who’s next??? Looking at you, Michael Andrew!

I wish. Get away from daddy

Would he be able to practice traditionally though?

That would cause swimswam to crash.

He wouldn’t be able to handle it.

… forgot how to embed on swimswam