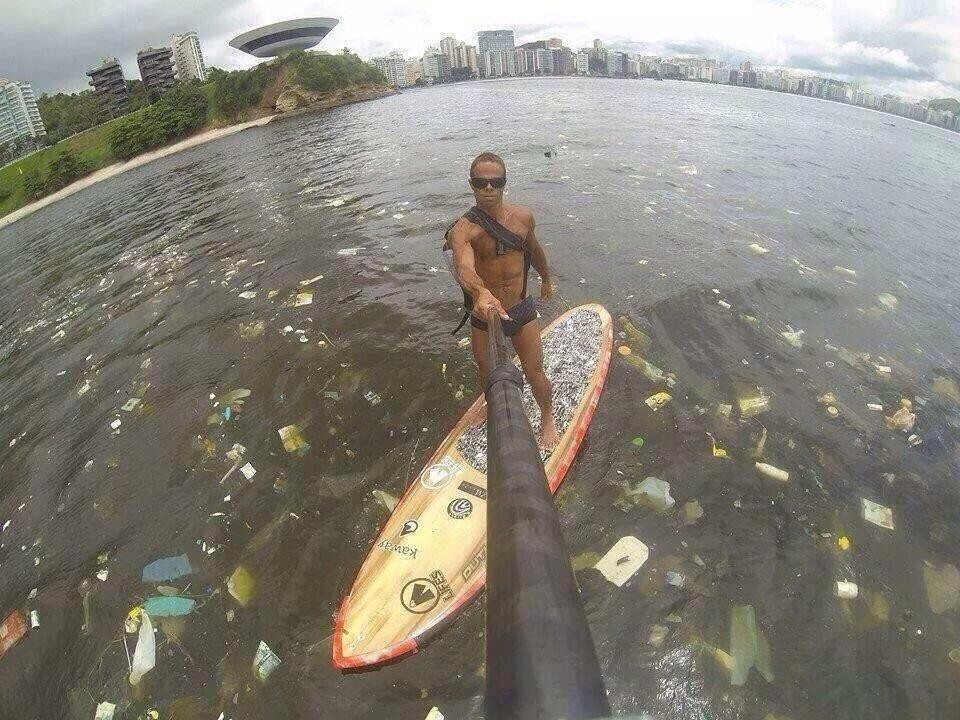 With the 2016 Olympic Games in Rio de Janeiro only 17 months away, concerns over the pollution of Guanabara Bay, the sailing and windsurfing venue, are still in abundance.

The area is plagued by millions of dead fish, sewage and bacteria, despite Rio organizers having committed during their Games bid to reduce the pollution by 80 percent by January of this year.  However, the Washington Post reported that the government of Brazil has now said that it would not be able to meet that goal.

While officials are committed to a comprehensive clean-up ahead of the Games, the Post reports that “efforts are being hampered by a lack of available boats to do the job” due to contract delays as well as delays in “dealing with the graver longer term issue of sewage build-up.”

Efforts made by the state of Rio de Janeiro thus far include a Dutch company mapping out the solid waste path predictions in order for resources to “implement mitigation measures” against specific areas in which pollution is likely to accumulate.   The idea is for authorities to be able to target specific areas with either boats or “eco-barriers”, although it is reported there have been no ecoboats in operation for the past two weeks.

I hope Brazil can get everything by 2016.

I’m sorry, but Hoogie’s tan is insane. I can barely recognize him.

Because it is not him….

LOL, good one Bobthebuilderrocks! PVDH needs to make a comeback if his abs look like that!

IMO, if there was any country in the world whose commitment to preventing pollution was important (even aside from the ’16 Olympics) it’s Brazil, home of the Amazon River and a rainforest that not only provides much of the oxygen we all breathe, but also provides a home for more animal and plant species than any other ecosystem on our planet! ALL the countries on our planet need to help Brazil in any way they can!