Picks: Missy and Lochte Favorites, But Traps Await in 200 Backstroke 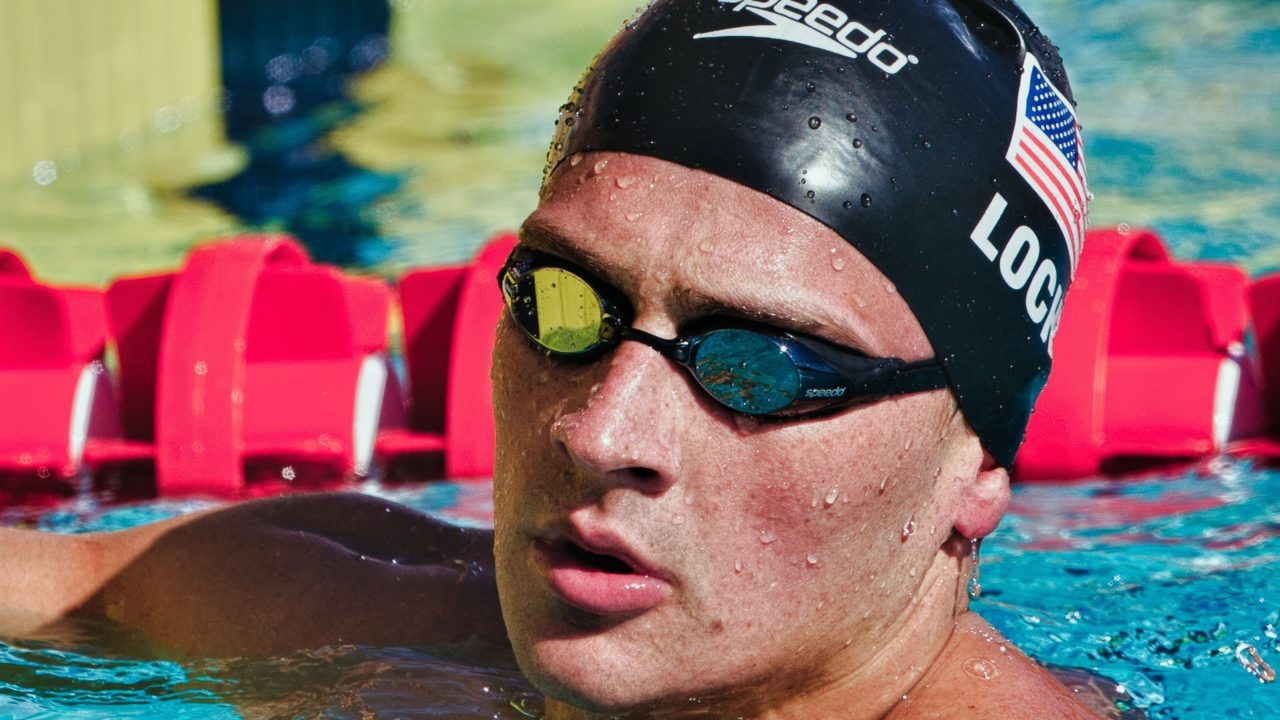 With just a week until the Olympics start, we’re kicking it into overdrive with our Olympic previews. Check out the latest installment, the 200 backstrokes, and click here to see all of our race-by-race breakdowns.

If you think you’ve got better picks then ours, be sure to check out our Pick ‘Em Contests. Links can be found in the menu at the upper right-hand portion of this page.

With Ryan Lochte as the defending World Champion, this race will be the front-half of a tough double for him, with the 200 IM final against Michael Phelps coming later in the session. Having been a second ahead of the rest of the world last year, Lochte has to be the favorite in this race. The most likely chance at an upset, though, is himself: he’s shown the willingness in the past to give up a big time to save some energy for another race, and in backstroke when you can’t necessarily see your competitors that can be a huge risk.

If someone like a Ryosuke Irie from Japan or Lochte’s countrymate Tyler Clary gets into an outside lane in the final, where Lochte can’t see them, they could put some serious pressure on the favorite.

But this year, it looks like at least one swimmer is fighting to jump that gap and challenge to shake-up the podium: Poland’s Radoslaw Kawecki. Last year, he placed 5th at Worlds but was just a 1:57.15 – nowhere close to medaling. This season, however, the best backstroker in Polish history has already gone a lifetime best of 1:55.2. There could be some concern about having peaked too early with that swim at Euros, but no more than someone like Clary, whose trials were even more recently. Further, Kawecki has been pretty good in the past of swimming well on his second round of tapers. Don’t be afraid to take this as an upset pick to make the podium.

Hungary’s Peter Bernek and Germany’s Jan-Philip Glania have both had great springs this year. Neither made the final last year (Glania didn’t even make the German team in the event at Worlds), but both have been 1:55.8’s this season already. Bernek is four years younger than Glania, which maybe gives him a better shot of repeating his breakout. What we saw from Glania’s Frankfurt teammate Marco di Carli last year was that after a similar big time drop in his mid 20’s, he had trouble repeating it in the same year. Just a data point to keep in mind.

The dark horse is Israel’s Yakov Toumarkin. He had an outstanding meet at the European Championships to shoot up the World Rankings, and steal a spot on the Israel Olympic Team.

Lochte should still get the job done, and Irie will be the favorite for silver based on his unmatched consistency.

The wunderkind Missy Franklin is, like her counterpart Ryan Lochte, a clear favorite in this women’s 200 backstroke. However, with such an unbelievably young field behind her in the race, she will be far from resting on her laurels of a World Championship gold and a short course World Record in the distance.

The Australians Belinda Hocking and Meagen Nay both made the final last year, and both have been very good this year. But the 21-year old Hocking has to be riding as much confidence as anyone in this event right now: at trials, her 100 backstroke looked outstanding as well, and she’ll need that front-end speed to keep pace. Hocking closes about as well as Franklin does (both should be 1:03’s), but Franklin is able to do so while going out in a 1:01-flat. That’s tough to contend with.

The Ukraine’s Daryna Zevina is another young swimmer who just missed the medal stand in Shanghai. Al she has had to do since then, though, was find a little bit better of a final 50 meters to move into medal position. She hasn’t shown that improvement quite yet this year, though her front-half has gotten even better.

The swimmer she’ll be trying to take a medal away from in that race is the Netherlands’ Sharon van Rouwendaal. Those two were born just 8 days apart in 1993, but swim vastly different styles. Van Rouwendaal needs badly to avoid going out as slow as she did in Shanghai – if she’s dead-last at the halfway mark again, there’s no way that she medals.

Elizabeth Beisel had completed a brutal schedule by the time the 200 back came along at Trials, but was still able to muster a 2:07.5 for the 4th-best time in the world this year. Without races like the 400 free coming in between, that could easily become a 2:06 and a medal. Lizzie Simmonds from Great Britain has been swimming very well in 2012, despite missing the team in the 100. She broke the European Record in December in this event in short course.

Canada’s Sinead Russell, in 2011, was a very good 100 backstroker who stretched to a decent 200. This year, however, her 200 was way better at Canadian Trials. The French duo of Laure Manaudou and Alexianne Castel (the latter of whom final’ed last season) also looked great in the 200 at their Trials.

The real wildcard in this race is Russia’s Anastasia Zueva. She’s ranked 2nd in the world this year, but in 2011 failed to even make the semi-finals of this race. She continues to look better in the sprint backstrokes, but she’s the one who’s going to throw a big wrench in many swimmers’ medal hopes in this 200 if she swims well.

The darkhorse is Italy’s Alessia Filippi. The World Record holder in the 800 (in short course) for women shifted her focus away from the distance freestyles, even after winning a World Championship gold in 2009. She’s instead landed in the 200 back – where she’s also very good. We know she’s got top-of-the-world swimming ability; the question to be answered revolves around how well can she translate that to the backstroke.

At the end of the day, it’s going to take better than the 2:08.79 that final’ed in Shanghai to make top 8 in London. Again, with all of the youth in this race, times should be dropping all-around.

Top 8 picks, along with entry times:

Vyatchanin is going for the gold!! And I wouldn’t count him out: his technique is one of the best in the world!

It’s incredible to write that about an olympic final but Ryan Lochte will keep energy for the 200 IM. Only a new Ryosuke Irie with better underwaters could play with him.
Missy can break the world record. But I don’t forget the race is at the end of the meet so she will be tired. If she wouldn’t swim the useless 200 free and 100 free I’m sure she would destroy the world record. With her big schedule before it will be tough but she can do it. And I hope she will do it.

These are definitely two of the less controversial events, but its interesting what you mentioned about Zueva not making the semis last summer.

Technically, she is still #2 all time in both distances, so it’s not that she has been inconsistent or fail to produce at the longer distance. Considering the formidible form she had found in Shanghai, it seems very possible that it could’ve been a less publicized miscalculation (vs Aaron Peirsol ’09). Indeed, she has shown medal-worthy abilities in the 200 even in textile, so I think she has a VERY strong shot at medaling.

I’m very curious was happened to Zhao Jing in this event after going 206.4 2 years ago.

Locthe gold is one of the easiest picks.. Franklin is a given also.. unless she has some freestyle before…

Vyatchanin has developed an underwater component to his races that wasn’t there when he was training in Russia, and I think combined with his technique, once he gets some rest, he’s going to surprise a lot of people.

you from UF by chance?

josh, don’t bother writing anything positive about people who train at Florida. Lots of people who suck the teet of NBAC…

Vyatchanin is my pick to medal!

Lochte and Franklin with anything but gold will be blasted automatically on top of London upset list.

Lochte and Franklin for gold ! i don’t seee anyone touching these 2 ………….

you really went out on a limb on those picks!!! how about pickng the silver and bronze medallists?!

Beisel to top Simmonds? Van Rouwendaal to re-produce 2011 results? no sign of it so far this year. Kawecki and his SUPERB underwaters could be the real one to watch, in my opinion.

1. Franklin 2. Hocking 3. Zueva 4. Simmonds 5. Zevina (This after Franklin is particularly unpredictable. Zueva could pop up and do anything and Simmonds is back to her 2010 best (2.06) so we’ll see).