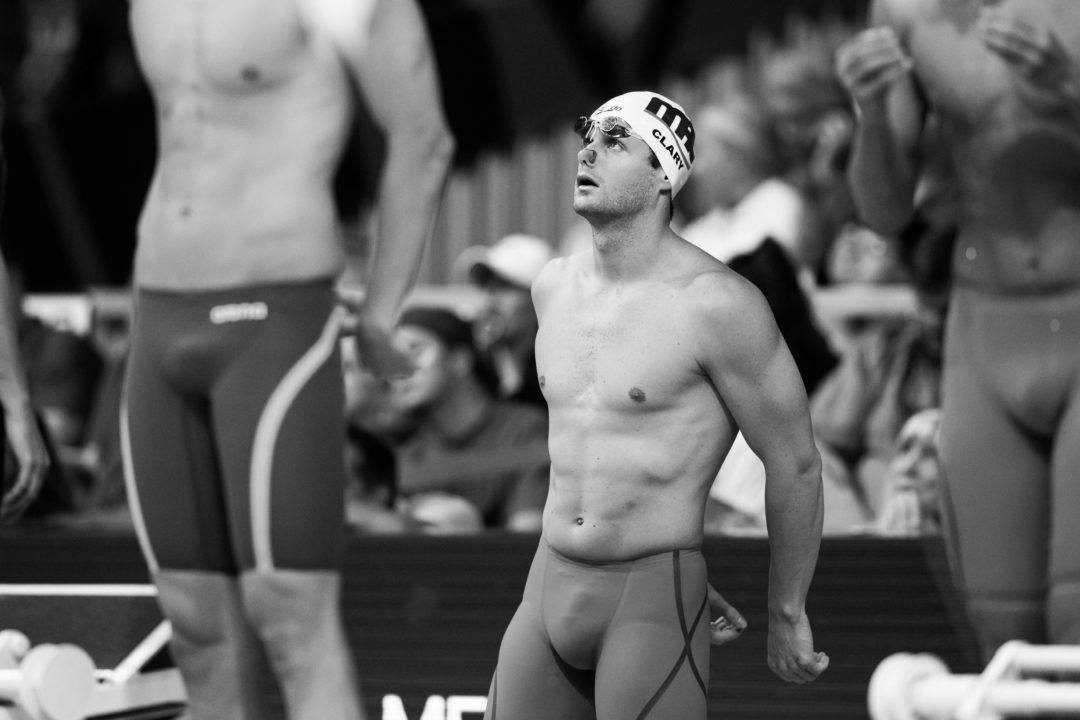 Clary made the announcement on his Instagram account, explaining the reasoning behind the surgery. According to Clary’s post, he suffers from a “very leaky aortic valve”, which has caused his heart to operate at less than 70% efficiency for his entire life. The discovery was only made last October during Clary’s physical.

Clary, now 32-years-old, was the 2012 Olympic gold medalist in the 200 backstroke. Up until last week, his winning time of 1:53.41 stood as the Olympic record in the event.  Russian Evgeny Rylov just took down Clary’s record in Tokyo with his own gold medal performance. At the 2012 Games, Clary also contested the 200 butterfly, coming in 5th overall with a time of 1:55.06.

Clary retired from competitive swimming in 2016 after placing third at the US Olympic Trials, failing to qualify for his second Olympic Games. After his retirement, Clary was planning to join NASCAR racing, originally targeting the Monster Energy Cup Series, which is set to kick-off this year. However, he is currently working at Northwest Mutual as an insurance representative.

According to healthcare company Lifespan, approximately 500,000 Americans undergo some form of open heart surgery every year.

@SwimSwam could we get an update when possible? I think there are a lot of fans who want to make sure he is recovering well from his surgery
thanks for the coverage.

Good fortune and best outcomes for you, Tyler…

Praying for Tyler during his surgery later today and for his family. So enjoyed watching his Fitter and Faster videos during the COVID shutdown 2020 that kept swimmers and their families in touch with the sport when they couldn’t be at the pool. All the best!

OMG. Sending well wishes to you for a speedy recovery, Tyler. Stay strong. 💪

So like I’m not a heart surgeon. But if he’s getting 100% heart capacity assuming it goes well – why not try a bit of training? Maybe he have a comeback

Because you don’t want to put that much stress on the new valve or on his enlarged left ventricle. He is young and the valve needs to last and work for many more years to come.

But I mean….it’s the implication

The enlargement (or hypertrophy) is a result of the ventricle having to work harder to overcome the leaky valve, In my case, the enlargement of my left ventricle reversed itself within about 18 months once the valve was fixed. Like any other muscle, the heart will adapt in response to the loads placed on it.

So there’s this hot dog GIF….

Wishing the best for him. Open heart surgery can be scary, though it has gotten so much safer in recent years.

Considering that the complete list of sub 1:54 swimmers in back is Piersol, Irie, Lochte, Larkin, Rylov, Clary, Murphy, Xu, we can safely say that Clary is the only one.

I can’t think of any off the top of my head.

Unless I am mistaken, only one.