Peter the Great, Part II (the rise of Dom and Jean) 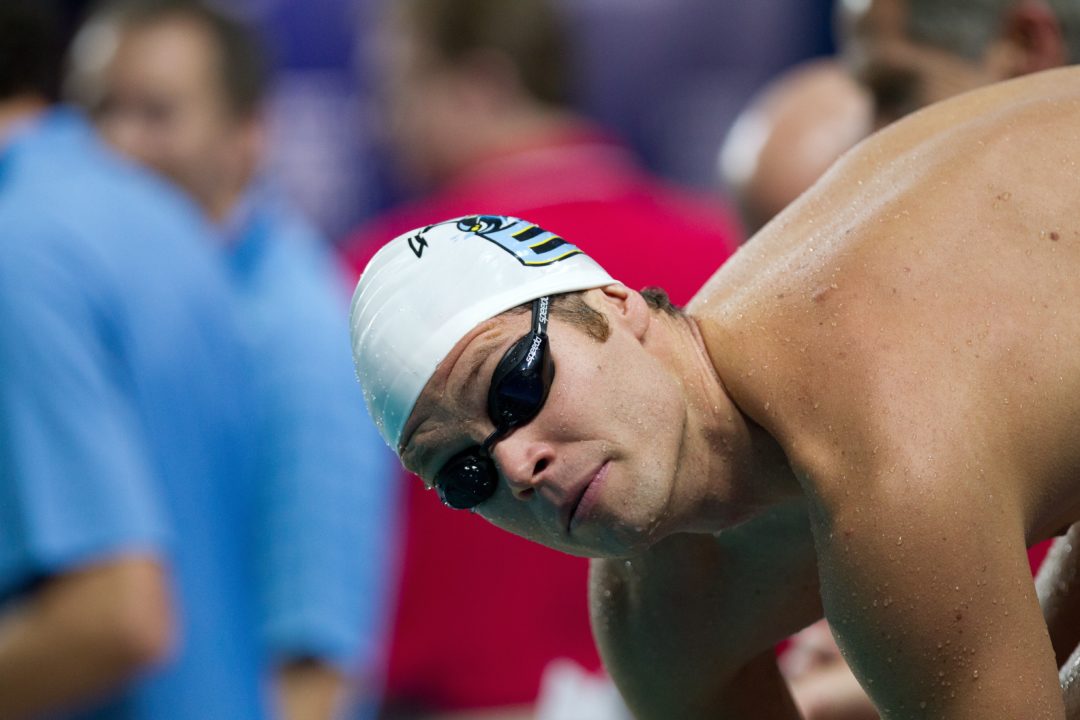 Dominik Meichtry as well as Jean Basson were both educated under the TECHNIQUE based philosophy of Peter Williams (Photo Courtesy: ©TimBinning/TheSwimPictures.com)

The first time I met Peter Williams was in 2003 at the Summer National Championships in Switzerland. He was there to support his young, but very talented 200 freestyle swimmer, named Dominik Meichtry (“Dom” as most people call him, is a Swiss Citizen but trained exclusively with Peter in Johannesburg from 2000 to 2005). I enjoyed talking with Peter about swimming; his ideas were interesting and refreshing. We made a plan to speak more, but unfortunately Peter would have to rush back to South Africa to rejoin his team. This was a definite missed opportunity for me. I would meet up with Peter again during the preparation camp for the 2004 Athens Olympics. This camp was held in a beautiful part of Switzerland on the shores of the Lago Maggiore. I found Peter at the pool during a rest period for the athletes. He was alone in the pool…swimming. His freestyle was PERFECT! I could not believe that 16 years after he swam the World’s fastest 50 meter time, he could look so smooth…flowing and majestic.

I of course bombarded Peter with questions about swimming technique and more specifically, how he worked with Dominik. I listened to every word. While he was explaining his theory of freestyle and training, he referred several times to another young athlete he had on his squad named Jean Basson.

Dominik joined forces with Peter in 2000, and actually just by chance! Dominik (actually Swiss) had just moved to South Africa from Hong Kong. His father’s work brought the Meichtry family to South Africa and “Dom” attended a German speaking school where he met another Swiss youngster named Gregory Widmer. Gregory himself was no joke in the swimming pool as he went on to split a 48.63 on the Swiss relay at the Rome World Championships. Gregory convinced Dominik to come join his swim team and thought his coach (Peter) would accept “Dom” into the squad. Dominik first met Peter while on crutches after a severe skiing accident in Switzerland. Peter emphasized that his team was primarily “technique” oriented, and if Dominik wanted more volume, he should seek out another coach. Fortunately, he did not! Jean Basson was already a member of the small team in Johannesburg, and the two athletes would begin a journey together that has an almost “Hollywood” ending. These two young men, who would train side by side for all those years in a small corner of Johannesburg, would go their separate ways; Jean to Arizona and Dominik to Berkeley. They would on August 10th, 2008 do the unthinkable and qualify 1st and 2nd for the semi-finals of the 200m freestyle at the Beijing Olympic Games. (Dominik 1:45.80 and Jean 1:46.31)

Is it just coincidence that Peter Williams coached 2 young men to the pole positions–lane 4 and 5 of the Olympic semi-final 200m freestyle? The answer must certainly be NO! When you get to know this coach, and listen to his passion for swimming and how it is more than just a sport, that it teaches us about life, and its challenges; then you really understand the potential of this incredible swimming mentor.

Peter continues to work with some incredible young talents in South Africa, and though he has not always conformed to the requests of some of the administrators of the South African Swimming Federation, Peter is, and will continue to be as talented a coach as he was a swimmer…WORLD CLASS!!!

In a blog ju

st after the Olympic games in Beijing 2008 Peter wrote, “Jean and Dom choose to believe in themselves. They have each overcome immeasurable odds to achieve international status as specialist free “stylers”. In the crazy world of competitive chaos they have created order and understanding. As their coach and friend I am humbled by their conviction and faith in the Waterborn process. Life has affirmed the relationship between the three of us. We share an unbreakable bond. Jean and Dom have helped me complete one of life’s circles. Thank you!” PW

Will you be elaborating on his theories on technique & training?

Exactly, would love to hear what he thinks!