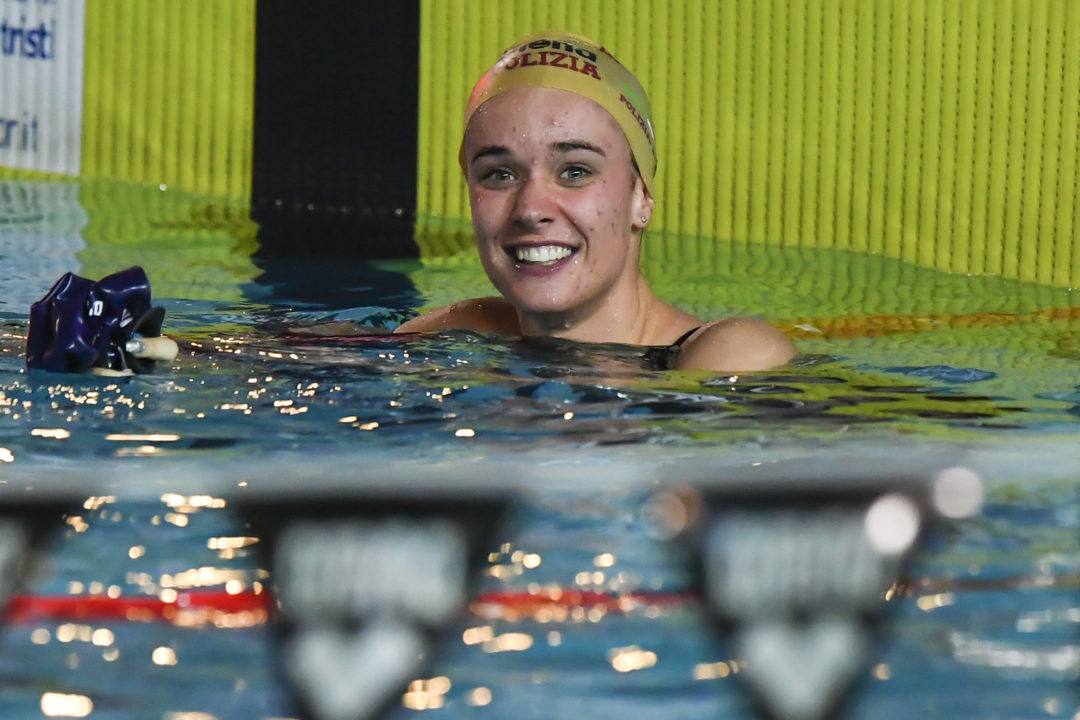 Panziera’s outing surges the Italian to the top of the overall world rankings for the season, dethroning American teen Regan Smith.

Keeping the Italian winning streak alive in Madrid was Santo Condorelli, the once-American/once-Canadian swimmer who notched the fastest 100m butterfly time for the men this evening. Condorelli punched the clock in 52.28 to beat out teammate Piero Codia‘s silver medal-garnering time of 52.45.

Condorelli’s effort falls within the top 12 outings in the world this season and represents the Olympian’s fastest time since 2016.

4-time European Championships medalist last year, including a silver medalist in the 100m fly, Russian Svetlana Chimrova got the job done in the sprint event tonight in Madrid. Clocking a winning mark of 57.88 for the only sub-58 second time of the field, Chimrova nailed her fastest time of the season and came within less than a second off of her own Russian National Record of 57.17.

Chimrova’s remarkable time this evening now enters the Russian as 5th in the season’s world rankings. Of note, Elena Di Liddo put up a solid performance of her own for silver, finishing in 58.57.

Andrea Vergani took the men’s 50m free in 22.02 to position himself as the 4th fastest swimmer in the world this season. He registered an eye-popping effort of 21.68 last summer to take bronze at the European Championships.

Luca Dotto settled for silver tonight in 22.43, while Condorelli took bronze in 22.56.

Caponi, Linda Caponi (bronze medalist at Junior Worlds in the 400 free) not Campioni, even if all these swimmers are Campioni 😉

FYI Andrea Vergani swam an even more impressive 50 freestyle in semi-final in Augist at Glasgow duing European Championship: 21”37 obviously current Italian Record.
You will see outstading results in April during Italian Championship both from veteran and youth talents: Italy is becoming a powerhouse regarding swimming