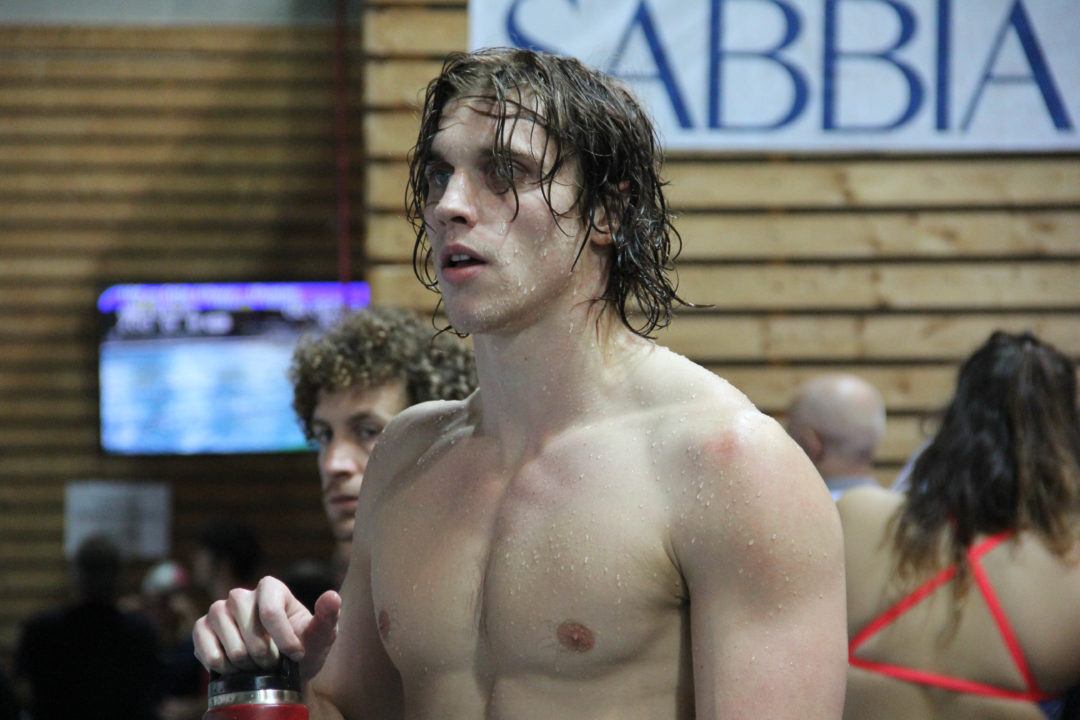 On the heels of Olympic champion Kyle Chalmers’ sub-48 second 100m freestyle at the NSW Championships running concurrently to this Madrid meet, Italian Luca Dotto led the charge this morning in Spain with a time of 49.62. The 28-year-old racing mainstay clocked the only time of the morning under the 50-second threshold, but there was a furious wave of a 3-way tie behind him.

Touching the wall in the exact same time of 50.15 were Moritz Berg Eischeid of Spain, Evgeny Rylov of Russia and Santo Condorelli of Italy. The trio will all flank Dotto in tonight’s final to try to chase down the veteran.

Russia’s Svetlana Chimrova took the women’s top time in the 200m fly in 2:12.69, while Czech swimmer Barbora Seemanova made things happen in the women’s 200m free. Seemanova punched the clock in a solid effort of 1:58.29 to claim the top seed in the 3rd fastest time of her career. Her time tonight was just .04 off of the 1:58.25 that garnered the 18-year-old the bronze medal at last year’s Youth Olympic Games.

Italy’s Andrea Vergani denied Condorelli the top seed in the men’s 50m fly, with the former taking the top time in 24.12 to the latter’s 24.19.

Santo “I’ll represent any country that will have me” Condorelli 🇮🇹🇺🇲🇨🇦

Very decent in-season time of 48.8 for Rylov the backstroker in 100 free.

Use whatever ball to catch him, he doesnt seem to mind where he ends up

Not a great pic– looks like he is auditioning for the Walking Dead show….