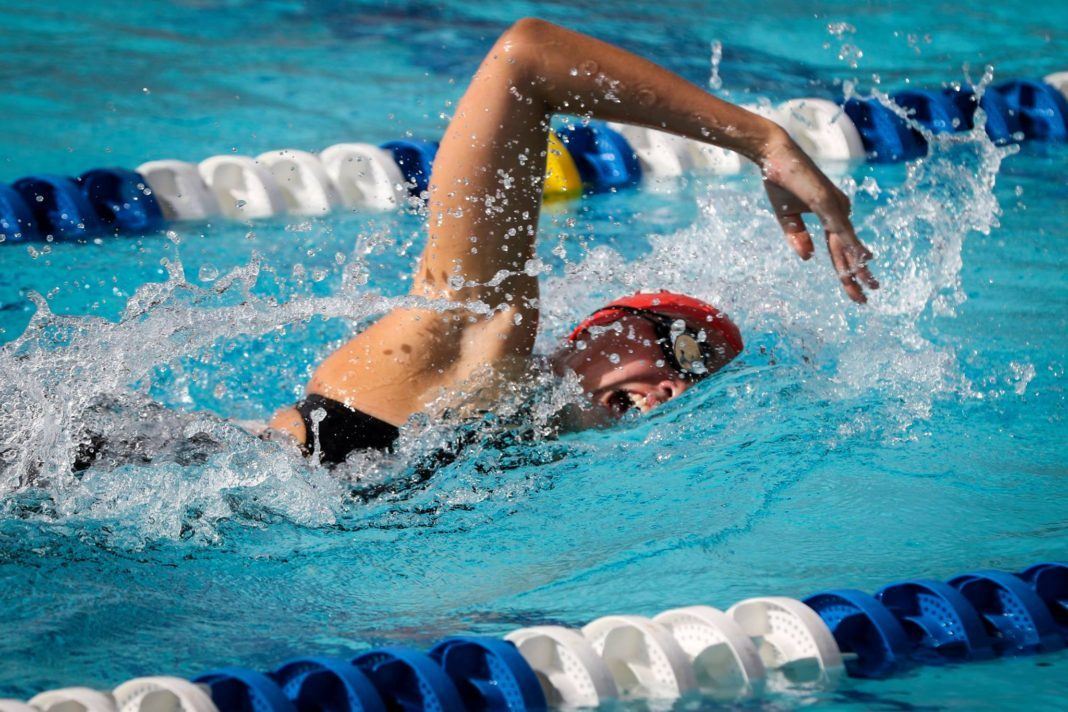 FHSAA 4A powerhouse Oviedo went on to sweep the team titles for the second year in a row at the 42nd Annual FSPA High School Invitational. Stock photo via Florida Swim Network

On Saturday, the 42nd annual FSPA High School Swimming and Diving Invitational took place in Stuart, FL. Over 900 swimmers from 37 high schools participated in the meet this year, serving as a ‘practice’ state meet that will take place during mid-November.

Dominating the meet this year were class 3A and 4A powerhouses Oviedo and Creekside. Of the 22 events that were contested, Oviedo won a boasting 9 events. At the 2018 4A FHSAA state championships, the Oviedo boys were crowned state champ while the girls were the state runner-ups. Below are the top 4 schools that earned multiple wins at this year’s FSPA invite and their performance at the 2018 FHSAA state series.

Into the first individual events, Jensen Beach’s Blair Stoneburg held off Creekside’s Brooke Arnold throughout the race to win by two-tenths with a final time of 1:50.39. Meanwhile, Titusville’s Caleb Brandon cruised to an easy winning time of 1:41.68, nearly 2 seconds ahead of runner-up Creekside’s David Gapinski (1:42.79).

Heidi Smithwick of Jupiter came home quick in the free after falling behind runner-up Oviedo’s Gabby Donahue in the back to win the girls’ 200 IM by 5/100 of a second with a 2:05.43. Jupiter teammate Nicolas Gallego dominated the boys’ 200 IM with his top time of 1:57.69, winning by over 2 seconds.

With three events to go in the meet, it was a no-brainer the Oviedo girls’ and combined teams would win. However, it was a tighter battle on the boys’ side between Oviedo and Creekside. While the Oviedo girls won the 200 free relay (1:37.37), the Creekside boys won the relay with a time of 1:28.17 and earned 14 more points than Oviedo in the event.

After the Koutavas-Moore finish in the breaststroke, the Creekside girls finished their strong runner-up team finish with their 400 free relay winning time of 3:31.09. Into the final event of the meet, Doral Prep’s event winners Montero (500 FR) and Nava (100 FR/BR) powered their relay to defeat Creekside and Oviedo with their top time of 3:09.27.

Into the final team scores, the girls of Oviedo handily won their 3rd-consecutive FSPA team title by 52 points. After a close second place finish in the last relay, it was not enough for the Creekside boys to take down Oviedo. The boys of Oviedo went on to defend their 2018 team title by 1.5 points.

For the second year in a row, the combined team title was awarded to Oviedo by 53.5 points over top-3 finishers Creekside and Jupiter.