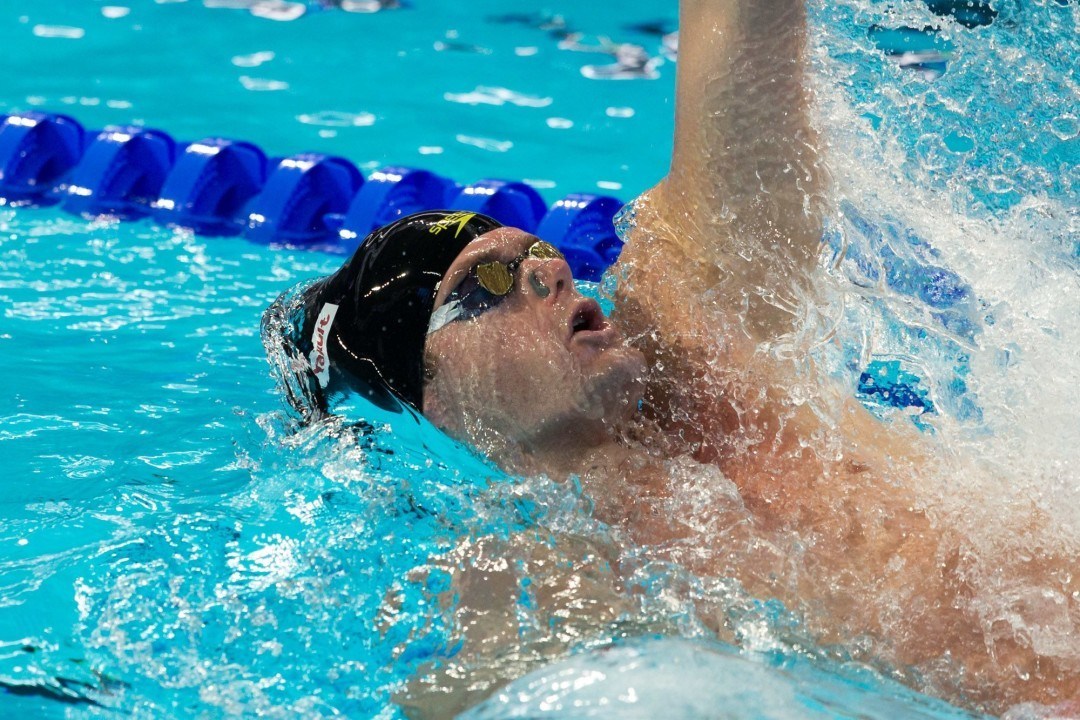 Olympic gold medalist Tyler Clary will not race the 200 backstroke on day 2 of the Arena Pro Swim Series at Austin, focusing instead on the 400 IM later in the night. Archive photo via Tim Binning/TheSwimPictures.com

Olympic gold medalist Tyler Clary will not race the 200 backstroke on day 2 of the Arena Pro Swim Series at Austin, focusing instead on the 400 IM later in the night.

Clary was the third qualifier in the event behind the University of California duo of Ryan Murphy and Jacob Pebley. But Clary is also the third seed in the 400 IM later in the night, and the rest between those two events would get significantly shorter in the finals session. Clary is no longer listed on the heat sheets of the 200 back, but is on the 400 IM list.

The only other scratch out of an A final is Texas Longhorn Madisyn Cox, who bowed out of the 200 free after taking 8th. Cox will also swim the 400 IM later in the night and is seeded 7th.

With Cox out, the 9th-place tie between Taylor Ruck and Stephanie Peacock became more meaningful. Though there isn’t a swim-off listed on Meet Mobile, Peacock is now listed in the A final, with Ruck leading the B heat tonight.

Cox’s scratch also would have moved Maya DiRado into the B final, but the Stanford alum also bowed out. That allows 15-year-old Easop Lee into the consolation final tonight.

One more notable scratch is Katie Meili, who is no longer listed in the 50 free after qualifying 11th. Meili will not compete tonight, but is among the favorites in the 100 breast tomorrow.

Here are all of the scratches from the A and B finals according to tonight’s heat sheets:

That is a good call. Better to swim 1 event fast than 2 events back to back if clary wants to learn where he is in his training in a key event like 4im up against Lochte even though he may ultimately have a better chance of making the Olympic team in 200back in my opinion. There will be no excuses now for not swimming fast. Any predictions?

will the meet be live streamed tonight since its on tape delay?

Yes it will be streamed.