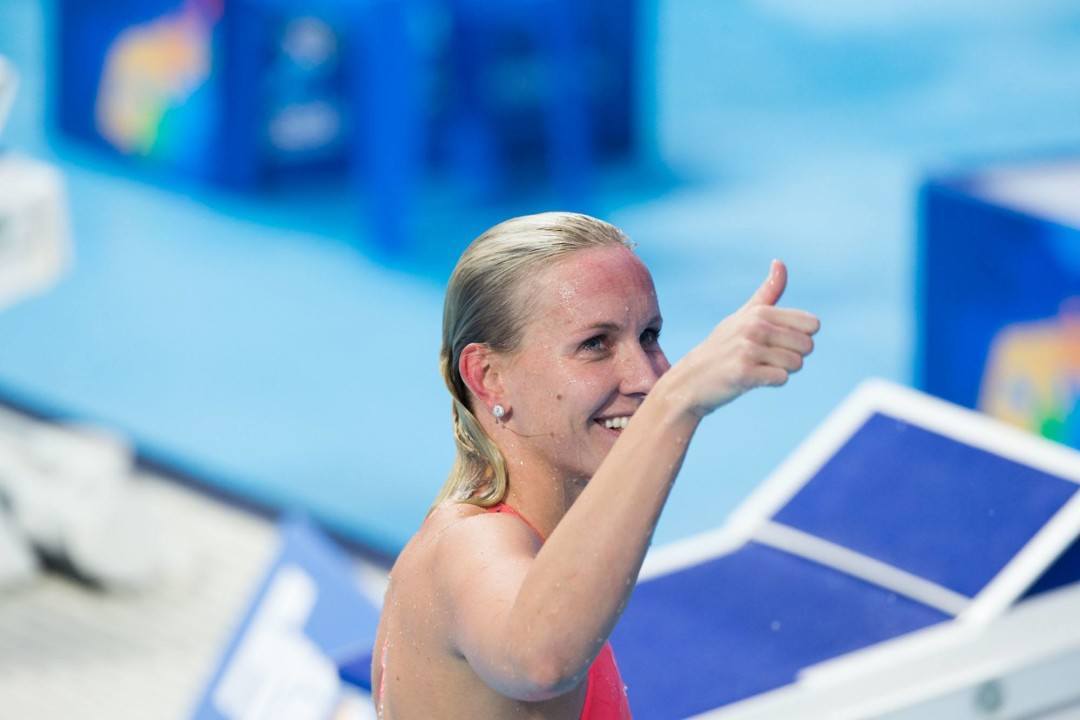 Jessica Hardy has made the move from Trojan Swim Club to Golden West Swim Club, where she will train under Mark Schubert in preparation for 2016 Olympic Trials. Current photo via Tim Binning/TheSwimPictures.com

Jessica Hardy has made the move from Trojan Swim Club to Golden West Swim Club, trading the USC campus for that of Golden West College in Huntington Beach. Hardy is from neighboring Long Beach, where she attended Woodrow Wilson Classical High School. After eight years of training under Dave Salo at Trojan Swim Club, Hardy will spend the next six months leading up to 2016 U.S. Olympic Team Trials under the tutelage of Mark Schubert, head coach at Golden West.

Schubert confirmed, “Jessica decided that Golden West was closer to her home and she wanted a change. She has been with Coach Salo for a long time and owes her success to him. This is the last eight months of her career and [Jessica] wants it to be very successful.”

He went on to add, “I have been a fan of Jessica for a long while. It is exciting to have the opportunity to be her coach this important Olympic year. She is a real Pro in every sense of the word and will be a great example and learning experience for the rest of our team.”

Hardy made the 2012 U.S. Olympic Team in the 50 and 100 freestyles, and just missed the roster for the 100 breast after a third-place finish at Trials. She was a finalist in both freestyles in London, and won a bronze medal as a member of the women’s 4×100 freestyle relay.

Wow. That is a radical, radical change in philosophy from Coach Salo to Coach Schubert. Interesting to see her impressions as she moves forward.

Really don’t know what to expect from her this season.
She’s generally unpredictable.
She can either explode everyone at next trials and swim 1.04 or explode in another sense and die in 1.08 in prelims.
Katie Meili and Lilly King are my picks right now but we never know with Jessica Hardy. 🙂