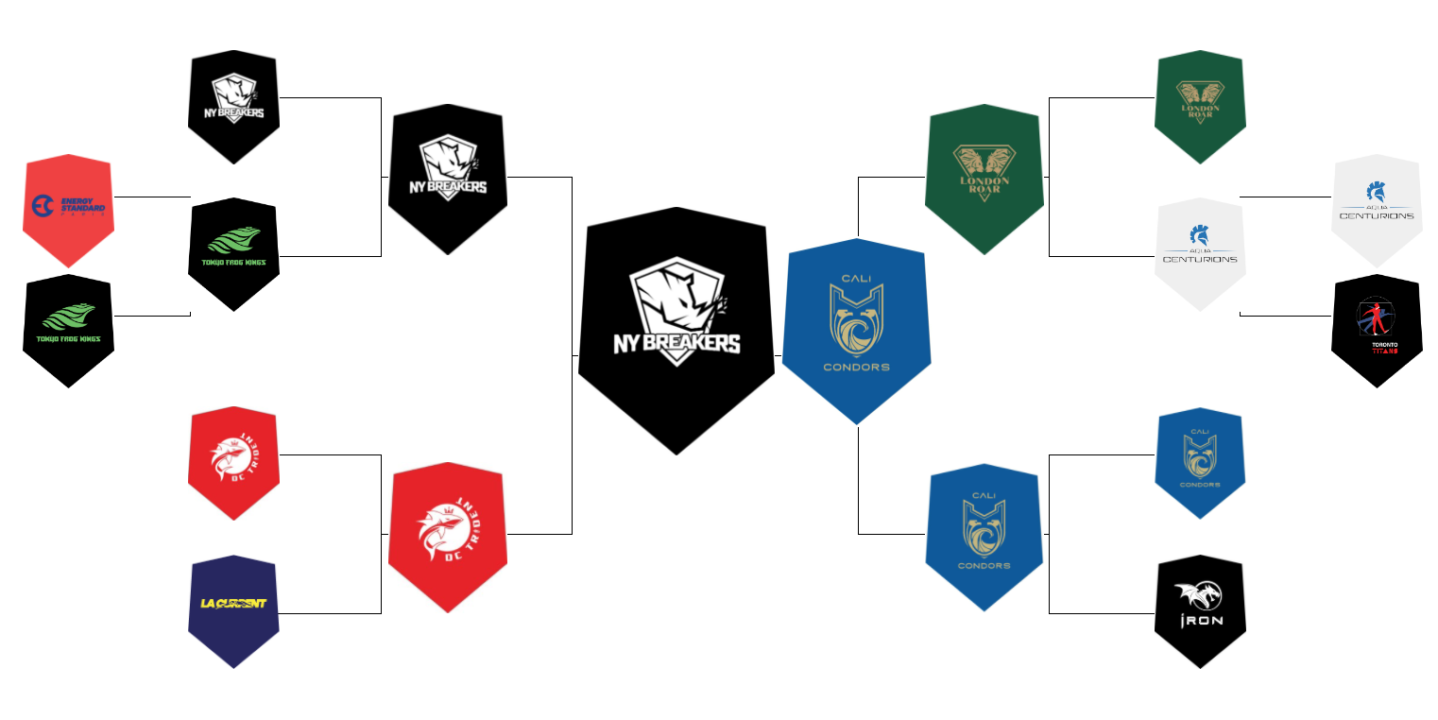 We won’t have a rematch of last year’s International Swimming League logo bracket finals after a stunning upset in the semifinal rounds.

QUIZ: Can You Name Every World Swimming Champion Of the 2010s?

Can you name every individual World Champion in swimming in the past decade? That’s the subject of our latest quiz. Test your knowledge!

We’re on to the semifinals in our International Swimming League logo bracket, with just four franchises remaining in the hunt.

The Breakers are now two-time ISL logo bracket champions, this time dispatching the Cali Condors. (Last year, the Breakers beat London 53% to 47%). The Breakers logo has consistently won throughout both years of our polls in close contests, showing a well-mobilized fanbase to go with its strong logo.

The Condors beat London last week and came closer to beating New York than London did in last year’s bracket. That shows the power of a year of branding, in which the Condors were the top-finishing U.S. franchise with one of the league’s most iconic swimmers in Caeleb Dressel.

The Roar dominated the DC Trident, winning by 58% of the votes. The Roar clinch a second-straight top-3 finish in our logo bracket, while DC finishes fourth once again. Our top four were identical to last year, with the only change being a 2/3 flip-flop between London and Cali.

I still think the Frog Kings is the best, but I can’t argue with any of the other placements.

The NY Breakers have a really solid logo. Simple but not boring like Energy Standard, not way too much going on, and has that “aggressive” feel to it.
Don’t forget the ISL Logo Curse, the teams with terrible logos swim well. My superstitions tell me that the Breakers won’t have a rise, Energy will continue to dominate, and Tokyo/Toronto will have solid rookie campaigns. Cali might have something bad thrown their way despite having a star-studded roster (yes I am superstitious about this.)