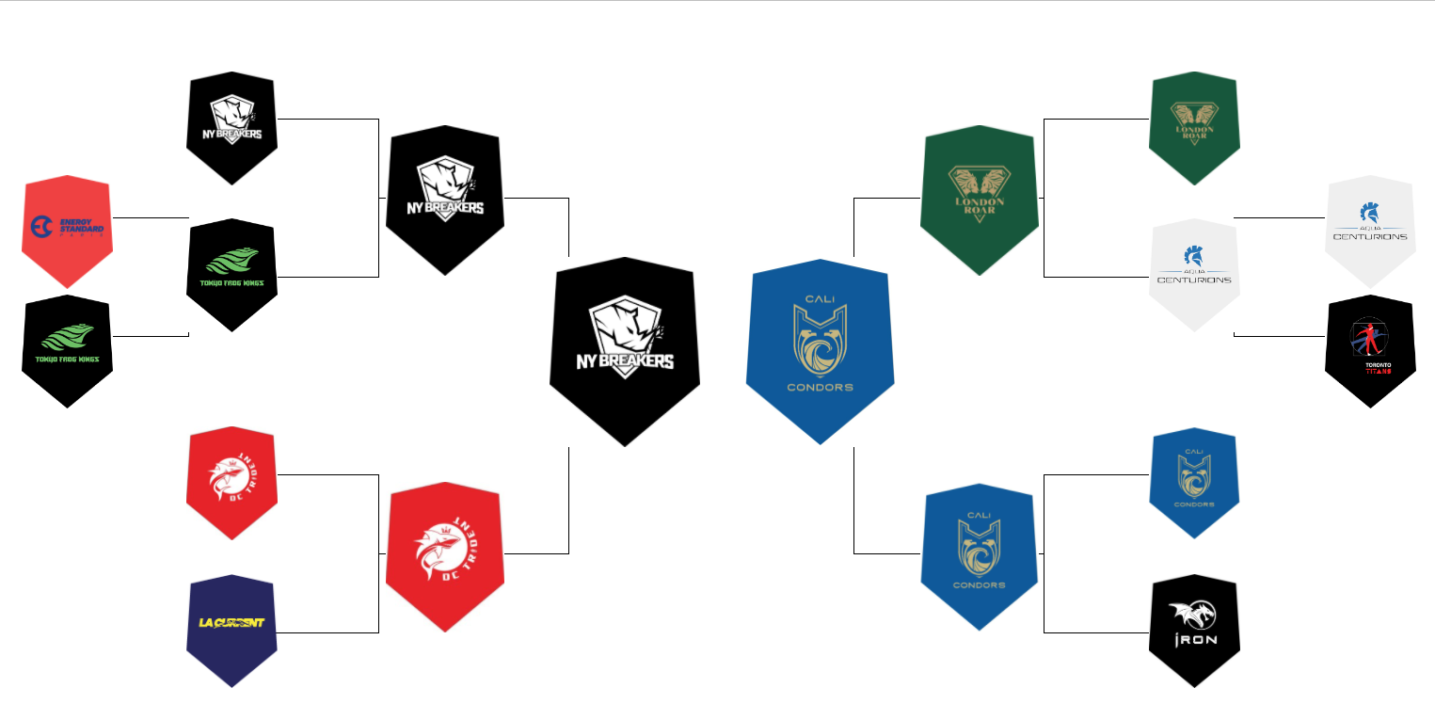 We won't have a rematch of last year's International Swimming League logo bracket finals after a stunning upset in the semifinal rounds.

We’re on to the semifinals in our International Swimming League logo bracket, with just four franchises remaining.

It’s a return trip to the final for the New York Breakers, who skated by the DC Trident by a slightly wider margin than their round 2 win over the Tokyo Frog Kings.

We’ll continue to stand by last week’s assertion that New York Breakers vs Tokyo Frog Kings may have been the marquee matchup of the tournament. The Frog Kings did win the consolation poll and will finish in 5th place overall, but those two might be the runaway best logos of the bunch.

Most of our reader comments focused in on the brutal Breakers vs Frog Kings matchup from last week:

If the last matchup was the battle of logos with white trim, this one was the battle of the golds. And it was a shocker of a vote. The Roar were a standout of last year’s poll, rolling to the final and coming within 6% of besting New York for the win. But this time around, the Cali Condors knocked off London in round 2, and it’ll be an All-USA final.

The vote here came down to just 11 total votes in an absolute nailbiter.

Which ISL team has the better logo? (Final)

3rd Place Consol (AKA The B-Final)

Which ISL team has the better logo (3rd Place Match)

I really want to buy a Tokyo Frog Kings t-shirt

Can someone explain to me why the NY Breakers logo has persevered this far?

The Breakers do a better job of engaging with swim-centric media than many teams do. The general attitude I get from the league (the head office, specifically) is that they believe the swimming audience will just come ‘because,’ and that they need to put all of their effort into capturing the NYT/ESPN/CNN/L’Equipe audience.

The Breakers’ social media presence has felt much more “chlorinated” to me. We certainly see them show up in our mentions more than any other team. And so I think that’s why they’re probably winning this poll.

To compare to an election: ‘they’ve got the best ground game’ to win a poll like this.

-Frog Kings are definitely better than 5th. Maybe not 1st because all of these logos are awesome (ok maybe except Energy and Toronto) but maybe it was just bad luck in the bracket.
-For the final, Cali Condors have a slightly more unique logo. The Breakers logo looks a little too “straight” simple flat and aggressive. Cali Condors have a more complex, maybe even oddly mesmerizing logo. The feel of the Condors logo feels a little bit more “swimming” to me, while the Breakers logo feels like it could be any sport.
-DC Trident needs more of a trident in the logo, even though I never noticed that until recently. Their logo looks a bit childish though it… Read more »

I’d like to see Frog Kings vs. Cali Condors.