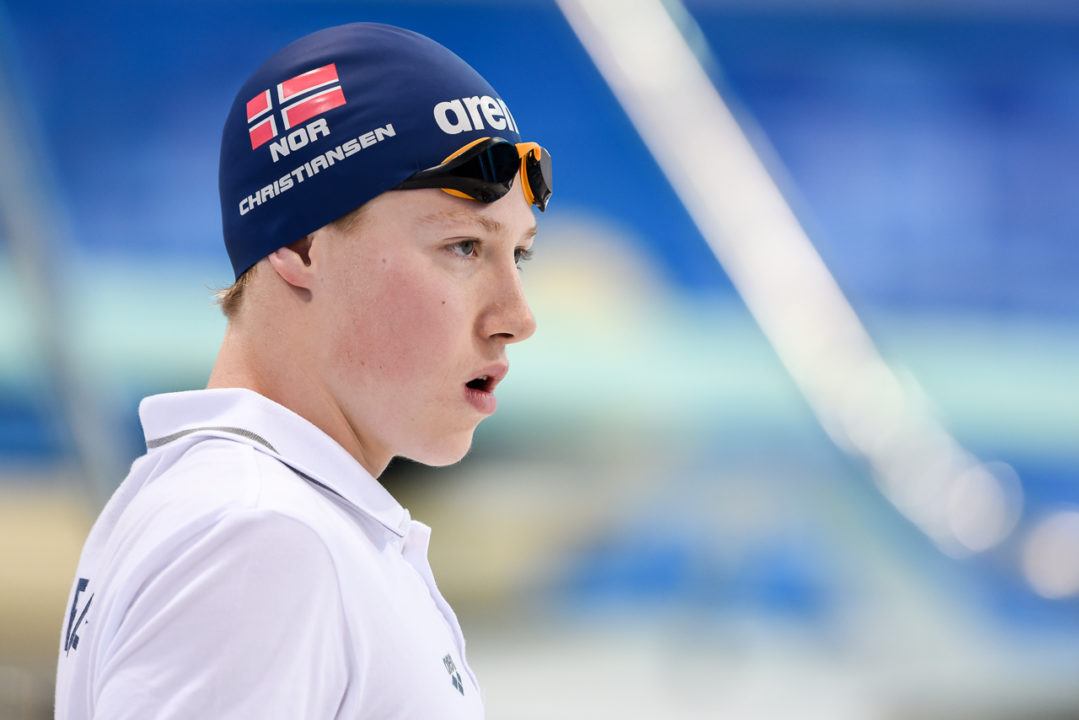 With the 2016 FINA Short Course World Championships fast approaching, Norway has finalized its representatives to the biannual meet. Selection to the championship team is decided on a point scale. Points are calculated based on qualifying times over a set period of time, which concluded at last weekend’s North Sea meet. To qualify for this years meets, athletes need 835 points in short course meters.

Among the stars of the team will be 23-year old Susann Bjornsen, who over the last year has set Norwegian National Records in the 50 meter free in both long course (25.05) and short course (24.62) meters. She’s also the Norwegian Record holder in the 100 meters over long course (55.35).

She will be joined by Norway‘s other 2016 Olympian Henrik Christiansen, who finaled in the 1500 free in Rio at just 20 years old. He made history by making the final after reportedly turning down offers to train at both Cal and Stanford, two of the prestigious swimming programs and universities in the United States. Christiansen hasn’t formally raced since the 2016 Rio Olympics, but his previous best times in the 400 and 1500 meter freestyles would’ve been enough for him to medal, or come very close to it, at the last edition of the World Short Course Championships.

Medalling at the short course championships is something that’s only happened 3 times in the history of the event – on both occasions by male breaststrokers. Aleksander Hetland won bronze and gold at the 2010 and 2012 championships, respectively, while the late Alexnader Dale Oen took a bronze in the 100 at the 2006 championships.

The meet will be held in Windsor, Canada on December 6-11.