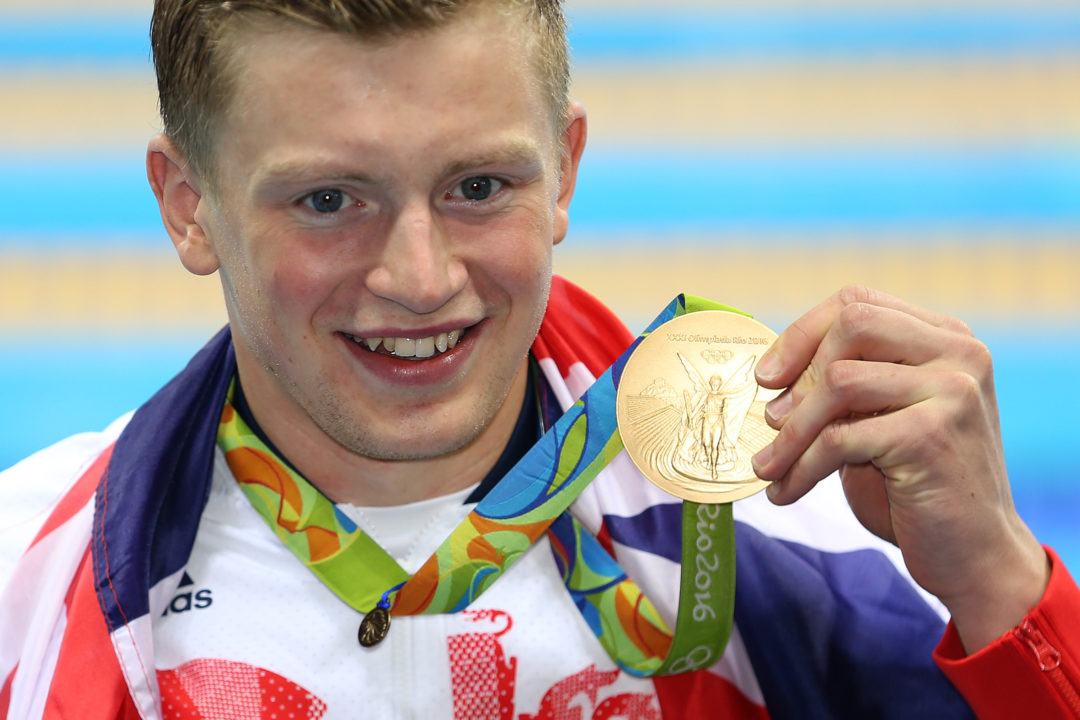 British Swimming will see a funding boost for the 2020 Olympics after their performance in Rio. Stock photo via Simone Castrovillari

The national governing body of swimming in the United Kingdom, British Swimming, has been granted a funding increase for the 2020 Olympic games in Tokyo, Japan.

Team Great Britain (Team GB) won six medals at the 2016 Rio Olympics: one gold and 5 silver. The lone gold medal went to breastroker Adam Peaty, who won the men’s 100m breaststroke with a time of 57.13. On the men’s side the 800m freestyle relay and 400m medley relay took home silver. For the women, Jazmin Carlin took silver place in the 400m and 800m freestyle while Siobhan-Marie O’Connor took silver in the 200m I.M.

UK Sport, the governing body that determines the allocation of public money for all British national teams, sets medal targets for each sport. Swimming surpassed its target of 5 medals at Rio, so British Swimming will get more funds from UK Sport for 2020. The funding given to British Swimming benefits both Olympians and Paralympians. The money is used to renovate the clubs and facilities where such athletes train, pay coaches, and provide other services that elite swimmers need to compete at a high level.

The team’s funding was cut after the 2012 London Olympics, where Team GB underperformed it’s medal goal. Team GB got only 3 medals in 2012, one silver and  two bronze.

In a press release, the head of British Swimming David Sparkes said “Overall this is good news for the sports and is testament to the hard work we have witnessed…it shows improved investment in funded aquatic sports and highlights the fact we are improving as a nation.”