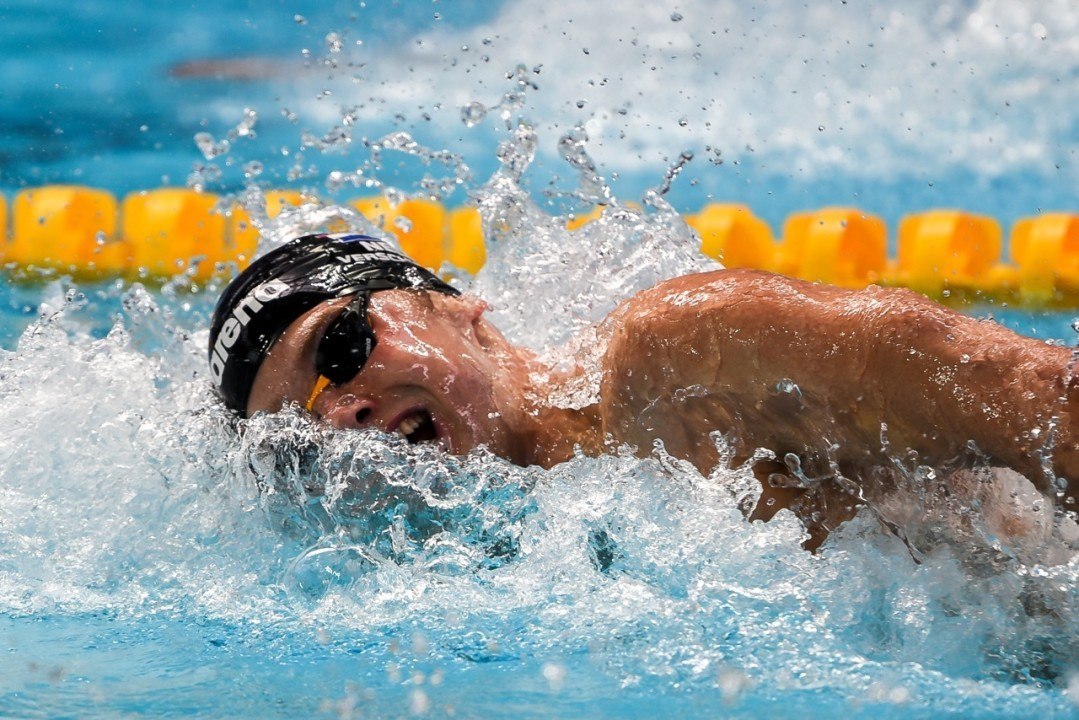 28-year-old Sebastiaan Verschuren reviews his performance in Rio, as well as weighs what his future holds. Archive photo via Peter Sukenik/www.petersukenik.com

Individual swimmers, as well as countries who underperformed overall at the 2016 Olympic Games are still in the after-action review phase, evaluating what could potentially change for the better this new quadrennial. We’ve reported several athlete training base moves, including Chad Le Clos departing from his South African Seagull club and coach Graham Hill, as well as Aussie Mitch Larkin leaving Michael Bohl at St. Peters Western.

Dutch European Champion, Sebastiaan Verschuren, is another athlete who is contemplating what his next four years will look like having come away from Rio medal-less. Immediately after the 2016 Olympic Games where the 28-year-old finished 10th in the 100m free (48.28) and 11th in the 200m free (1:46.34), Verschuren told the press that he ‘was sure he would quit.’ However, 3 months and a healthy dose of vacation later, the swimmer has changed his mind, now taking his career year by year instead of calling it quits.

Verschuren is now determined to apply what he learned from Rio and use it to fuel his upcoming endeavors. “[The disappointment of Rio] is definitely one of my motivations. I think I can be even better in the 200 free. I’ve been trying very heard the past 4 years to get my 100 free to be faster than London, but that didn’t work. I’m really confident on being faster in the 200, though.”

While competing at the Dutch Short Course National Championships in Hoofddorp last week, the two-time 2016 European Champion Verschuren also spoke to the local press about the fact that the overall state of the Royal Dutch Swimming Federation. The landscape has certainly changed as of late, as his nation’s Technical Director, Joop Alberda, had announced his resignation prior to the Olympics and did not traveled to Rio.

“I think Alberda has done everything from his vision and what he saw as the best for swimming.” Verschuren continued (translated), “Compared to four years ago, some harder lines were drawn. But you can overdo it.”

Earlier this month, the Royal Dutch Swimming Federation (KNZB) Evaluation Committee conducted its own investigation into the overall culture, training approaches, and personnel involved with its entire squad. Although the report indicated that the talent and overall form of the Dutch squad as a whole was where it needed to be in order to win medals in Rio, the committee called the communication between athletes and federation leaders as ‘substandard.’

The report stated that what was once initially seen as a positive change in team values was later seen as ‘oppressive’ and ultimately ‘led to friction’. Of the report, Verschuren offered, “I think that’s unfortunate. Anyone who was in Rio was carefully chosen.”

Personally, Verschuren has experienced a coaching change, but not voluntarily. Post-Rio, his longtime mentor in Amsterdam, Martin Truijens, has taken over as the new head coach of Denmark’s National Training Centre in Copenhagen, replacing the departed Nick Juba.

Moving to Denmark wasn’t an option for Verschuren, as his says his ‘finance works in Alkmaar and he doesn’t see himself going anywhere else and upsetting his whole life.’

Staying in Amsterdam, Verschuren will now work with Mark Faber, an accomplished Paralympic swimmer who was just announced as a new National Training Center coach. “I am pleased with him. I feel he has all 3 three things that I look for in a coach – relaxation, toughness and skill,” says Verschuren.

Longevity-wise, Verschuren is positive his career now will go on, despite being 28 years of age. “Swimmers are lasting longer than ever before. You don’t have to stop on your 30th birthday.”

However, he is realistic, identifying “it is a huge sacrifice to keep swimming. The [Olympic] Games are nice, but you are still working your body 40 hours a week to prepare.”

Verschuren is not among the Dutch squad heading to Windsor for the 2016 FINA Short Course World Championships this December.