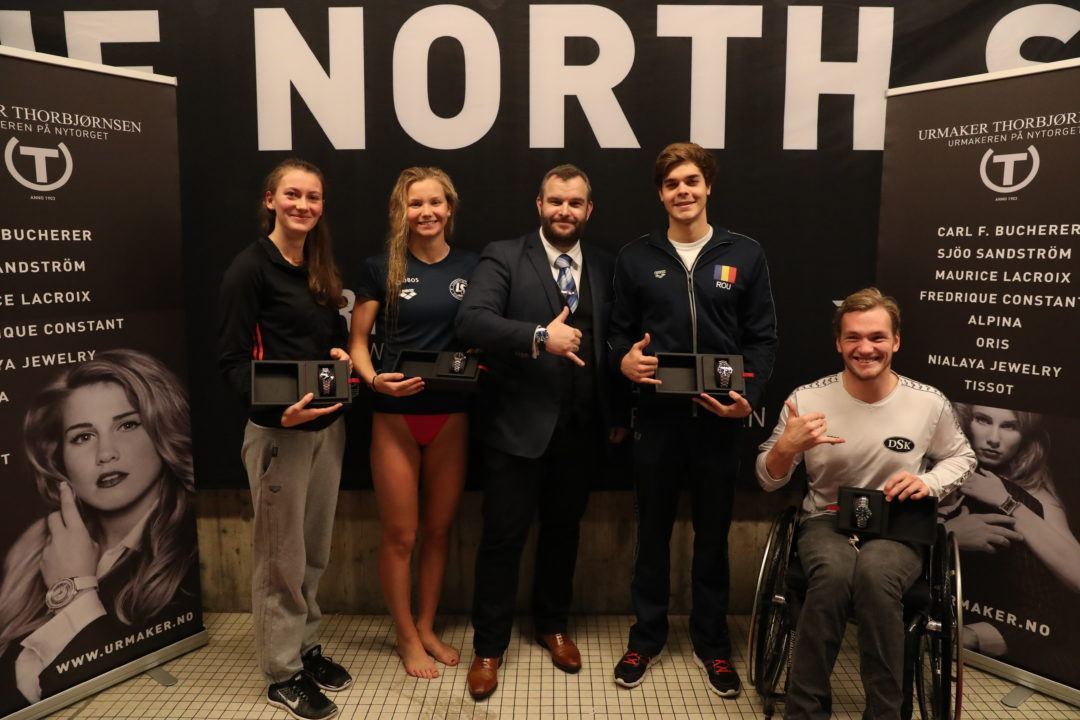 The North Sea Swim Meet took place over the weekend in Stavanger, Norway. Top swimmers from all over the world have come to Stavanger for this short course meters meet since 1973.

Other women’s performances included a big meet from defending European Champion in the 200 fly Franziska Hentke. She won the most events overall for the women with five victories and set a new meet record in the women’s 400 I.M. with a time of 4:41.94.

On the men’s side Italian Luca Dotto had the most wins, taking first place in the 50m freestyle, 100m freestyle, 200m freestyle, and 50m butterfly. The times weren’t overly impressive – his 48.12 in the 100 free, for example, was only a tenth faster than the 48.25 he used to win the European Championship in long course earlier this year.

Other notable swims included a second place finish in the 1500m freestyle from Erik Årsland Gidskehaug, who notched a time of 14:56.18 and only missed first place by 1.73 seconds. Gidskehaug earned a spot on the Norwegian team going to the Short Course World Championships taking place December 6-11 in Windsor, Canada as a result of that effort.