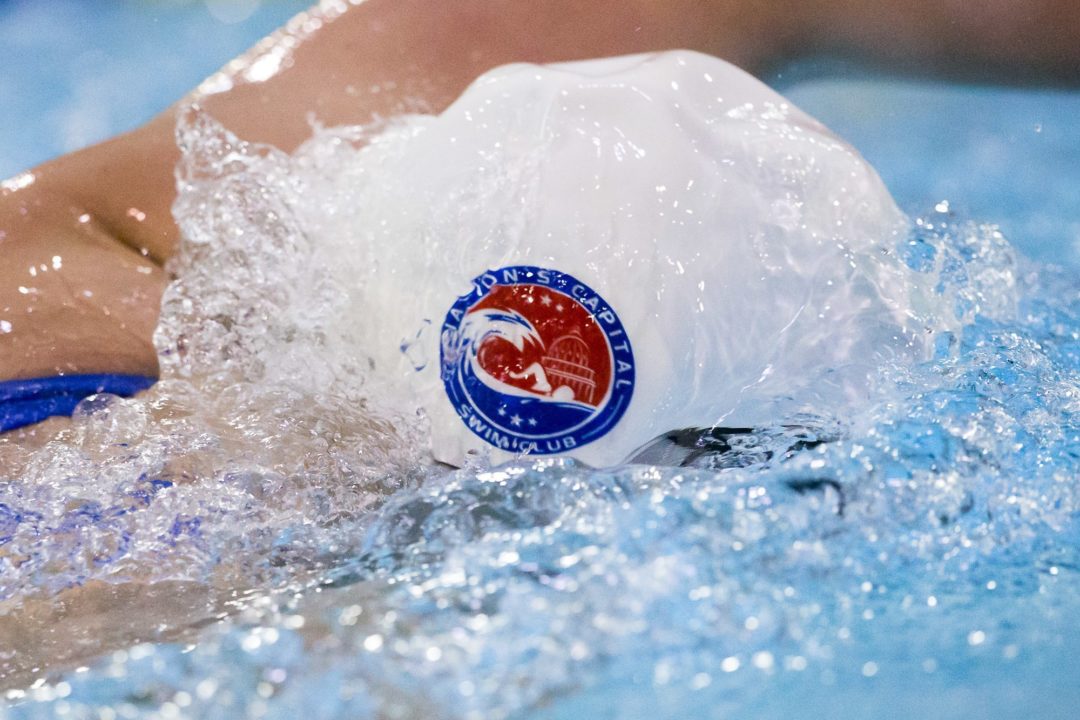 Nation’s Capital Swim Club is looking into constructing a new aquatics facility in Vint Hill, Virginia, though the current proposed $6.4 million price tag is the primary hurdle. At present, the club operates out of 15 pools across the D.C. area with about 1,850 members. They were the top-ranked club in the country according to USA Swimming’s Club Excellence program – which doesn’t control for club size when building rankings.

The club has produced a plethora of National and Olympic champions in its history, including recent stars like Katie Ledecky, now trained at Stanford, who has 5 Olympic gold medals. Current 17-year old US National Team member Phoebe Bacon also trains there.

NCAP owner and CEO Tom Ugast told FaquierNow.com that the mega-club is hoping to build a facility at Vint Hill. That outlet reported that the facility could cost about $6.4 million. Ugast told SwimSwam, though, that at this point in the process, the project would be unworkable at that price. He says that the club currently has about $600,000 to put into the project, and would need to finance the rest.

“At that price tag, it isn’t gonna happen,” Ugast said.

“In the swimming environment, you can not pay that debt load back. It’s got to be a lot lower.”

The club is currently working with architects and general contractors, trying to lower the cost of the facility into a range that the club could eventually pay off through their regular dues and support. FaquierNow reports that the current proposal would feature a 12-lane, 25-yard pool for training that would cost about $4.4 million. A smaller, three-lane, 25-yard pool would cost about $2 million on top of that.

Those figures do include the cost of real estate. NCAP is targeting a site in Vint Hill, with a current contract to buy the 3.2-acre plot of land for $610,000. Vint Hill is about 40 miles west of Washington D.C., across the Virginia border.

Editor’s note: this section has been updated to clarify that Vint Hills is fairly far west of the Virginia border.

Building its own facility would allow NCAP more flexibility, Ugast said. The multi-site club currently rents time at all three of its training bases, and has to schedule around pool availability.

The facility would be designed to pull the training groups from the old indoor pool at Vint Hill, the Warrenton Aquatic and Recreation Center (WARF), and the Freedom Aquatic & Fitness Center in Manassas, which currently house about 48, 55, and 200 members, respectively, according to Ugast. The club leases lanes at WARF for $56,000 from September to mid-March, about $40,000 a year to rent the pool at Vint Hills, and around $180,000 to rent lane space at the Freedom Center.

Ugast says that owning its own facility would give the club more control over their space and use that space more efficiently. He envisions this hypothetical new facility as catering to residents in the New Baltimore area and Prince William County – areas with a lot of children and a lot of new development.

I looked at the map & it looks to me like the real non-starter is location. Vint Hill is well west and outside of Fairfax, Arlington & Alexandria Counties where, I presume, a large % of the NCAP members on the Virginia side are located. And traffic in that area is diabolical.

Is this really more of a play to grow the map to make NCAP a larger regional team. The draw here would be kids in Manassas, Gainesville, Leesburg VA I’m guessing. That’d make more sense but it seems unclear in the article.

NCAP *already* has a presence in the area they’re talking about led by Jeremy Linn (“NCAP West”). This new pool location would not be drawing kids from Fairfax/Arlington (and definitely not Alexandria). Nor would it be “growing the map” — they’re already there. It would be replacing the current rental agreements they have at Gainesville, Warrenton, and Manassas pools.

“Vint Hill is just west of Washington D.C., across the Virginia border.”
It’s roughly 40 miles to the west of D.C. I wouldn’t call that just across the border. I agree that this might pull swimmers from further out, but it’s not a great option for swimmers in the Alexandria, Arlington, Fairfax area.

Correct. I live in Alexandria, and the thought of driving to Vint Hill from Alexandria, Arlington, or Fairfax County makes me nauseous. Definitely not “just west” of D.C.

I legit had never heard of Vint Hill

“Currently rents time at all three of its training bases.”

NCAP has a lot more than 3 facilities it swims out of..I think it’s like 12

I believe the 3 refers to the number of pools the NCAP programing out there uses. Not the whole of NCAP.

Hi all, I’ve added more details that I hope makes it clearer what that’s referring to. Thanks for the feedback.

Thanks. Interesting how much the rent is