NCAA October Performance: Who is Faster so Far? 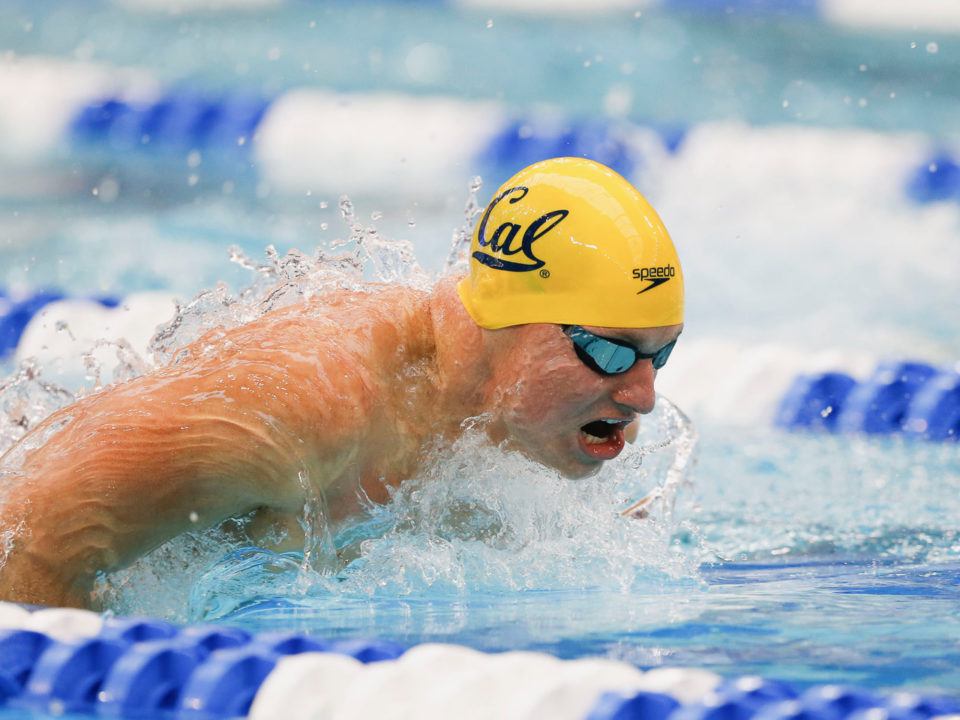 Last week I looked at how much valuable information we can glean by looking at October times from D1 swimmers.... Current photo via Tim Binning/TheSwimPictures.com

October has come to a close, so we now have all of the October times data from this season that we’re going to get. So, who is looking fast? Who is off their game? Let’s dive into the data.

I looked at every D1 swimmer who had a time in an event last October, this October, and at their conference meet or nationals last year. I then compared their fastest October times from each year in those events. The conference/nationals requirement is to make sure that these are primary events for swimmers and not something they are doing for fun/experience or at a pentathlon meet or something.

The team level data is where things get really interesting. That can give us some insight into how tired teams are and how well they’ve actually been swimming.

The top women’s team by time change so far is Akron with an average time improvement of 2.9% on 26 swims. This explains Akron’s surprisingly high early ranking. Currently they are 10th in the (way-too-early-not-enough-data-yet-to-be-very-useful) Swimulator computer rankings. CSCAA ranked them 22nd. It seems they are ranked that high due to unusually fast October times. The reason they were so fast appears fairly clear cut: they suited for the Akron Zips Classic, and they didn’t last year because this was the first year the meet existed. Other teams that were at that meet also appear on high on the October improvements lists (Cleveland St., Miami (OH)).

Suiting for early season meets appears to be the explanation for a good chunk of the teams with large early season time differences. Among power conference women’s teams, the best performers have been Virginia (1.4% faster, 34 swims) and USC (1.2% faster, 32). This is at least in part because of their participation in the SMU Classic. Swimmers at that meet were suited and the competition is fast. Due to the entry limit, may of the swimmers that participated for USC this year weren’t there last year explaining their improvement. Also, USC suited for the Trojan Invite this year.

In the case of Virginia, they weren’t at SMU last year, so everyone who participated for them didn’t have a suited meet in October last year. For two of last year’s SMU participants, the Michigan women (1.7% slower, 21) and the UCLA women (2.5% slower, 14), their non participation this year likely can go a long way toward explaining their slower average performances this year-both are in the bottom 5 women’s teams.

The more interesting teams are the ones with large October time differences that didn’t suit up this year or last. The likely explanation of the change for those teams is a different training plan. The Texas men, for example, have been an average of 1.2% faster this October than last October (32 swims). This is likely because, according to assistant coach Wyatt Collins, they haven’t been going as hard in practice as last year. Their rivals the Cal men were even better, improving an average of 2.4% on 30 swims. It appears something is different in Berkeley this year as well.

Most of the big differences can be explained by something simple. Suiting, easier or harder training, the whole team getting food poisoning, etc. However, as I mentioned before, ignoring all that important context, under neutral conditions it is better to be faster this time of year than to be slower. Read the team average change table below with that in mind: it’s better to be in the green than in the red, but if there has been a large change in how a team is performing, there’s probably a reason. Something changed.

I also looked at the October time changes for swimmers who were ranked in the top 10 in an event last season. The men were an average of 1% faster (32 data points) than last year and the women were an average of .8% slower (46 data points). Those sample sizes are probably too small to trust the average too much. The complete time change tables for returning top 10 swimmers are below the team change data at the end of the article.

negative is faster, positive is slower, Comparing swimmers to themselves. Best time in the month of October this year and last year. Only in events they swam at end of year taper meets. Number is the number of data points for each team.

(Note: this table was edited due to an error in the CAA data. )

This is really cool Thanks for doing this for us nerds.

Can I get a LEHIGH!?