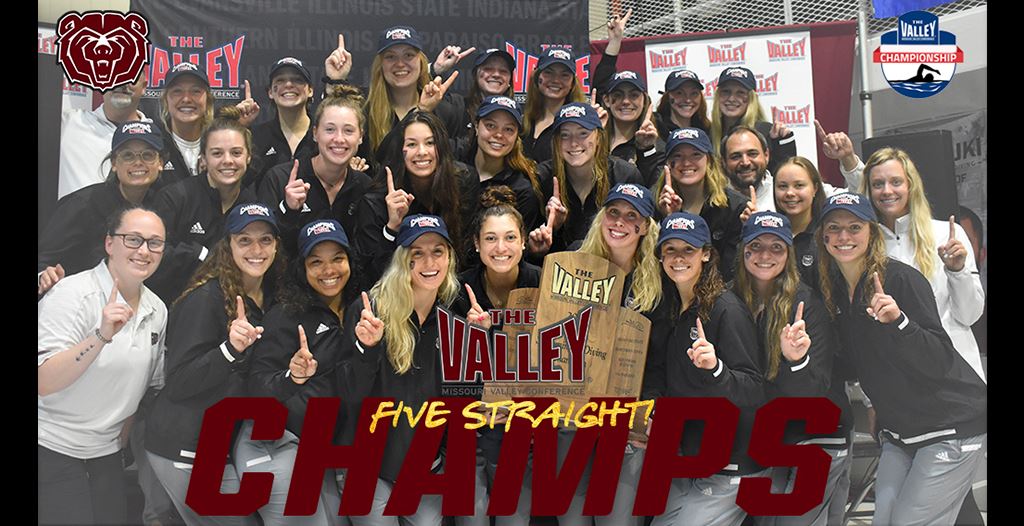 In all, 7 swimmers from last weekend's conference meets swam under the invite times from this year. Stock photo via Missouri State Athletics Communications

One downside to the conference meets being pushed back by 2 months is that they took place after NCAAs. This year, in particular, several swimmers from these conferences could have earned invites to NCAAs if the conference meets had been held beforehand, or if NCAAs had been pushed back. In all, 7 swimmers from last weekend’s conference meets swam under the invite times from this year. 3 of the swimmers – Sarah Watson (Akron), Daisy Platts (Bowling Green), and Toni Naccarella (Buffalo) did compete at NCAAs, and Watson even made a B final. Importantly, Watson and Platts swam season bests in their NCAA-qualifying events last weekend, while Naccarella was right on her 100 free season best.

Swims that were under invite times for NCAAs:

In case you missed some or all of our coverage from these championships, here is a brief summary of the highlights from each meet:

Buffalo snapped a 7-year win streak by Akron, stopping the Zips from becoming the first team in MAC women’s swimming & diving history to win 8-straight championships. The meet was tight the entire way through, and ultimately came down to the last event: the 400 free relay. Buffalo and Akron were locked in a tough fight through the majority of the relay, but Buffalo pulled away when junior Toni Naccarella dove in for the anchor. Naccarella’s relay legs were huge for Buffalo throughout the meet, and were pivotal in Buffalo winning 4 of 5 relays, upsetting Akron in many of them.

There were MAC Records broken left and right last weekend. Miami freshman Nicole Maier emerged as a massive force within the conference. Maier opened up her meet with a jaw-dropping 4:39.96 500 free, absolutely shattering the MAC Record. That swim would have earned Maier a 7th-place finish at NCAAs last month. She went on to break the MAC Record in the 400 IM as well, swimming a 4:11.30. Akron’s Sarah Watson, who competed at the NCAA Championships, broke the MAC Records in the 200 IM (1:56.42) and 200 fly (1:55.98). Bowling Green junior Daisy Platts, also an NCAA invited swimmer, broke conference records in the 100 back (52.39) and 200 back (1:53.67).

The Richmond women’s team won it’s 16th total A-10 team title, and their first since 2017 this past weekend. They did so by a considerable margin as well, besting runner-up Duquesne by almost 150 points. Interestingly, Richmond didn’t win an event until the final day of the meet, where they ended up winning 3.

George Washington won their 4th-straight men’s A-10 title, winning by a convincing 262-point margin. The Colonials also won 14 event titles at the meet, winning nearly every event. George Washington freshman Karol Mlynarczyk won 3 events at the meet, and won Outstanding Swimmer of the Meet for his efforts. Mlynarczyk also had the top performance of the meet, swimming a 46.03 100 backstroke, which would have qualified him for Men’s NCAAs this year.

🥇🥇🥇
Another gold for Karol Mlynarczyk!! He clocks a 100 back time of 46.22 seconds that would’ve been good enough to earn an invite to NCAAs! #RaiseHigh pic.twitter.com/0Fds2QsNJk

I may be mistaken but didn’t the Big East Women’s Swimmer of the Meet earn a qualifying time in the 400 IM for Villanova? If so, you left her off your list! Go Nova!

GW won their fourth title, but not straight since George Mason won in 2020. Otherwise, great article!

Wow, I love the way Mlynarczyk built up his stroke rate through the whole race.

Just buried the rest of the field by the end. As just a freshman, should be fun to watch in the next few years