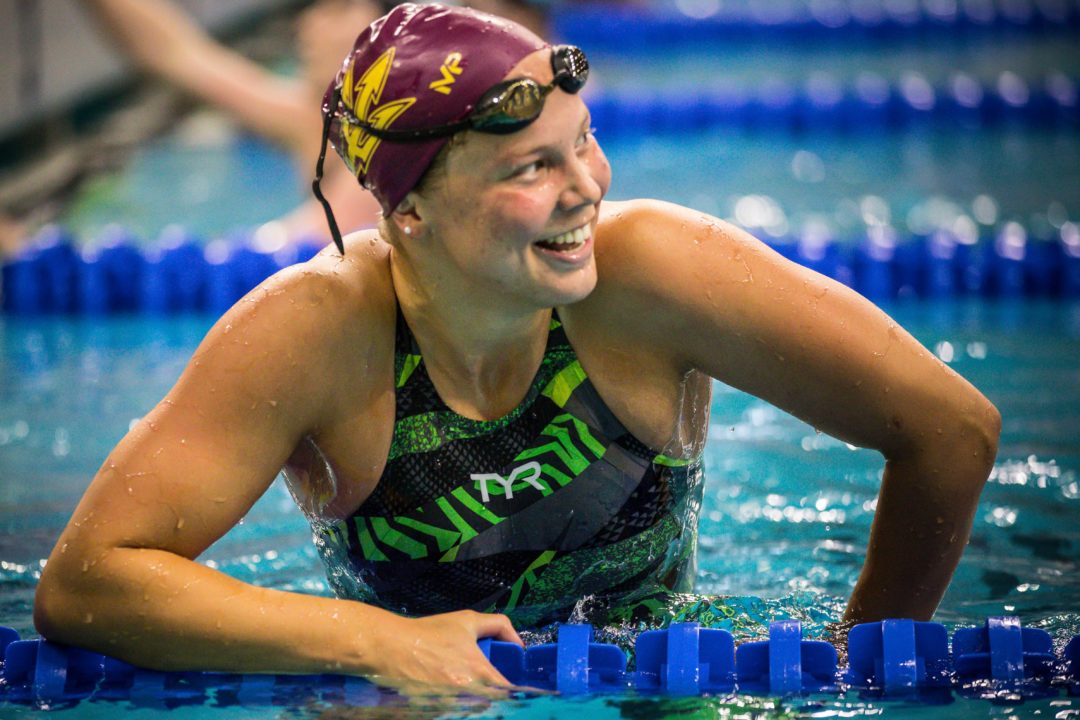 On the second day of competition at the Finnish Swimming Championships, Fanny Teijonsalo, who holds the national record in the 50 free, topped the field in the 100 fly.

The 25-year old led the field by almost a second in the event, touching first in a time of 1:00.81. While she won the event easily, she was still over two seconds off of the national record in the race, a 58.68 that was set by Emilia Pikkarainen in 2013. That record is the oldest women’s national record in Finland that wasn’t set during the “super-suit era”.

Teijonsalo wasn’t done after her first win of the night, as she picked up a second win later in the night in the 50 free. She wasn’t far off of her national record in the event, as she touched in 25.14, just .37 off of her record that she set earlier this year. While she was off from her best in the event, she has already secured her Olympic qualification, with her time of 24.77 having tied the automatic Olympic qualification standard. Collegiately, Teijonsalo swam for the Arizona State where she qualified for three finals at the 2019 Pac-12 Swimming and Diving Championships.

Later in the session, Niko Makela picked up his second win of the week when he topped the field in the 50 fly. Makela, who is 23, was able to hold off Beeti Ruohtula by just .06 to touch first in 24.22. Ruohtula touched in 24.28, while Anton Herrala was also close with a time of 24.32.

Makela has an interesting back story, as the athlete has worked odd night jobs throughout his career in order to finance his swimming. According to an interview he did with a Finnish newspaper in 2020, Makela frequently worries about where his food money will come from and makes use of a car polisher to massage his muscles after training.