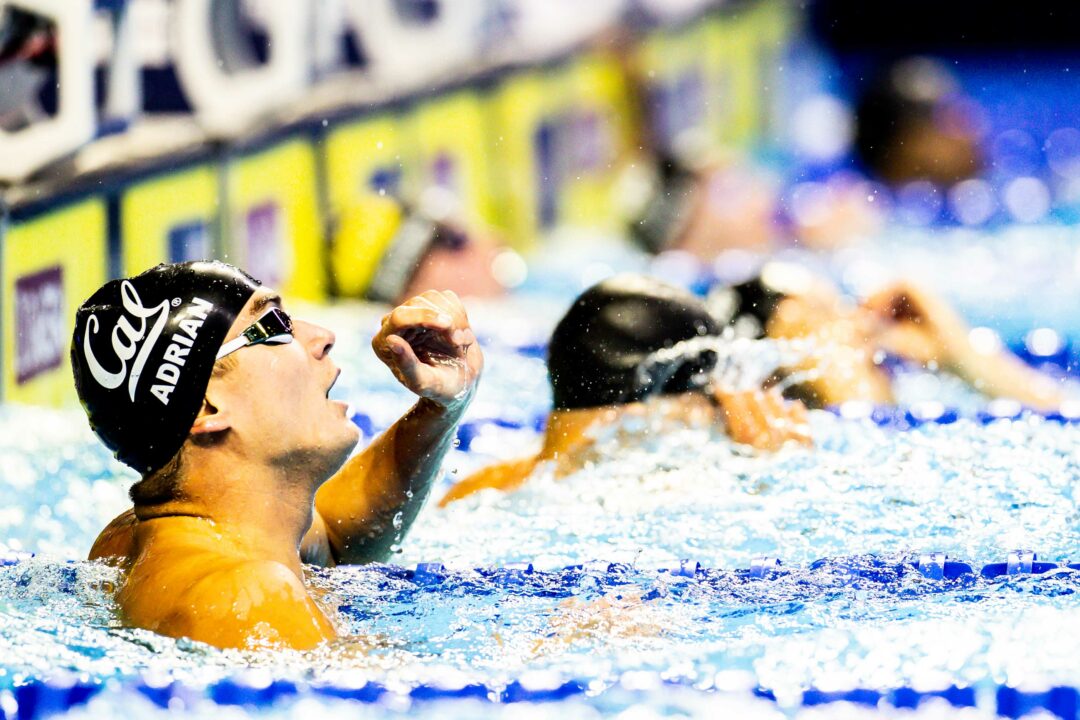 Adrian, 32, clocked 21.73 to finish third. This will be the first time since 2004 that Adrian is absent from the U.S. Olympic team. Current photo via Jack Spitser/Spitser Photography

This didn’t look like an easy interview for him, but as always took it in stride and kept a good perspective on the situation

Quite possibly the ‘CLASSIEST’ of class acts in the sport of swimming.

Never made any excuses ever whenever he underperformed.

Please keep going! Not ready for him to leave

When he was interviewed i think by Michelle Tafoya (by the way, really didn’t like many of her questions, especially towards the end trying to drum up drama when the meet truly is about the elation of qualifying for the Olympics), I think she asked him about future, and Adrian said something about it only being 3 years from now…that ‘could’ keep him around. I mean, if Anthony Ervin could win a gold medal at 35, I see no reason why Adrian can’t be the same or at least close to it.

If he maintains his current level, it’s more about just executing his races well enough to get onto the team for relay. I don’t think people expect 35 year old Adrian to be top 2 to swim individually in the 100fr, but he was clearly on form enough this year to make the team, just bombed his semis swim.

It isn’t like he was that far off. Dressel and MA will likely still be around in the 50, and David Curtiss and maybe others will be better, so it won’t get easier, but he might be able to pop off a good enough 100 to make the team. I’d think speed is the first thing to go as you age and he still has plenty of that.

I’ve always hated the spurs. but Tim Duncan… he is the man.

What team do you got?

I feel like Adrian is going to comeback in Paris

More power to him to stay on the sport – from a standpoint of building a stronger “business” around swimming I think it is important to have a good mix of veteran names and up-and-coming new guys. Adrian is a guy who has solid name recognition and brand potential, and I think brands seeing famous swimmers as a target is important. Dressel isn’t exactly “new”, but I think he has the potential to have a “Phelps-esque” run on medals in Tokyo and move into that level of fame that only a few swimmers have ever achieved.

Getting older sucks. I’m 43 and the worst part is that you can’t recover from hard work like you used to.