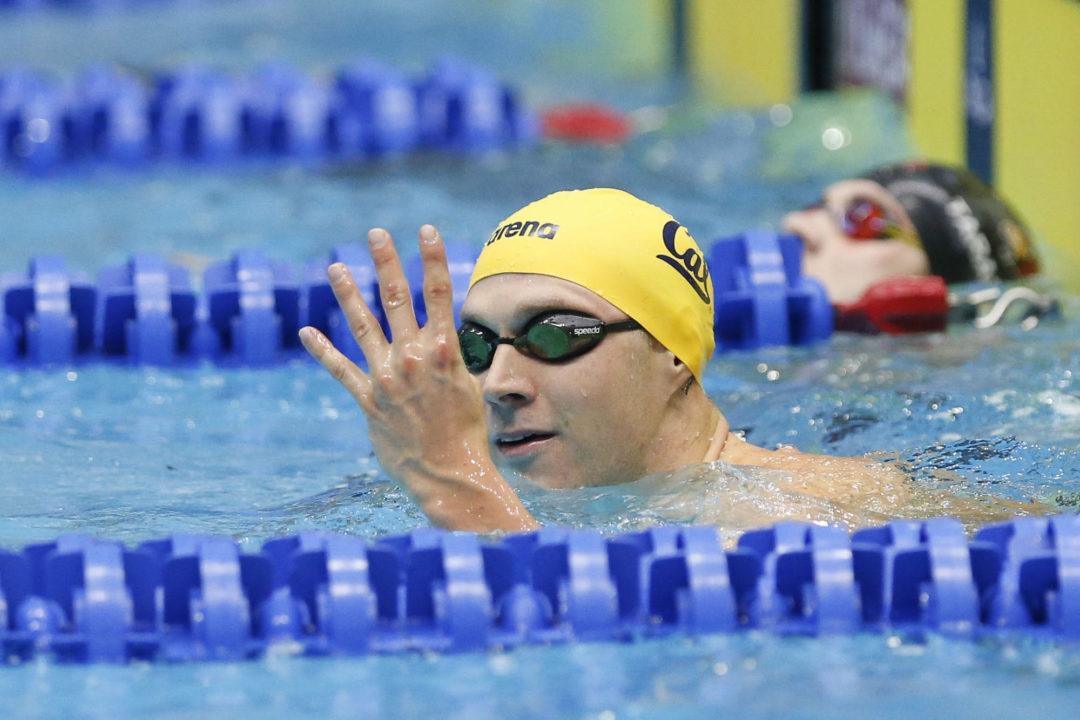 Swimming in the final at the 2017 Men's NCAA Championships, Murphy, the American Record holder, pulled off another sweep of the backstrokes with a 1:36.75.

In his final individual collegiate swim, Cal senior Ryan Murphy put together one of the fastest swims in history in the 200 back. Swimming in the final at the 2017 Men’s NCAA Championships, Murphy, the American Record holder, pulled off another sweep of the backstrokes with a 1:36.75. That was the 2nd fastest performance of all time. He’s now a 4-time NCAA champion in both backstroke races.

Amazing swim by Murphy. As Rowdy said, ‘the heart of an Olympian’. And incredible of Shebat to push him that far – especially when you consider that Murphy was picked unanimously​ by everyone in the SwimSwam pick em contest, something that not even Katie Ledecky can boast of at the moment.

Shebat, Roberts, and Harty should make Horns very
formidable in backstroke next year!

Taking place right after their 100 fly onslaught then their 200 free onslaught.

amazing swims by all three, never thought I’d say this but Murphy’s records may be broken real soon

Still a looooong way to go. Shebat had a great year but 1:35.7 is a whole new level.

Shebat is still behind the guy Ryan Murphy beat out