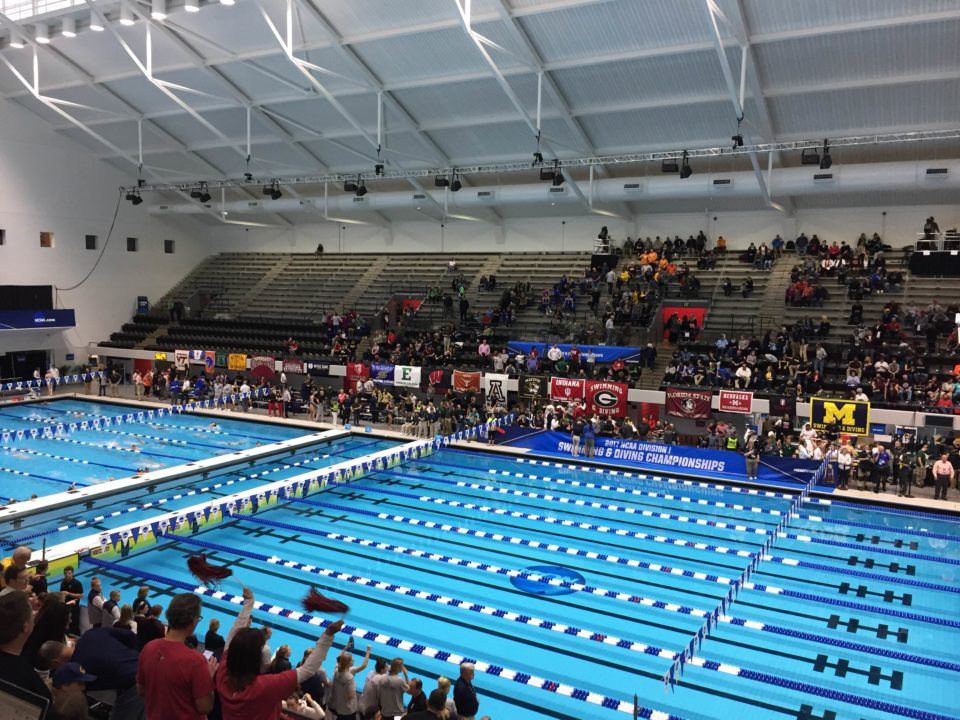 Purdue swept the CSCAA diving awards at the 2017 NCAA Championships, with coach Adam Soldati winning the Diving Coach of the Year title.

Soldati’s best-known pupil was Steele Johnson, who won both the 1-meter and 3-meter springboard titles. Johnson, a sophomore coming back from a redshirt season, dominated in his return with titles on Thursday (1-meter) and Friday (3-meter). Johnson was the NCAA runner-up in platform on Saturday night.

Purdue led all programs with 4 NCAA diving qualifiers, and all four scored points. Brandon Loschiavo was 4th on platform and 13th on 3-meter. Joseph Cifelli took 6th on 1-meter and Max Showalter was 11th on platform.

Purdue’s divers scored 94.5 of the team’s 106.5 points. By themselves, Purdue’s divers would have placed 16th. As it was, Purdue was 13th as a team, the second-highest Big Ten program behind only Indiana.

Johnson was also honored with the Diver of the Year award from the CSCAA for his two-win performance.