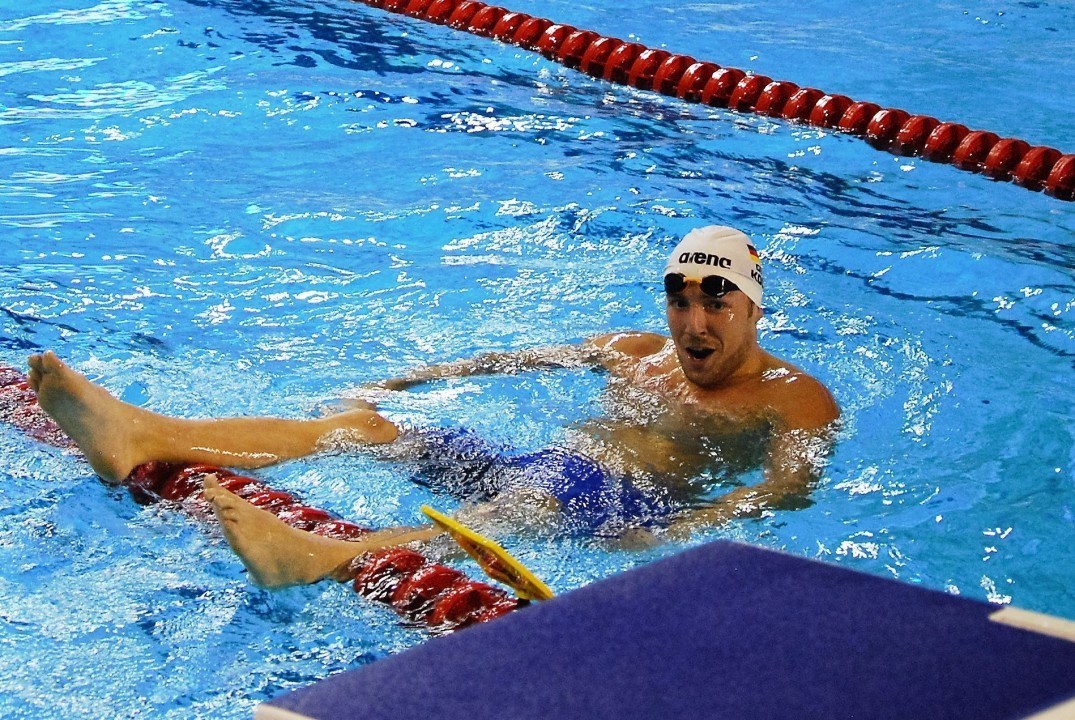 German head coach Henning Lambertz said during the opening press conference on Wednesday that the German Swimming Federation will focus in the future on long course and only Olympic events and he explained the absence of most of the German top swimmers: “Some swimmers took a break after the Rio Olympic Games, some are thinking about their future swim career and some already focus on the next long course season and are in heavy training with long sets in the water.”

Only a few German swimmers who competed at the Rio Olympic Games are in Berlin like Marco Koch, Philip Heintz, Franziska Hentke and Christian Diener  (Hentke and Diener don’t swim their main events). So Lambertz think that only a small German roster with about only 10 – 15 athletes will travel to Windsor for the 2016 Short Course World Championships.

On the first day, many youngsters took the chance and stand on the the podium at German National Championships for the first time – and many German age group records were broken.

15-year old Celine Rieder touched the wall first in the women’s  800 m freestyle – in a new age group record of 8:25,50, second place finisher was Isabel Marie Gose in 8:32,05 – also a record for girls born in 2002. (In Germany the year of birth counts for the classification by age group.)

Poul Zellmann and Florian Wellbrock showed the audience that a 1500 m freestyle race could be very close and thrilling: Zellmann finished first 14:33,33 followed by Wellbrock in 14:33,46. They now sit 3rd and 4th in the world ranking.

Lisa Höpink who celebrated her 18th birthday yesterday, is the new German champion in the 200 m butterfly in a time of 2:08,22 Minuten. Julia Mrzozinski (16) set a new age roup record in the same race in 2:10,58 and took the silver medal.