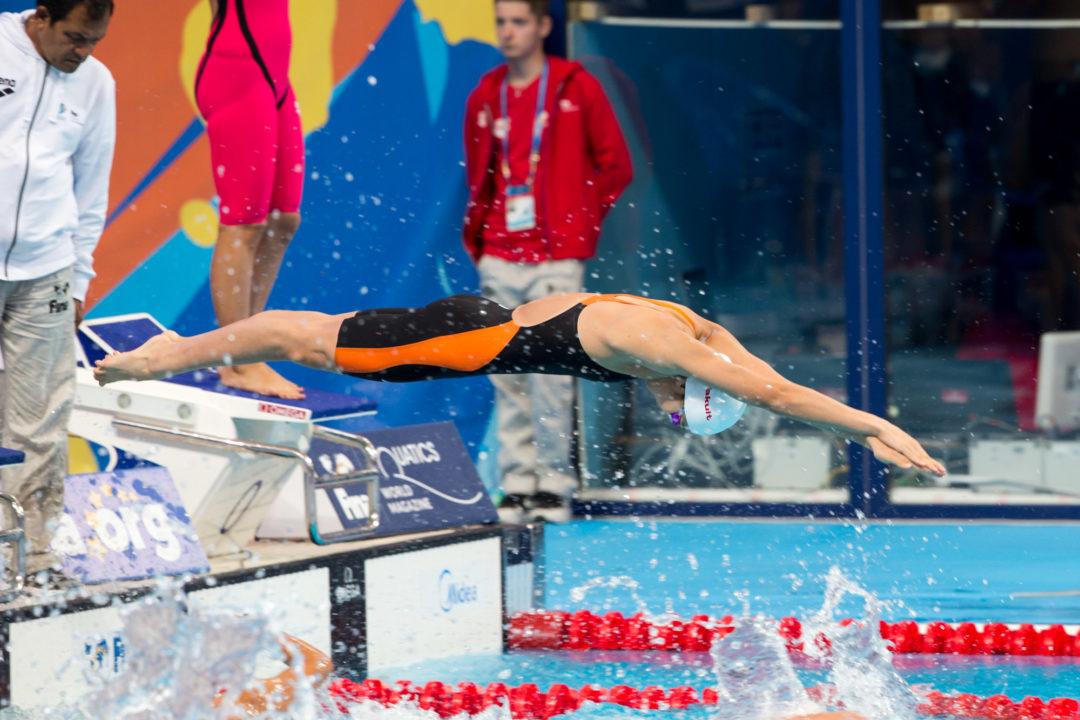 Day 2’s action in Tokyo saw championship records fall in 9 out of the 10 finals during tonight’s session, with Japan earning 6 gold medals. 16-year-old Rikako Ikee was one of the stars of the show, following up her 100m freestyle Japanese national record from yesterday with back-to-back sprint wins today. Ikee first took the women’s 50m butterfly event in a time of 25.74, overtaking the old meet record of 26.09. She then crushed a 50m freestyle gold medal-winning time of 24.90 to surpass the old meet record of 24.94, which was registered just this morning by Chinese swimmer Zhu Menghui.

Ikee holds Japan’s national records across the 50m/100m freestyle and 50m/100m butterfly events, while also holding the 50m free and 50m fly World Junior Records. With the next Summer Olympic Games being hosted by her home nation of Japan, if Ikee should continue her rapidly rising trajectory, the teen could be one of her country’s mega stars of 2020.

Japan’s Ippei Watanabe, the breaststroker who scored an Olympic Record in the 200m event in Rio semi-finals before ultimately placing 6th in the final, took the 100m sprint race today. En route to the top of the podium in Tokyo tonight, Watanabe established a new championship record of 59.99, the only swimmer to submit a time under the minute mark. Watanabe crushed the old meet mark of 1:01.26. In fact, the top 4 swimmers of the competitive field all checked in with times under the previous record.

The only race not yielding a championship record was the men’s 400m freestyle. Korean Park Tae Hwan took the win in 3:44.68 to signify the only swimmer to dip beneath the 3:50 threshold, most likely tempering his effort based on how he comfortably held at least a 4 second lead through most of the race. The time was enough to easily beat out the field tonight, but is off Park’s swift personal best of 3:42.53 set just last month at his nation’s Sports Festival.

The 2020 Tokyo Games will be the Penny vs Rikako show.

100 fly and 100 free?
No more Sjöström on fly? No more Simone and an Aussie girl on free?
Sure Ikee seems programmed to peak at home in 2020, sure Oleksiak has her best years to come but the competition will be tough for both girls.