Morozov puts up first 47 of the year at Russian Nationals 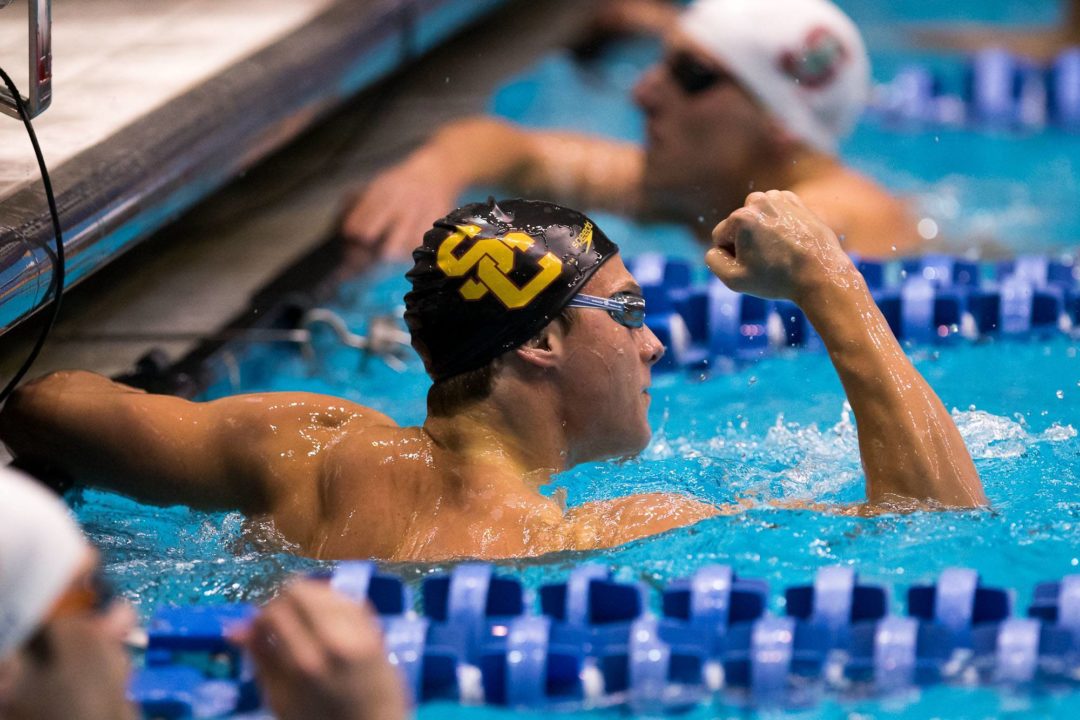 Vladimir Morozov is having what you could call a good year since London. He started out by winning both the...

The Danish Swimming Union has announced that Merete Riisager will be taking over as director, filling a role that has been vacant since February 2020.

Vladimir Morozov is having what you could call a good year since London.

He started out by winning both the 50 and 100 freestyle at the World Short Course Championships in Istanbul, setting a Russian national record in the 50 posting a time of 20.55. Then there was this little meet a few weeks ago, the NCAA Championships where he won the 100 yard freestyle in a time of 40.76, breaking Cesar Cielo’s NCAA record of 40.92. He also won the 50 yard freestyle and if that wasn’t enough he broke 18 seconds in a relay split posting a 17.86.

Less than a month later in the first four days Russian National Championships Morozov has won the 50 backstroke, breaking the national record in the semi-finals (24.80) and qualified for Barcelona in the 100 backstroke finishing second in a time of 53.70.

On day five of the event Morozov became the first person in the world this year to go under 48 in the 100 freestyle. The 20 year old Russian won the men’s 100 freestyle in a time of 47.93. Coming into the meet his best long course time had been 48.55 which he did at the Russian National Swimming Cup in June of last year.

Nikita Lobintsev and Danila Izotov were not far behind. Lobintsov posted a time of 48.17 just one one-hundredth of a second ahead of Izotov who finished in a time of 48.18.

Morozov’s night was not done there, he went on to record a 27.81 to qualify for the top spot in the 50 breaststroke final.

Veronika Popova finished third in a time of 58.98.

After choosing to forgo the 200 backstroke because of a foot injury, Anastasia Zueva went on to win 100 backstroke in a time of 1:00.24 and today qualified first for the 50 backstroke final recording a time of 28.57. She was followed by 14 year old Daria Ustinova, who continues to have an outstanding meet. Ustinova posted a time of 28.75 breaking her own junior national record of 28.92.

The top two finishers in the women’s 100 freestyle qualified first and second for the 200 freestyle final. Veronika Popova was the top qualifier finishing in a time of 1:58.66 followed by Victoria Andreeva who posted a 1:59.51.

In the semi-finals of the men’s 100 butterfly Evengy Koptelov posted the top time of 52.28 followed by Nikita Konovalov who finished in a time of 52.57. The times currently rank third and fourth in the world.

Arkady Vyatchanin, winner of the 100 backstroke, qualified first for the 200 backstroke final in a time of 1:59.62.

Very impressive 100 free swim by Vlad. Overall, the Russian men’s 4×100 team looks awfully strong, and I could see them fighting for the gold medal this summer. Vlad is just a machine. Swimming the 100 back, 50 back, this, and then the 50 breast. Am I missing anything? Keep an eye out for Vlad in the 50 free, I predict the textile record could be under threat. I didn’t think Vlad, given his physical limitations, would be much of a factor in the 100. I’m glad Vlad proved me wrong.

Before that bandwagon jumps out of hand. I’d like to note that he dropped 0.6 in the 100. For him to get close to the textile record, he needs an even bigger drop in the 50. That said, it should be challenging enough for him to get the world lead over Manadou, though I was wrong about him earlier.

the 50 is his better event with his fast tempo. maybe i’m being optimistic, but I think his goal of 21.50 is in reach.

JOHN26,
that depends how sprint prone is Morozov training.

For the relay, will they be able to get Grechin on the team? He only finished seventh but on form he is a 48.1. If they get a 47 and three very low 48s they are near favorites.

worth remarking that Vlad Morozov has finally bumped Alex Popov to #2 all time for Russians in textile.

scratch that. #3. Gretchin’s been faster

So Popov has now been relegated as #4 all time textile among the russians.

Oops, more mistake on my part: Popov is actually #5:

If Russia include Grechin in the team, their relay will be the most balanced, by far.