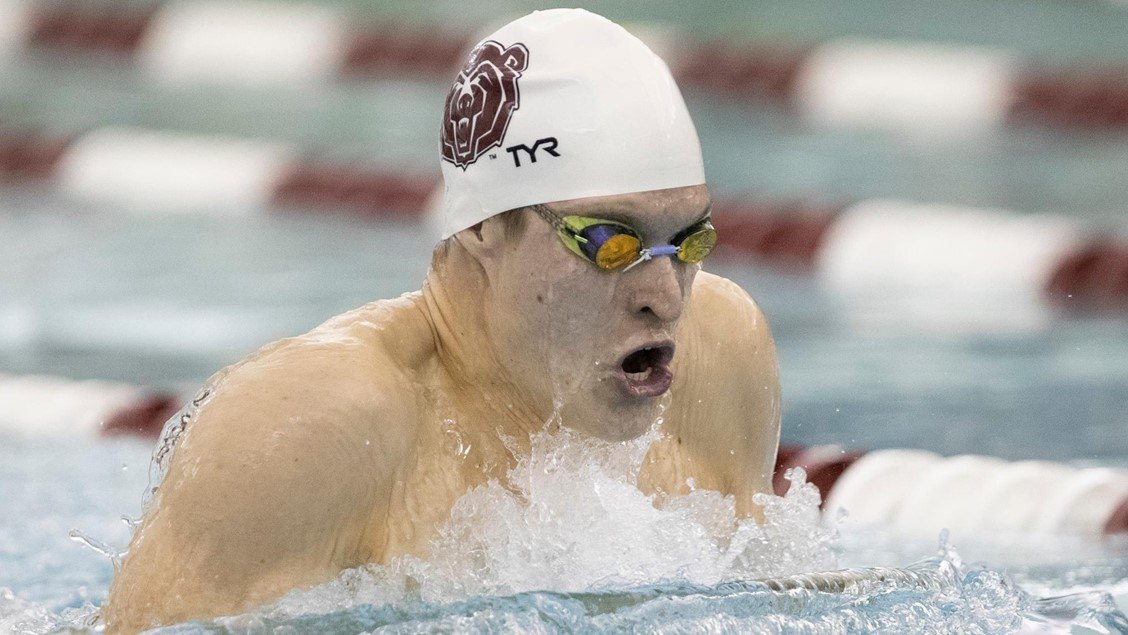 CLEVELAND, Ohio – Senior Artur Osvath‘s record-shattering effort at the Shamrock Invitational earned him Mid-American Conference Swimmer of the Week accolades, as announced by the league Wednesday.

Osvath set both the Rolfs Aquatic Center and MSU team record with a time of 1:53.68 in a 200 breaststroke time trial at the Shamrock Invitational. The time is currently tied for fifth in the country and will guarantee him a spot in the NCAA Championships.

He concluded his final regular season meet by posting a 1:43.98 in the 200 butterfly, setting yet another pool and MSU team record amongst nationally-ranked programs. Osvath’s times in the 200 breaststroke and 200 butterfly also surpassed the standing MAC records.

The selection is Osvath’s 12th of his career, with it being his third this season.

Missouri State men’s swimming and diving will resume competition at the MAC Championships from March 4-7 in Oxford, Ohio.