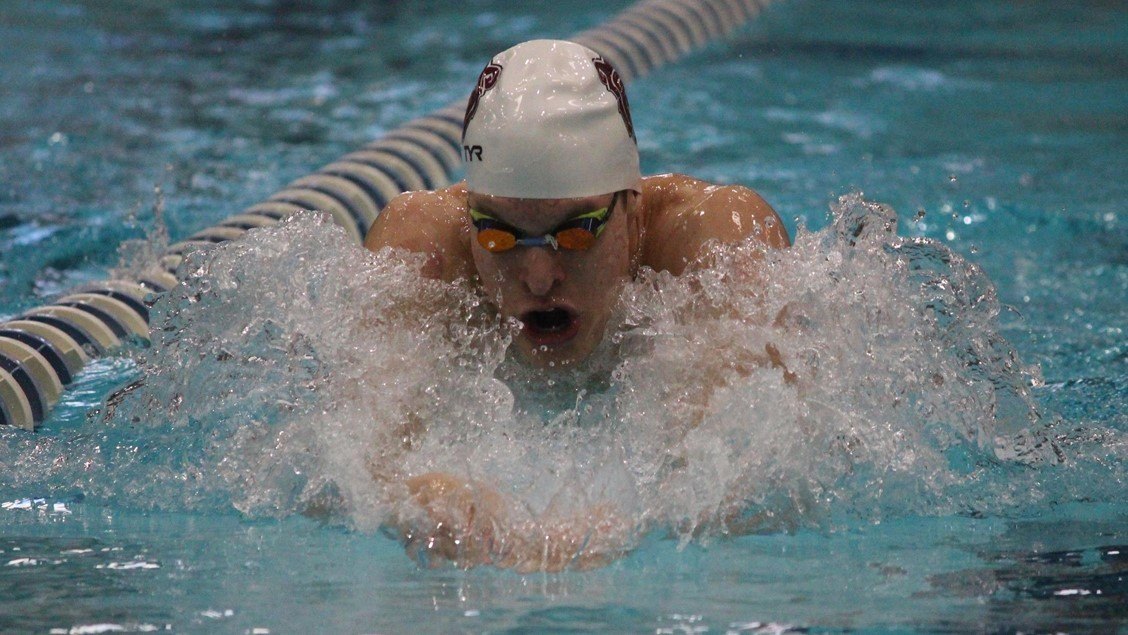 Some cool insight into our Swim of the Week: after we recognized Missouri State's Artur Osvath for his school-record 200 breast, Missouri State associate head coach Chelsea Dirks-Ham reached out with a specific set he used in his preparation that week. Archive photo via Missouri State Athletics

A big thanks to Dirks-Ham and the Missouri State program for sharing this bit of coaching intel. The set pairs some “buckets” (resistance-based swimming attached to a bucket of weight, sometimes known as “Power Towers” or “Pulleys”) with 50s at 200 pace. You can see it below in Dirks-Ham’s tweet, or reproduced below that:

This is one of my favorite sets to have Artie do during his taper. He always responds well to the resistance of the buckets going into the pace 50’s with a strong stroke count. His ability to hold smooth 28’s gave us a lot of confidence for his race! pic.twitter.com/TZzwdmFk0e

While not every coach will have access to buckets (or the ability to run a set like this with a larger group), the effect could be roughly replicated with parachutes, stretch cords or even a drag suit.

This is great. I was a short-axis swimmer (fly), and resistance was one of the most effective training tools I used. In short axis, every stroke you accelerate quickly with the stroke/kick, and decelerate on the recovery. When something is constantly pulling you back, you REALLY feel the deceleration and maybe even start moving backwards during that time. That helped my body learn the best muscle memory, positioning, and tempo to minimize that deceleration.

I wonder how different his time would be if he didn’t do 4 dolphin kicks off each wall haha!