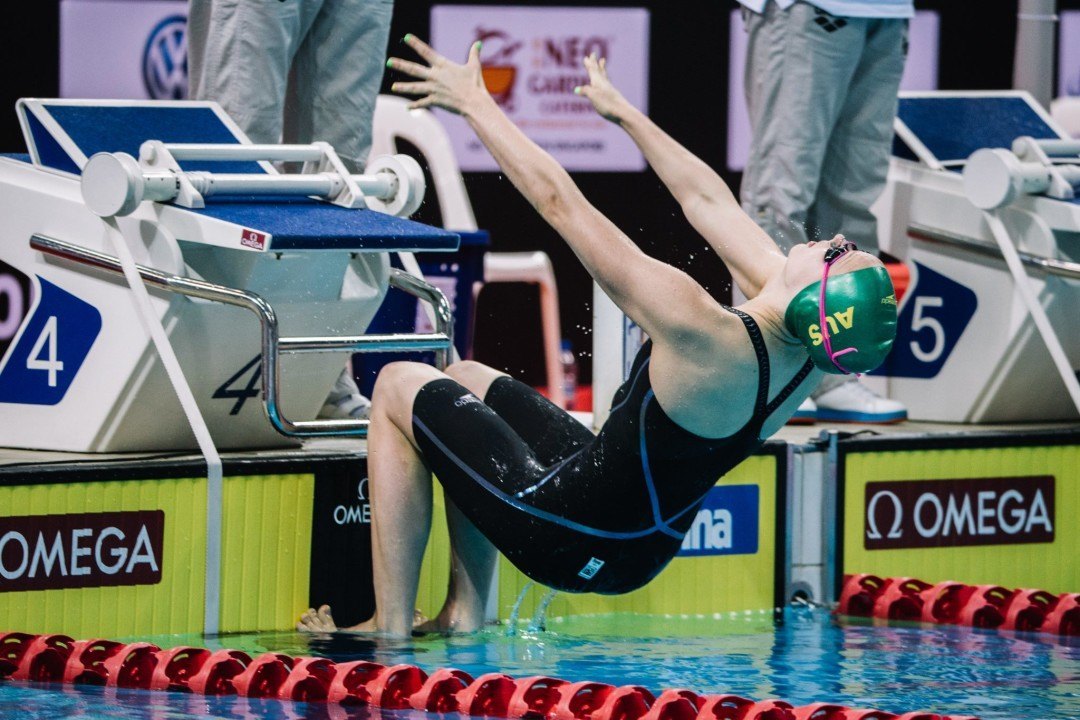 Previously tied for the Junior World Record in the 100 backstroke, Australia's Minna Atherton nabbed the record all for herself Wednesday with a 59.37 at the Queensland Championships. Archive photo via Adrian Seetho/Singapore Swimming Association

Previously tied for the Junior World Record in the 100 backstroke, Australia’s Minna Atherton nabbed the record all for herself Wednesday with a 59.37 at the Queensland Championships.

The 15-year-old Atherton was the Junior World Champ earlier this year, and her trajectory only continues to skyrocket – Atherton’s new time sits #4 in the world for this season.

Atherton should still have two more full years to lower the record – FINA determines ages for its Junior World Records based on December 31st of the year – so the 15-year-old Atherton will turn 16 at some point next year, 17 the following year, and only the year 2018 will she officially age up, meaning all her swims that year will be considered to be at the senior level, per FINA’s definition.

Atherton continues to rewrite Australia’s record books as well. In her swim at the Queensland Championships, she broke her own national age group mark and broke Australia’s junior all-comers mark (for the fastest junior swim ever done on Australian soil by an athlete of any nationality) that was previous held by world champ Emily Seebohm.

Our full recap of the Queensland Championships is here.