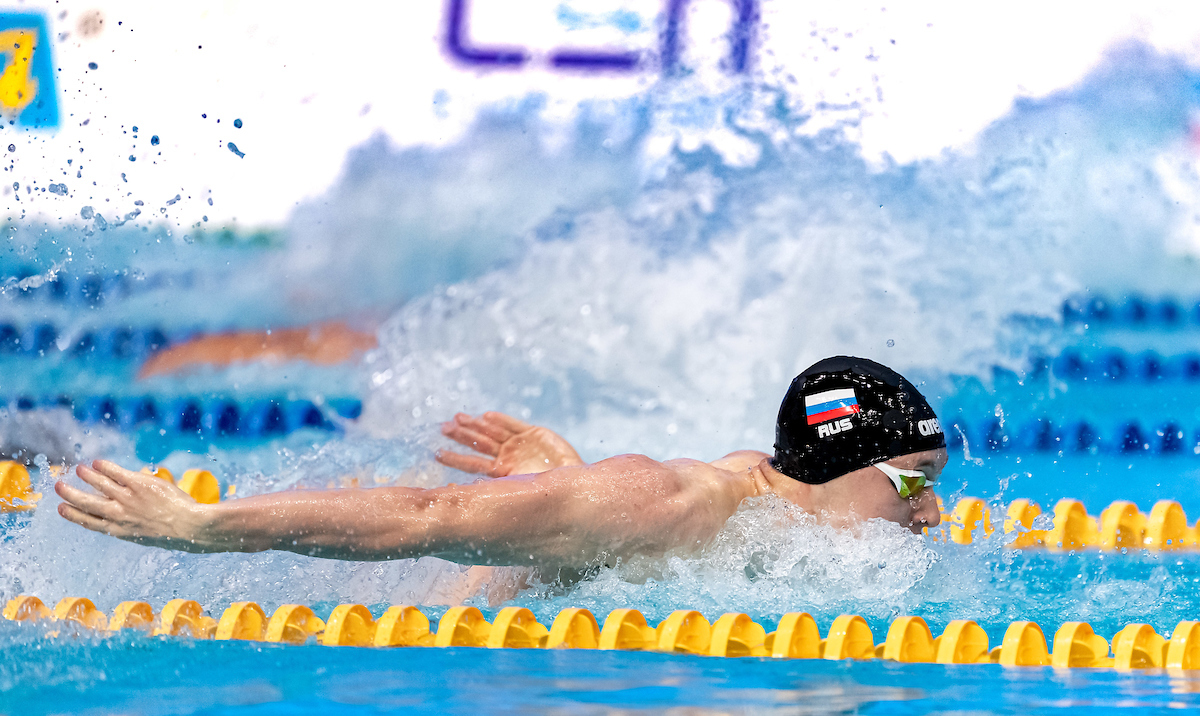 19-year-old Andrei Minakov paced the men's 100 fly heats in a time of 51.48, falling just over a tenth shy of his season-best time. Archive photo via © G. Scala/Deepbluemedia

One session removed from earning his first Olympic berth, 19-year-old Andrei Minakov delivered a strong preliminary swim in the men’s 100 butterfly at the 2021 Russian Olympic Trials.

Minakov, the runner-up in Wednesday night’s 100 freestyle, clocked 51.48 in the 100 fly to earn the top seed by half a second, falling just over a tenth shy of his season-best time. His 51.37 showing from October’s Russian Championships currently ranks him sixth in the world for 2020-21.

Minakov’s best time stands at 50.83 – also the current Russian Record – which earned him the silver medal at the 2019 World Championships.

Qualifying second into the semi-finals was Mikhail Vekovishchev, who clocked 51.94 to move into 20th in the world. Vekovishchev owns a best time of 51.56, and is still looking to qualify for the Olympics.

Looks like Mikhail Vekovishchev qualified fastest from the semis in 51.40. Exciting race tomorrow.