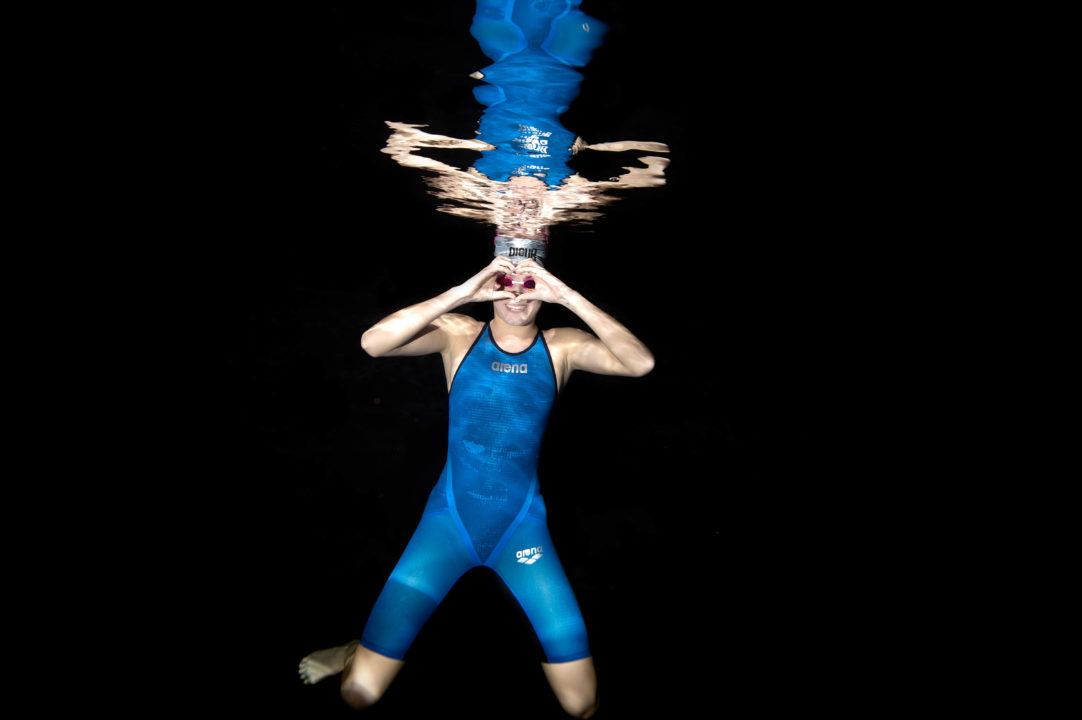 Mie Nielsen went the 10th-fastest 50 back this season to add another event to her lineup for Worlds. Archive photo via Mike Lewis/Ola Vista Photography

After winning the 100 back last night, Mie Nielsen touched first in another event, the 50 back. Her bread-and-butter, sprint backstroke, Nielsen was the class of the field with a 28.22 for the win. No other swimmer broke 29 seconds, though Nielsen was off of her lifetime best of 27.63 from the 2015 Kazan World Championships. Nevertheless, she adds the 50 back to her 2017 Worlds schedule, as her time was under the FINA ‘A’ standard and she has already qualified in the corresponding 100 backstroke race.

Nielsen now ranks 10th in the world in this event, moving up from 12th.

Meanwhile, 19-year-old Emilie Beckman confirmed two individual swims for herself in Budapest this summer at Worlds. Beckman had already qualified for the 400 free relay after finishing fourth in the 100 free (the combined top four were under the Danish qualifying standards), and swam a 26.13 to clear the FINA ‘A’ cut in the 50 fly.