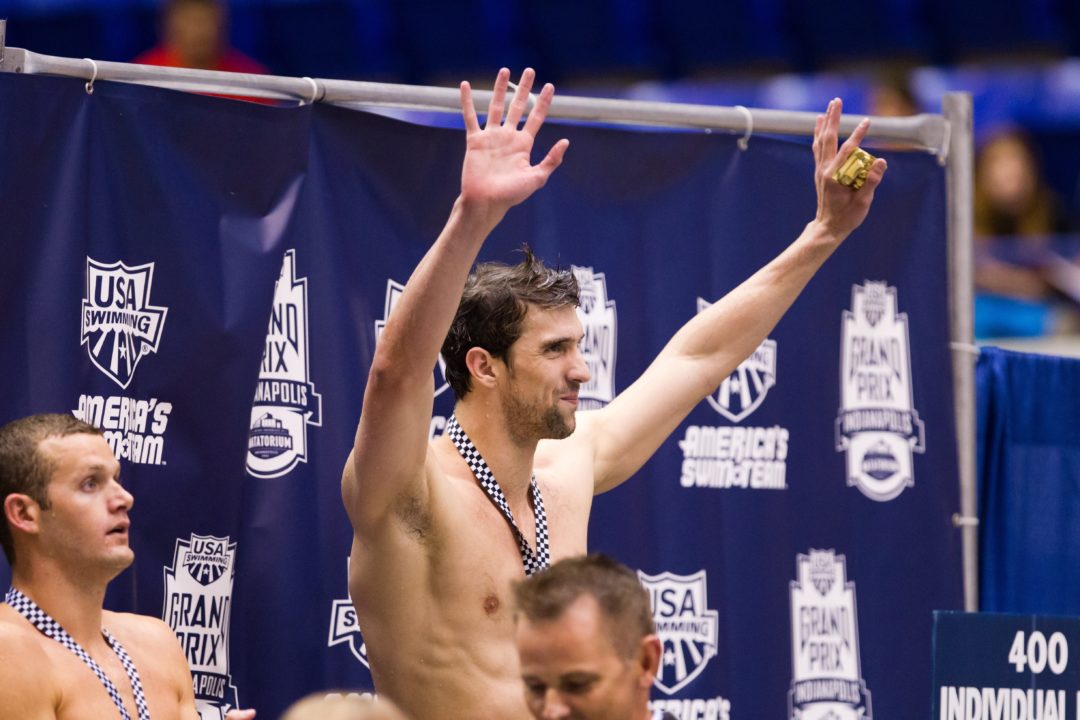 The putt goes over three ridges, and ends up taking almost a 90-degree right turn in total. That was followed by a great Phelps victory dance – a much more lighthearted reaction thanwe see when he similarly wows us in the pool.

If you watch the video again, you can clearly see that he is putting from the fringe, therefore no penalty.

He must have been ruled to have been off the green from where he putted, so stick can stay in without penalty.

Great shot and a 2 stroke penalty. The putt needs to happen with the flag / pin removed.

What’s up with that?

Absolutely amazing! And very funny. Though I’m a little concerned he is peaking too early. Still needs work om his periodisation. With golf back on the Olympic roster, will we see him in Rio after all? Else we introduce aquagolfathon in 2020.

How freaking cool was that!!!

Pretty nuts, hitting a putt that long has gotta be rarer than a hole-in-one. (Though, both involve a hell of a lot of shit luck.)

Great guy , what ever are the comments above ! which means , when u feel the groove for
something , magic happens .

Shot of the year? Congrats to Michael! A legend is still a legend.