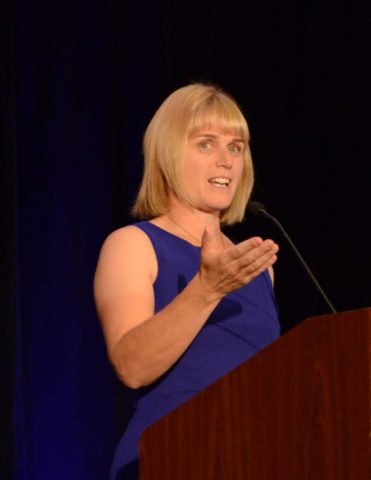 Megan Oesting of Eastern Iowa Swim Federation was named the American Swimming Coaches Association’s 2019 Fitter and Faster Age Group Coach of the Year at the ASCA World Clinic Awards Banquet in Dallas, Texas on Thursday, September 5th. The 20-year coaching veteran from Iowa was selected from an original group of 50 nominees that was then whittled down to ten finalists based on the results of public voting online.

The list of nominees included the top 50 coaches based on a scoring of USA Swimming national rankings for the 9-10 and 11-12 age groups. Oesting produced two swimmers (Mason Turner and Parker Macho) with a total of five number-one rankings for the year on USA Swimming’s national age group lists. Her swimmers appeared 23 times among the nation’s top-20 for 2019. No other nominated coach had more than 19 top-20 swims and only one other had 5 number-ones.

A former All-American swimming at UCLA, Oesting founded Eastern Iowa Swim Federation in 2016. Her swimmers have broken over 40 Iowa Swimming records, posted more than twenty-five All-Time Top-100 swim, including 12 in the top-10, and one National Age Group Record (Mason Turner, boys’ 11-12 500-year freestyle). Oesting was head coach of the 2019 USA Swimming Southern Zone Select Camp in Louisville and was an assistant at the 2018 USA Swimming National Girls Select Camp in Colorado Springs. As a swimmer, she won three Junior National titles and represented the USA on the National Junior Team in Paris and East Berlin. She won gold in the 4×100 free and silver in the 100 free at the 1991 Pan American Games in Cuba and was ranked 18th in the world in the 100 free.

This is the sixth year that ASCA has partnered with Fitter and Faster to identify the top age group coaches in the United States. Previous ASCA Age Group Coach of the Year recipients include: 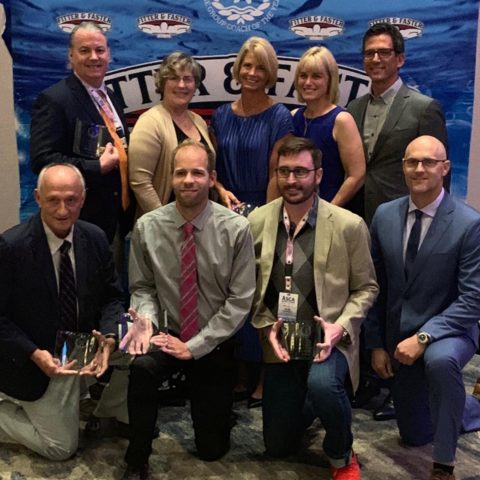