Meet the First-Timers Club on the 2017 U.S. Worlds Team 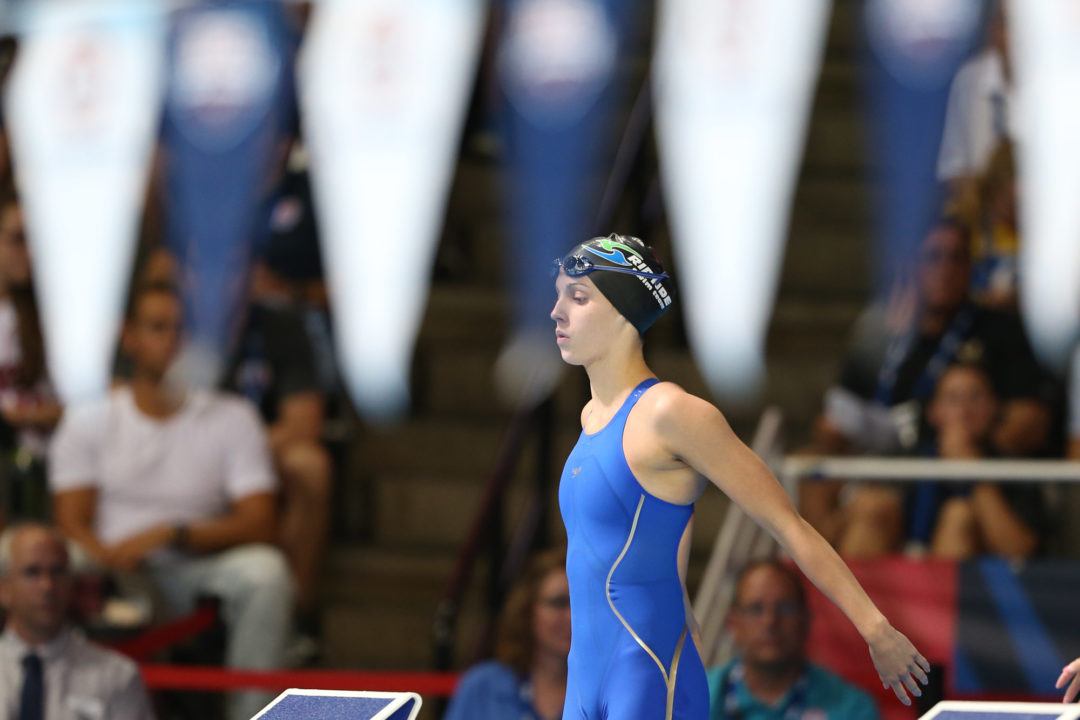 As we’re just two days out from the start of pool swimming at the 2017 World Championships, it’s time to meet the rookies on the U.S. roster. Seven women and eight men will be heading to their first-ever LC Championships. Note that none of the following swimmer has been to an Olympics, either.

Bethany Galat makes her first major roster after finishing third at the Olympic Trials– twice. She was third in the 400 IM and 200 breast, but had a redeeming 200 breast in Indianapolis to rightfully earn her spot on this roster. Her Texas A&M teammate Sarah Gibson is no stranger to that third place finish, after touching 3rd in the 200 fly in Indy. Gibson, though, bounced back to take 2nd in the 100 fly to make the team. Other college-age swimmers on the women’s roster include Texas’s Madisyn Cox, Missouri’s Hannah Stevens, and Louisville’s Mallory Comerford. Cox had a very strong 200 IM at the end of the meet in Indy, while Stevens had a surprise win in the 50 back and Comerford loudly established her place as a top American sprinter with a 100 free win in Indy.

Meanwhile, two high schoolers make up the rest of the women’s rookie members. Dakota Luther stuck out a great swim in the 200 fly to qualify, while 15-year-old Regan Smith will be the team’s youngest member as she will race the 200 back in Budapest.

Most of the men’s newcomers were teammates at the 2016 FINA SC Worlds. Michael Chadwick, True Sweetser, Pace Clark, Abrahm Devine and Zane Grothe were all competitors in Windsor. Still, this is the first major LC summer meet for all five of them. This is the first international meet, at all, for Zach Apple and Justin Ress, who have enjoyed a wealth of improvement since they got to their respective schools, Auburn and NC State. Additionally, it’s Robert Finke‘s first big meet, too, as he’s swimming the 1500 free in Budapest.

I’m interested in seeing what Zach and Zane do. They are opposites in confidence.

Zane has his coaches by his side. That’s definitely a plus.

Swim Swam needs to get a photo of Robert Finke.